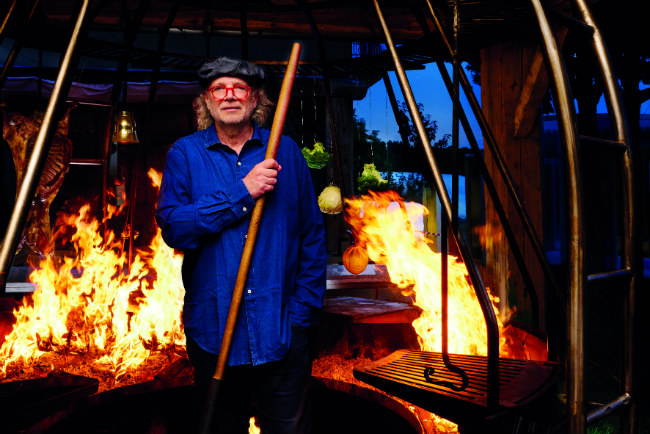 The news that Argentinian chef Francis Mallmann had opened a new restaurant at the Château La Coste – a stunning wine estate outside Aix-en-Provence that also has the best recently-opened hotel in the south of France and one of the country’s most intriguing open-air art collections – immediately struck me as some kind of a small miracle. Let me explain.

Six years ago I found myself driving through the lush green pampas of Uruguay in a tiny car that was barely able to ford the many muddy brown streams that were swollen by the rain pounding the steel roof of my dodgy little vehicle like a drum.

My destination was Garzón, in the backcountry of Punta del Este, Uruguay’s glamorous beach resort, and the reason I was heading to this remote little town that had nearly died after it lost its rail service was to stay at Mallmann’s country hotel and taste his celebrated South American grill food.

The drive was nerve-racking, both due to the weather and a near total absence of road signs, but after playing heads or tails at a dozen forks in the road I arrived in Garzón just as the sun came out, so the sleepy little place was enveloped in steaming mists, and the fat palm trees surrounding its main square were covered with glittering rain drops. I was hungry when I found the low-slung hotel, and then surprised by its casual chic when I went inside. It was perfectly tasteful in a studiously but winningly off-centre and slightly dishevelled way, with wood-framed sofas and old armchairs, huge piles of art books, faded floral chintz here and there, and a big white porcelain bowl of lemons piled up in a tidy pyramid on a sideboard. 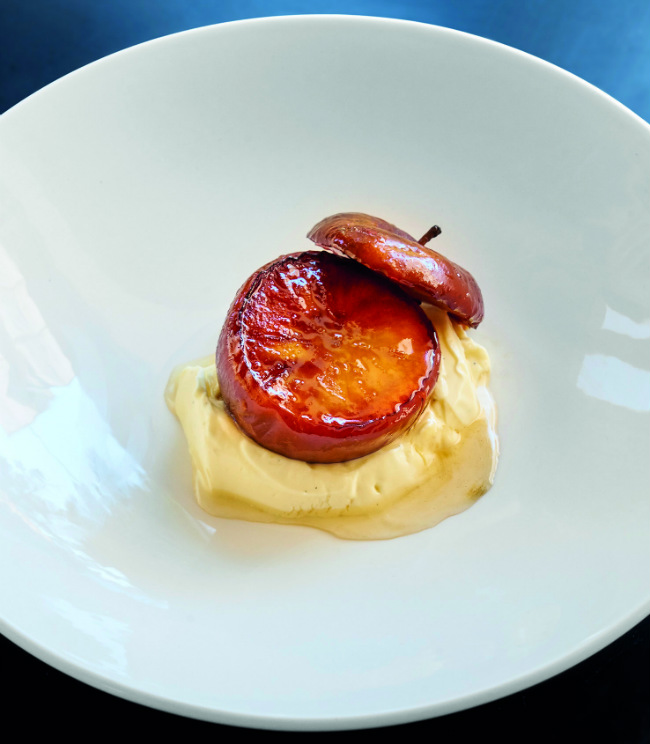 I was the only guest at the hotel off-season, and it was already almost 2pm, so I threw my bag in my nice little room with a Victorian washstand that had been made many years ago in Birmingham and went immediately to the dining room, where I had a spectacular lunch. This fine feed led to an epic nap, from which I emerged just in time for dinner, and another superb experience of Mallmann’s primal and distinctively South American grill food. When I left the following morning, I was melancholy, because it seemed very unlikely I’d ever eat Mallmann’s cooking again, what with the distance between gentle little Garzón and my home in Paris.

Now, amazingly, he’d opened in Provence. So I hopped on a train and went for lunch, wondering along the way how the experience of Mallmann’s fare, which is based on cooking on an open fire, inside heavy metal domes, and in the ashes, could be translated to France. Mallmann, an Argentine who grew up in Patagonia, makes a speciality of flame-grilled meats and slow-baked vegetables, and in addition to Uruguay, he also has restaurants in Argentina, the U.S. (Miami), and now France, with a London table in the wings.

Well, the dining room at the Château La Coste reprises the same relaxed but confidently-tasteful hacienda-style decorative idioms I’d found so charming in Garzón, and most importantly, the food was every bit as succulent, potent and seductive as I’d remembered it. We began with an earthy but bright Mallmann signature: ash-baked beetroot with ricotta and a kumquat-orange reduction, and also sampled the morcilla (blood sausage) a la plancha with celery and grilled lemons and an excellent salad of courgettes cut into fine ribbons and garnished with toasted almonds, fresh mint and Parmesan shavings. 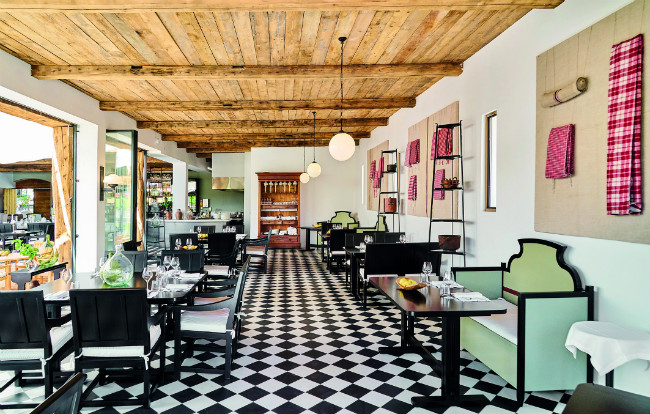 Main courses were outstanding, too. A slow-cooked entrecôte, which had dangled over an open fire for a long time, was juicy, pleasantly smoky and came with smashed, ember-roasted potatoes and a fresh chimichurri sauce of tomato, onion, capers and oregano in olive oil; while chicken cooked in the wood-fired oven was garnished with cabbage, potatoes and shallots.

We drank the excellent organic wines produced on the Château La Coste estate with this fine meal, and the only thing about this experience that wasn’t perfect was that we were deprived the best conclusion to Mallmann’s cooking: a siesta in the soft bed after lunch, because we weren’t staying at the hotel.

Previous Article Don’t Be a Tourist! A Casual-Arty Hotel in Paris for Connected Travellers
Next Article The Peace of Wild Things: Cruising the Canal du Nivernais in Burgundy