Book Reviews: How the French Won Waterloo by Stephen Clarke 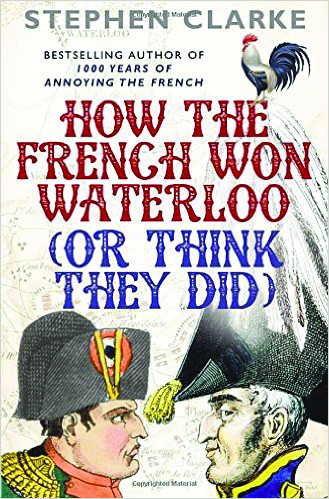 For someone who calls Paris home, British author Stephen Clarke has enjoyed a decent career poking fun at the French, since his novel A Year in the Merde became a bestseller in 2004. Published in hardback last year, to coincide with the 200th anniversary of Napoleon’s defeat by Wellington, How the French Won Waterloo (Or Think They Did) – to give the book its full title – sees Clarke exploring the ‘doublethink’ that still has this famous battle marked as a pyrrhic victory for the Emperor. As former French PM Dominique de Villepin put it: “This defeat shines with the aura of victory”.

Clarke sets about dismantling this façade of misplaced French pride with tongue in cheek, asking “Is it a classic emotional blockage, patriotism gone mad, or is there something even more subtly French at play?” What follows is a fascinating exploration of the battle and its aftermath, which ushered in a ‘national amnesia’ that, over the years, saw wishfulfillment turned into accepted fact.

How the French Won Waterloo (Or Think They Did) by Stephen Clarke. List price £8.99. Published by Penguin Books.