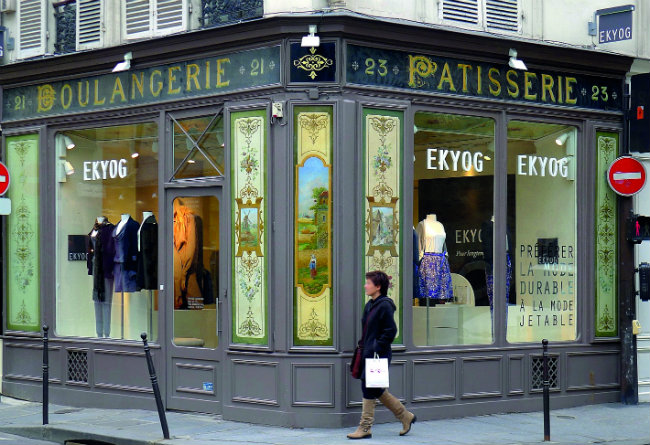 Starting near the Centre Pompidou, the rue des Francs-Bourgeois is a trendy shopping street in the Marais, one of the few in Paris where shops open on Sundays – although the rule is now increasingly being relaxed in tourist areas.

Anyway, back to the street. It was so named because back in 1415 a certain nobleman and philanthropist called Mazurier donated a mansion located here. Francs-Bourgeois translates loosely into ‘tax-free city dwellers’. By Mazurier’s instructions, the house produced accommodation for 48 of the poorest people; so poor that by their indigence they were not liable to pay any taxes, hence the tax-free status became the nickname of the house and later also applied to the street.

Today the area is popular for weekend brunches and leisurely strolls. Notable buildings include the ancient Hôtel Carnavalet that conceals the loveliest French garden beyond its imposing gates. The mansion once belonged to Madame de Sévigné, France’s great lady of letters, and today it houses the fascinating Carnavalet museum, keeper of the history of Paris.