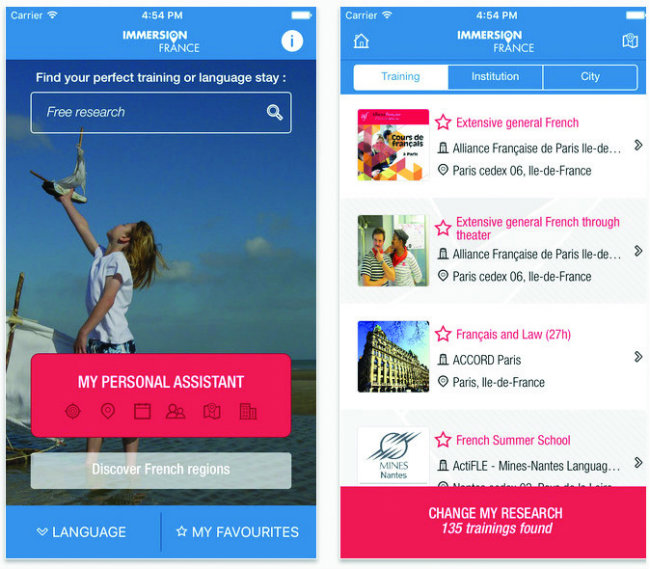 Language learning in France is big news (it’s the second most widely learned language in the world), bringing in thousand of visitors to the country. Estimates show that more than 130,000 students and foreigners arrive each year in France to study French, which is why the Ministry of Foreign Affairs and International Development and its operator, Campus France, have launched Immersion France, a free mobile app promoting tourism and language tourism in France for foreign tourists and language learners.

The app set-up is intuitive and finding a language learning centre is fully searchable by institution or location. For more experienced linguists keen to teach French to others there’s also a database of courses available around the country.

Immersion France is free from the Apple App Store and Google Play.