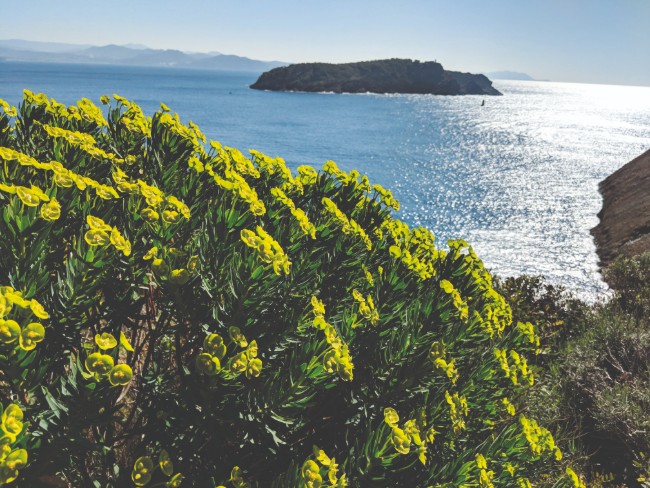 Having shared with you the beauty of our lively port city, La Ciotat, there is now one more thing to shout about: our coastline was recently crowned ‘La Plus Belle Baie du Monde’! Although it is physically impossible to crown a body of water, one could prop a couronne on one of the hundreds of dolphins that regularly grace our shoreline.

Our sparkling baie en croissant will boast this title all year, at which point another aquatic beauty gets to bask in the saltwater spotlight (past winners include Mont-Saint-Michel Bay and the Bay of San Francisco).

For now, we Ciotadins are gazing at our seafront with a new appreciation. And what better way to experience the splendour than from a historical boat?

Les pointus, as they are called, are the colourful fishing vessels you see bobbing in the port in Marseille, Cassis, Sanary and, here, in La Ciotat. And after wishing for one for decades (ever since strolling as newlyweds along the calanque of Sormiou) our dream has come true. We will soon be the lucky owners of one of these barques de pêche – built in 1925!

In the meantime, as Provençale bureaucracy kicks in (it’s like winning the lottery to get to buy one of these boats with its own slip), the current owner has granted us access. So, Jean-Marc and I recently enjoyed a relaxing sortie. 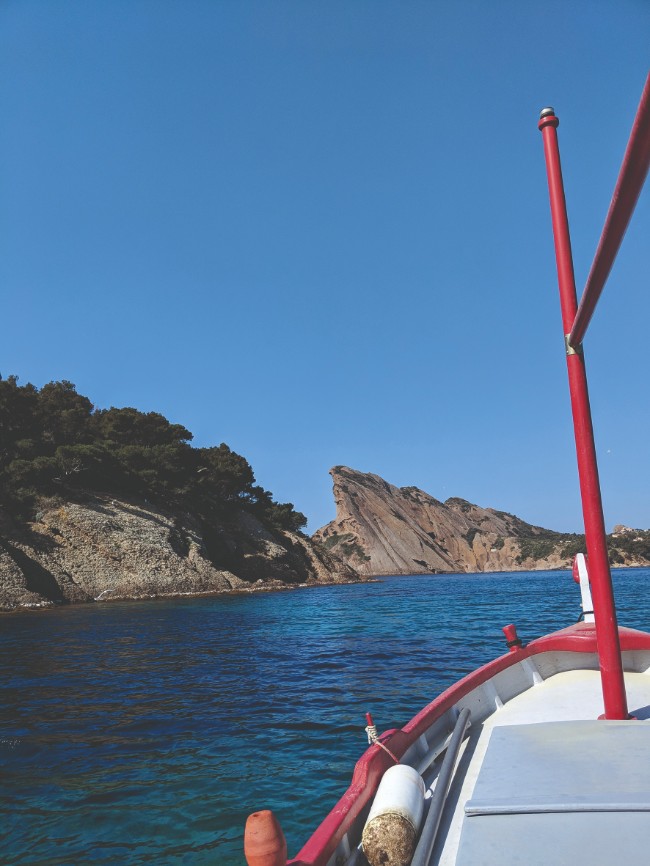 Kristin set sail aboard a pointu for a celebratory recce

After packing a thermos of tea (for the chilly sea breeze), a bottle of rosé, and some sweet and savoury goodies from la boulangerie, we set sail towards L’Île Verte – the nearest island, only 10 minutes away in put-put time. This 100-year-old barquette is slow; and so close to the water you can reach over the side and touch it.

Nearing The Green Island, Jean-Marc tossed the anchor overboard and we rocked peacefully for the next hour, enjoying the magnificent scenery – including Le Bec de l’Aigle, an impressive eagle shape in the rocky coastline – and gabians, that’s southern French for goéland, or seagull.

On this day the French air force flew jets overhead and with a whoosh they appeared over the island’s Mediterranean forest every quarter of an hour. What a spectacle! If only my husband had more to show from the end of his fishing line… It seemed the arapèdes he’d hooked there were not fooling the local daurade. Even les loups turned their noses. “Next time he should try cake,” I thought, as I began to doze off…

Lying there on the wooden sideboard, I dreamt I was eating une galette des rois, when suddenly I bit into the fève inside. My husband, following tradition, placed the cake’s cardboard crown on my sleepy head… but the wind carried it right off.

Searching for it in the distance, I spotted the golden glimmer, just as a dolphin disappeared underwater. “Oh, indeed!” I thought, waking up. The ‘Most Beautiful Bay in the World’ has received its deserved crown!

Previous Article Dining in Paris: Caïus in the 17th arrondissement
Next Article Parisian Walkways: Rue Charlot in the Marais District