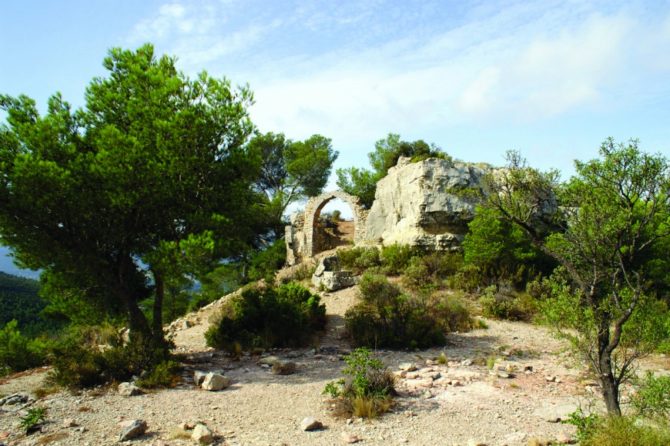 Several years ago, I visited Aubagne near Marseille to research a Christmas piece about the Santons de Provence, the city’s age-old tradition of crafting festive clay figurines known as ‘little saints’. While in Aubagne, I discovered that the French playwright, novelist and film-maker Marcel Pagnol is the pride of the city. He exposed the region of Provence to the world via his plays and books, and the numerous films he made of them between the 1930s and the 1950s. Thanks to such subsequent big screen remakes and adaptations as Jean de Florette (1986) and Manon des Sources (1986), his work continues to attract fans around the globe.

I later returned to Aubagne to explore Pagnol’s world, discovering that he was only born in the city because of his Father Joseph’s teaching post there, and that by the age of two, the family had moved away. Marcel was actually meant to be born in La Ciotat, at the home of Joseph’s sister, who was a midwife. However, as she went into labour, his Mother, Augustine, had a change of heart and returned to Aubagne. Amazingly, on the very same day that Marcel Pagnol was born, February 28, 1895, the Lumière Brothers shot – in La Ciotat, of all places – their groundbreaking 50-second film, Train Pulling into a Station, which wowed the world. Auspiciously, considering Marcel’s future career in film, the train they shot was arriving from Aubagne… 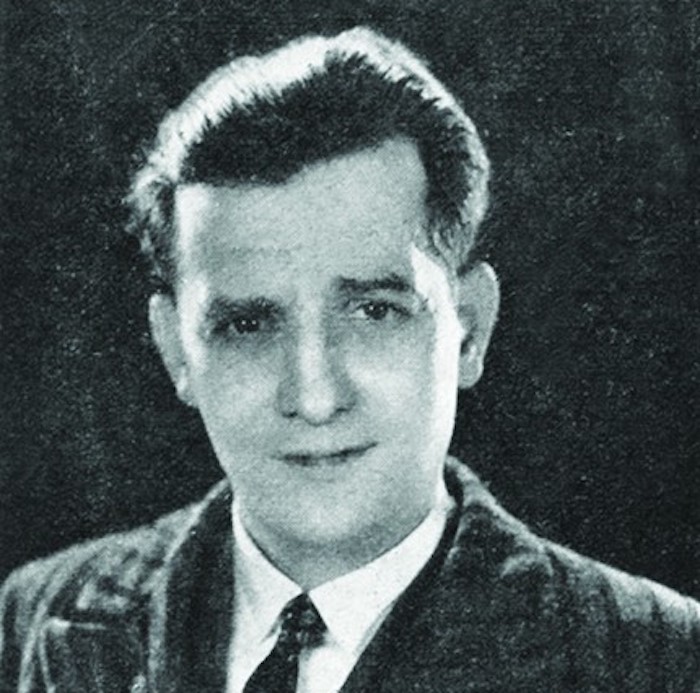 The family lived on the top floor of 16 Cours Barthélemy, and you can still view, to its far right, the window of the room where Marcel was born. In his autobiographical novel La Gloire de mon Père (1957), he recalled watching his Father who “among other giants, made prodigious leaps and tossed a mass of iron at an unimaginable distance”, playing the Aubagne version of Pétanque, which is distinct from the original and an officially accepted version of the game, which was invented in rivalling La Ciotat.

Today, you can visit a museum, Maison Natale de Marcel Pagnol, on the ground floor of 16 Cours Barthélemy – the top floor is privately owned – where the Pagnol’s family home has been faithfully recreated. It’s a typical late 19th century Provençal home, with its worn furniture, a kitchen, dining room, crockery, some clothing and a cradle plus a section devoted to archive documents, family photos and letters. Visitors can also enjoy a lovely short film with clips from Pagnol’s movies, interspersed with more recent colour footage of their Provençal locations, most of which are situated in the foothills of the Garlaban, the 715-metre mountain which overshadows Aubagne. 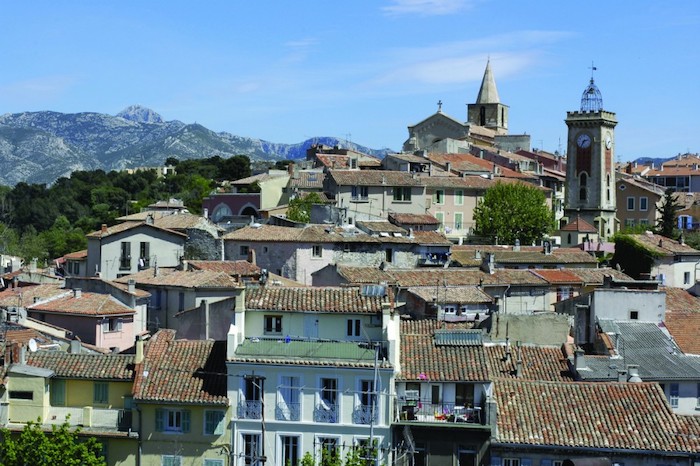 A rooftop view of Aubagne

My next destination was Le Petit Monde de Pagnol, where I had crossed Marcel’s path on my first visit. This display is where his world and that of Aubagne’s ‘little saints’ converge. Inspired by the Provençal nativity crèche, into which are introduced figurines of regional characters, a certain Monsieur Chave created a ‘santonnade’ of the famous card game in Pagnol’s play (and later film), Marius, much to the author’s pleasure. In 1974, when Pagnol died, the town’s santonniers came up with the idea of celebrating his life and work by crafting a large-scale Provençal crèche. They created a display featuring 200 clay figurines against a backdrop of a 2-tonne plaster model of the Garlaban.

Pagnol considered the rocky summit his Arcadia: “I was born in the town of Aubagne beneath the Garlaban decked with goats, in the last days of the goatherds”. In 1904, the family started to rent La Bastide Neuve, a holiday home situated above the village of La Treille, in the rocky foothills between Aubagne and Marseille. These were Pagnol’s happiest days, as charmingly depicted in his novel Le Château de ma Mère (1957). There he discovered the unconstrained freedom offered by nature, guided by Lili from nearby Bellons, “his little brother of the hills” who would be killed in World War 1. Sadly, despite his purchase of several plots of land where he shot his films, Pagnol’s dream to create a “Provençal Hollywood” in the area never came to fruition. These plots are still the property of the family Pagnol. 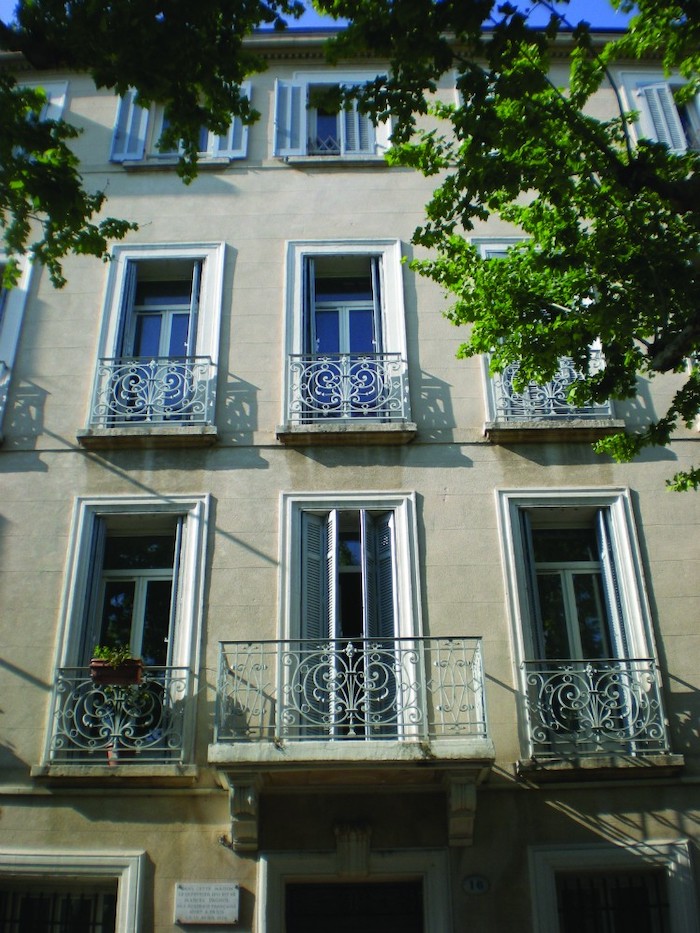 There is a wide choice of footpaths to traverse in the hills around Aubagne. Maps and advice can be obtained from the city’s tourist office. I arranged a guide, Georges Mérentier, who walked me through Pagnol’s childhood memories, outlined in his four-volume autobiographical work, Souvenirs d’enfance – this comprises La Gloire de mon Père (1957), Le Château de ma Mère (1957), Le Temps des Secrets (1960) and Le Temps des Amours (1977). We visited several famous locations from Pagnol’s films, including Raimu’s well, Angèle’s farm and Manon’s grotto. Most memorably, we enjoyed a leisurely picnic by the remains of the film sets built by Marius Broquier for Regain (1937), raising a toast to its lead character, Fernandel.

As we made our way through the sun-washed valley, below the summit of the Taoumé and above the Grosibou grotto, Georges brought alive the episode when young Pagnol lifted to the sky the missing rock partridges shot by his Father, the “glory” that gave La Gloire de mon Père its title.

We reached La Treille after a superb hike past La Bastide Neuve and La Pascaline, where Pagnol wrote the first pages of Souvenirs d’enfance. Manon’s fountain is still in the village next to the church. So is Le Cigalon, an excellent restaurant where Pagnol often had his meals.

Marcel is buried in La Treille, alongside his Mother and daughter, Estelle, who died in Monte Carlo at the age of three. The rest of the family – Pagnol’s Father and second wife, Madeleine; his brothers Paul and René; his sister Germaine, and René’s wife, Martine – share another grave in the same row. Down the steps lies the grave of Marius Broquier, and not far away is the resting place of Marcel’s childhood friend, Lili, under his real name, David Magnan. It feels like one big Provençal family. 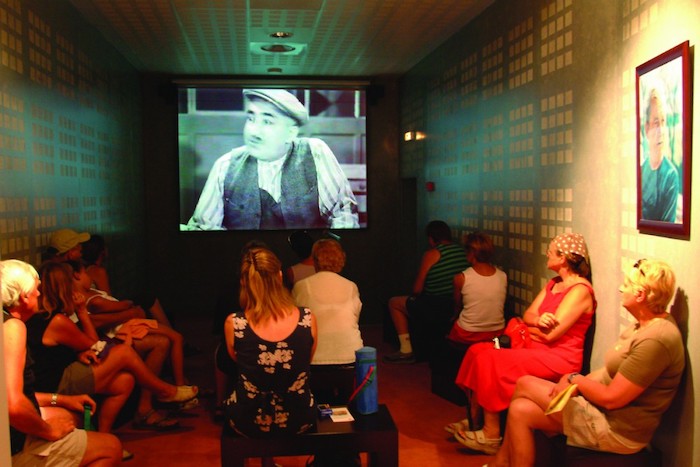 How to Visit Aubagne & the Garlaban 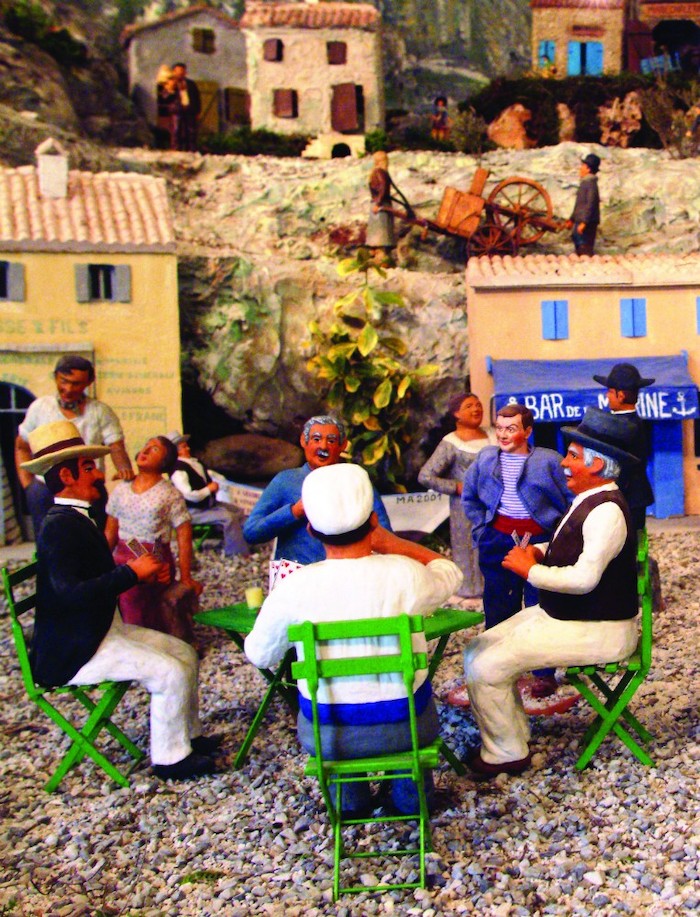