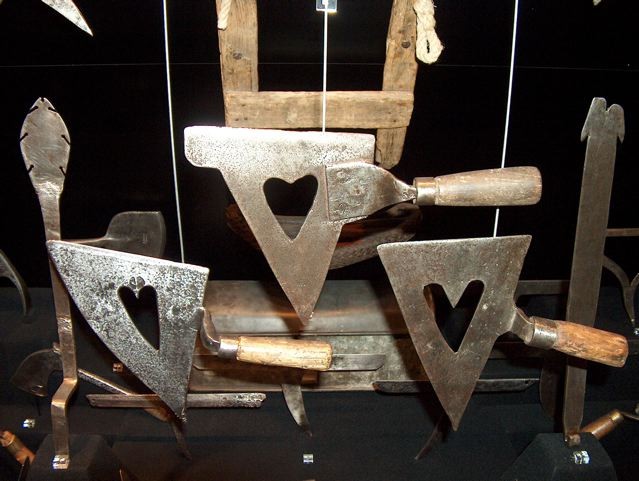 A well-traveled Parisian, visiting Troyes for the first time a few years ago, was so astonished at the beauty of its 15th- and 16th-century buildings, its art-filled churches and wealth of medieval and Renaissance stained-glass windows that he confronted the young woman at the cathedral’s information desk. Why, he demanded, had he never heard about this extraordinary city before?

Troyes takes almost all visitors—French as well as foreign—by surprise. This lively town of narrow cobbled streets and half-timbered houses in ochre, pink and yellow was once the brilliant capital of the counts of Champagne. Today it’s an unspoiled treasure trove of art and architecture, a thriving modern city that wears its past with elegance and charm.

Located in the Aube, the southern tip of the Champagne region, Troyes (pronounced Trwa, as in un, deux, Troyes) lies just 100 miles southeast of Paris. An easy hour-and-a-half train ride and a short walk from the station whisk you straight into the world of The Three Musketeers. The historic district is aptly shaped like a Champagne cork—a phenomenon dating from the 13th century, when ramparts protected the town. Originally a Gallic settlement, it was named for a tribe called the Tricasses, and during the Roman era it was an important stop on the trade route between Milan and Boulogne. Converted to Christianity in the 3rd century, the city remained under ecclesiastical rule until the counts of Champagne gained power in the 10th century.

The counts made Troyes their capital, enriching and embellishing the town and ushering in a golden age of prosperity. Thanks to the river Seine, which flows around the top of the cork, mills and tanneries flourished, and Count Thibault IV launched the Foires de Champagne, trade fairs that became famous throughout Europe—troy weight, a standard measurement set at those medieval fairs, is still in use today. When Count Henri I married Marie de France, daughter of King Louis VII and Eleanor of Aquitaine, fine arts and belles-lettres blossomed at the court, where musicians and troubadours rubbed shoulders with writers including Chrétien de Troyes, France’s first novelist, famed for his tales of Lancelot, Percival and the Holy Grail.

Champagne became part of France in 1284, when the last countess married the future French king Philippe le Bel, bringing the province as part of her dowry. After a brief period under English rule, Joan of Arc restored it to the French crown in 1429. A century later Troyes triumphantly entered into the Renaissance—sculpture and painting flourished, and the city’s master glassmakers, famous since the 13th century, created stained-glass marvels that still glow with vibrant colors today.

Ever since the Middle Ages, the city has had two distinct districts. The cité, in the rounded head of the cork, was an aristocratic and ecclesiastical enclave centered on the cathedral, while most of the other inhabitants lived in the cork’s stem. In 1524, after a fire destroyed most of the wooden buildings, the prosperous townspeople rebuilt in luxurious style, creating the historic district visitors see today. Half-timbered houses, their framework of oak beams filled in with a mixture of earth and straw, have overhanging upper stories that often rest on sculpted beams. Most houses are topped with pointed gables and tile roofs, and after spending centuries covered with increasingly grimy stucco—a protection against fire—many houses have now emerged in a rainbow of colors.

Troyes’s Old Town is compact, and the Tourist Office and most hotels offer a map that includes a walking tour linking its most important sites. Look for the narrow Ruelle des Chats, so named because a cat could jump across it from one roof to another. Sainte Madeleine, the city’s oldest church, was built in the 12th century and redecorated in the 16th, when its renowned jubé was added. A rood screen separating the altar from the body of the church, it’s a marvel of delicate stone lacework, its arches festooned with sculpted vegetation curling around tiny figures. The stained-glass windows are Renaissance gems now accompanied by well-written descriptions in French and English explaining how to “read” a window (left to right, bottom to top). Don’t miss the gorgeous 15th-century window depicting the creation of the world, behind the high altar.

The 13th-century basilica of Saint Urbain also has beautiful windows, as well as a lovely 16th-century statue of the Vierge au Raisin, a smiling Virgin holding not only her son but also a bunch of grapes, with a bird pecking at the fruit. The church of Saint Pantaléon houses an unusually large collection of statues gathered from churches and convents destroyed during the Revolution, now perched on walls, pillars and even balconies.

The city’s most famous church is the 13th- to 17th-century cathedral of Saint Pierre et Saint Paul. It’s remarkable both for its size and for the beauty of its soaring nave, but its most stunning adornment is the extraordinary array of stained-glass windows, ranging from 13th-century panels in the choir and ambulatory, with intense colors and large isolated figures, to 16th-century windows in the nave that are real paintings on glass with sophisticated compositions.

Next door, in the former episcopal mansion, the Museum of Modern Art is particularly rich in the Fauve artists, with a huge collection of paintings by André Derain. The Hôtel de Vauluisant, looking like a story-book turreted castle, contains two museums: The Musée d’Art Troyen displays paintings, sculpture and architectural elements of the southern Champagne region from the Romanesque era to the 16th century, and offers an up-close look at stained-glass art. The adjoining Musée de la Bonneterie evokes what was long the city’s most important industry—in 1745 the introduction of mechanical looms revolutionized the knitwear trade that had been producing hand-knitted stockings and bonnets (knitted caps) since the 16th century.

The most surprising museum is the Maison de l’Outil et de la Pensée Ouvrière (roughly translated, the house of tools and workers’ philosophy) housing a superb collection of worker’s tools, primarily 18th-century, artfully arranged and complemented with historic photographs. Don’t let the name put you off—it’s a wonderful glimpse into French social history, and the tools are works of art.

And what about the Champagne? While Reims and Epernay boast huge wineries, elaborate guided tours and tasting rooms, in Troyes the bubbly has a lower profile, although the Aube’s vineyards account for about a quarter of France’s annual Champagne production. The wineries are all outside of town, but an excellent booklet, Tourist Route in Champagne, available at the Tourist Office and in hotels, includes driving maps of the Champagne trail as well as information on tastings and special events.

For those without wheels, a good place to sample local Champagne by the glass is at Aux Crieurs de Vins. This popular, casual wine bar and bottle shop is stocked floor to ceiling with wine crates; it also serves a tempting selection of cold plates and one or two good-quality plats du jour for lunch and dinner. Regional Champagnes, as well as fine wines and spirits from all over the world are available by the bottle at the Cellier Saint Pierre, located in a venerable brick building on the Place across from the cathedral. The Cellier also produces its own local specialty, Prunelle de Troyes, a plum liqueur that’s been distilled on site since 1840.

Another way to appreciate the vintner’s art is by ordering a coupe—or even a bottle—of local Champagne with a meal in one of the city’s restaurants. A good bet is Le Valentino (named, says the owner, “for the seducer”), in a 16th-century house with a colorful modern decor, which serves excellent French food at reasonable prices. And if one day is not enough to sample the treasures of Troyes, book a room at the Relais Saint Jean, a delightful 25-room hotel right in the middle of the historic district. A sparkling mixture of medieval and modern, it has a nice little bar, a cheery breakfast room and a remarkably charming and helpful staff. Another good choice is the Champ des Oiseaux, located in a quiet district near the Cathedral and made up of several 15th- and 16th-century houses grouped around a flowery courtyard.

Originally published in the February 2011 issue of France Today; updated in September 2012