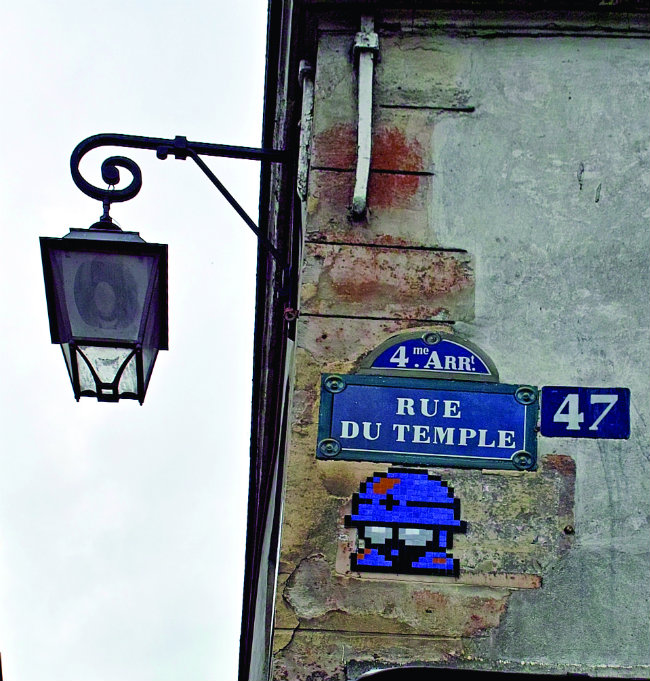 It is one of the oldest streets in Paris, running 1,335 metres and linking Rue de Rivoli and Place de la République. Rue du Temple is named after the Knights Templar, who set up their headquarters in Paris in 1140, building a formidable fortified city in what is today the Marais district.

As European support for the Crusades dwindled, other forces were at work that sought to disband the Order and claim the mind-blowing wealth of the Templars as their own. The last Grand Master, Jacques de Molay, was burned at the stake in front Notre Dame.

As he died he cursed Philip IV of France and Pope Clement V, saying that he would meet them with God before the year was out. Pope Clement died a month later, and King Philip died later that year in a hunting accident.

There are various legends concerning an incalculable treasure that some Templars managed to hide and has never been found; some speculate that they could be buried in the recesses of the fortress.

Jacques Hillairet writes in his Dictionnaire Historique des rues de Paris that remnants of fortifications dating back to the time of King Philip II can still be found at numbers 69 and 71.

Previous Article Dining in Paris: La Tour d’Argent, a French Institution
Next Article The Somme: In Search of a Name