Exclusive Interview: Up Close and Personal with Charlotte Gainsbourg 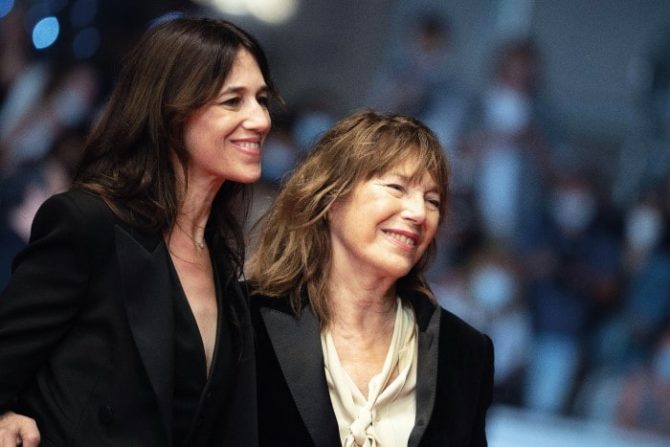 Actress Charlotte Gainsbourg slides into the director’s chair with “Jane by Charlotte.”

When British-French actress-singer-songwriter Charlotte Gainsbourg decided to direct a documentary about her 74-year-old mother, the actress Jane Birkin, she knew it wouldn’t be easy. “It’s very difficult to take a camera and film your own mother and ask questions. Sometimes, I felt like a voyeur. In fact, it was easier when the crew was asking the questions,” Gainsbourg says with a smile.

Since it premiered in July at the 2021 Cannes Film Festival, Jane By Charlotte (which opened in France on October 27) has made the rounds of numerous international festival circuits from Spain to the United States, garnering unanimous praise for its sensitive, probing portrait of mother-daughter intimacy. “I did the film in a very selfish way, asking questions about myself, about our relationship, and about my father,” Gainsbourg adds.

It’s a sweltering summer day in Cannes and the interview is held in a hotel rooftop lounge, where there’s hardly a breeze. The softly spoken 50-year-old actress, dressed in a denim jacket and jeans, seems unfazed by the heat, though it’s obvious that she’s not completely at ease with journalists. Throughout her career (which started at age 13 with a small role in Paroles et Musique, a film by Élie Chouraqui) Gainsbourg admits – in a near whisper – that paradoxically, extreme shyness has always been a part of her story. “I think that has always been the contradiction – being an actress and always being very shy and awkward, but it does make sense because you have to push yourself. When you’re completely closed down, the answer is pushing the barrier to your extreme limits – the further you go, the better.” With a filmography that includes working with audacious, controversial directors such as Lars von Trier (Nymphomaniac, Antichrist, Melancholia) and Gaspar Noé (Lux Aeterna), or simply appearing as a parody of herself on French hit series Call My Agent, Gainsbourg says she has made a conscious effort to conquer timidity as a performer. 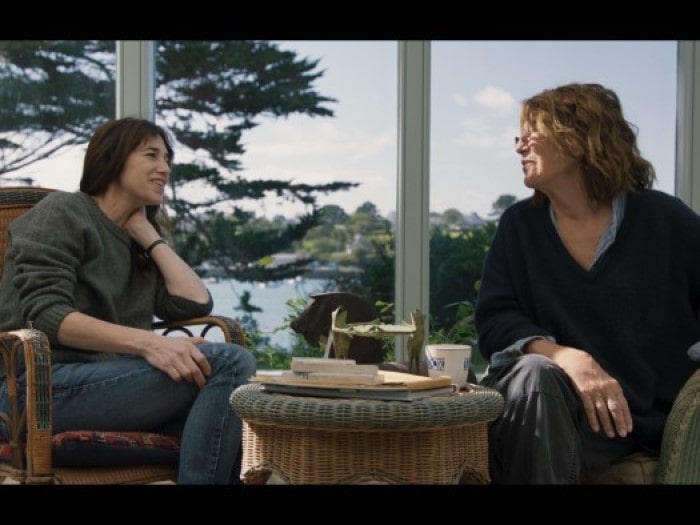 A scene from “Jane by Charlotte” © ALAMY

GROWING UP IN THE LIMELIGHT

Add to the mix the inevitable classification as “the daughter of” – in this case, a legendary set of parents and unconventional upbringing. Her parents, renowned late singer-actor Serge Gainsbourg and Jane Birkin – the striking British model-turned-actress and epitome of 60s cool, who starred in ground-breaking classics including La Piscine and Blow Up – became a worldwide phenomenon with their 1969 smash hit duet, Je t’aime… moi non plus (I love you… me neither). The song climbed the charts to number one in the UK, but was condemned by the Vatican and banned in several countries because of its overtly erotic breathing and groaning. The couple split after 12 years; Charlotte is their only child.

After her film debut, Gainsbourg’s early career quickly escalated from a cascade of musical projects such as her album Charlotte Forever to Claude Miller’s drama, L’Effrontée, for which, aged 15, she was awarded the César for most promising young actress. But it all started, she says, with Lemon Incest, a duo she sang with her father in 1984. “When my father wrote that song for me – he never told me he loved me face to face. He never held me in his arms unless there was a camera. Today I understand it,” Gainsbourg muses. “It was his very private and particular way of expressing love.” By the same token, Gainsbourg says that she felt compelled to get close to her mother with a camera, as a kind of “declaration of love”. By filming Birkin day after day at her seaside home in Brittany, “it was my way,” says Gainsbourg, “to tell her all the things I wanted to tell her”. 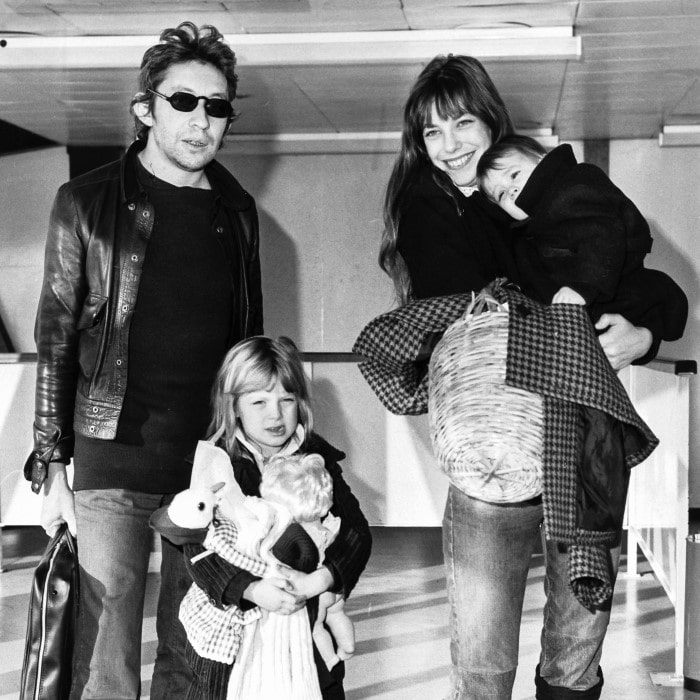 Gainsbourg with her mother Jane Birkin, her father Serge Gainsbourg and her older half-sister, Kate, in London in 1972 © ALAMY

The documentary style, Charlotte adds, was intended to be casual and “rough” with uncomfortable moments, almost like a home movie. Birkin, whose tomboyish elegance and beauty inspired the famous Hermès handbag, defies her stereotyped fashion icon image, padding around the cluttered house in baggy clothes and little makeup, doing chores or cooking for her granddaughter while she answers her daughter’s questions on film.

One wonders if Charlotte’s intention was to reveal another aspect of Birkin’s timeless allure – a richly eventful life that the endless siege of paparazzi never quite understood. “I wanted to photograph her without the archives that include my father,” Charlotte confides. “It’s too easy to show them as a couple. I didn’t want to portray an image that she might be fed up with,” she shrugs.

Gainsbourg, who has three children with her partner, Israeli French filmmaker and actor Yvan Attal, says that she too developed her own protective way of ensuring privacy for her family. But things have changed. And the urgency of making Jane by Charlotte (an homage to Jane B. by Agnès V. by the late Agnès Varda) was also mixed up with Gainsbourg’s regret and angst about having moved to New York with Yvan and her children. After the 2013 suicide of Kate Barry (Jane Birkin’s daughter with her former husband, the composer John Barry), things went awry. “I left my mother in a terrible state and abandoned her completely,” Gainsbourg confides. “But then I realised that she wasn’t going to be here eternally.”

Birkin, who, over the years, has been treated for leukaemia, had to cancel her appearance at the Deauville American Film Festival this past September when she suffered a mild stroke. “I never thought ageing was easy,” the actress reflects, “and I still don’t feel comfortable about it. Now that I look at pictures when I was 40, I was fine, but back then I didn’t like myself – I never liked myself! I was always surrounded by beautiful women – my grandmother was stunning and my mother, of course. I was always ashamed of myself physically.” 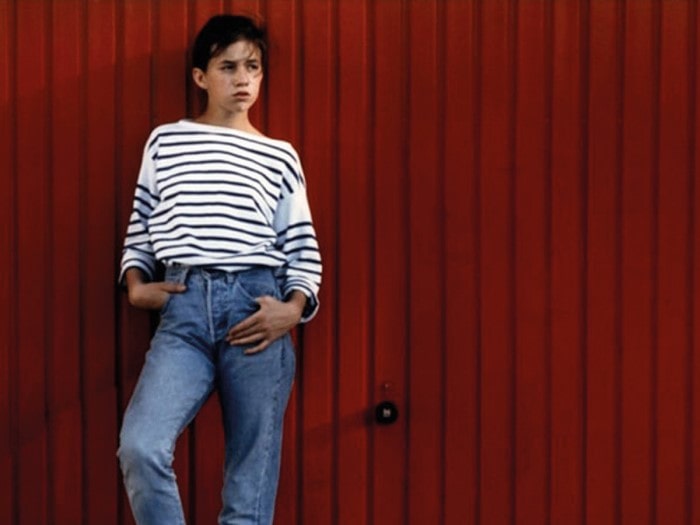 As part of the legacy theme between mother and daughter, Charlotte chose to include her youngest daughter, Jo, in the film. “It’s funny,” the actress says. “I try to protect my children but recently, when I did my music videos I just wanted to film them, I didn’t want to be that cautious any more. I felt that things were already difficult for them to have a mother who appears nude in films – my youngest once came back from school and asked me, ‘Mom, what is a nymphomaniac?’. But then again, when I saw my own mother photographed naked, I was fine with it.”

Gainsbourg is busy opening up her parents’ former house, at rue de Verneuil in Paris’ 7th arrondissement, and plans to transform it into a Serge Gainsbourg museum. The singer-songwriter died in 1991, when Charlotte was 20; her album Rest is dedicated to his memory, with references to his life and his memories, as well as her half-sister Kate Barry. Unsurprisingly, one of the most touching scenes in Jane by Charlotte is when mother and daughter revisit their former home together, and find it still littered with Serge’s cigarette butts in the ashtrays and Birkin’s old perfume bottles. “I was very happy to return there, even with all the ghosts,” Gainsbourg acknowledges. “Now that I’ve left New York and come back to Paris, I’m finally ready to make the museum happen.”

The actress is now taking on the role of a psychiatrist in France’s highly lauded TV series, En Thérapie (In Therapy), dreamed up by hit screenwriter-directors Olivier Nakache and Éric Toledano (Intouchables, Hors Norme), whose second season will air in 2022. And, of course, Gainsbourg’s talented family are never far – she appears alongside her 24-year-old son Ben in her partner Yvan Attal’s latest film, Les Choses Humaines (released in France last December), about a young man accused of rape. 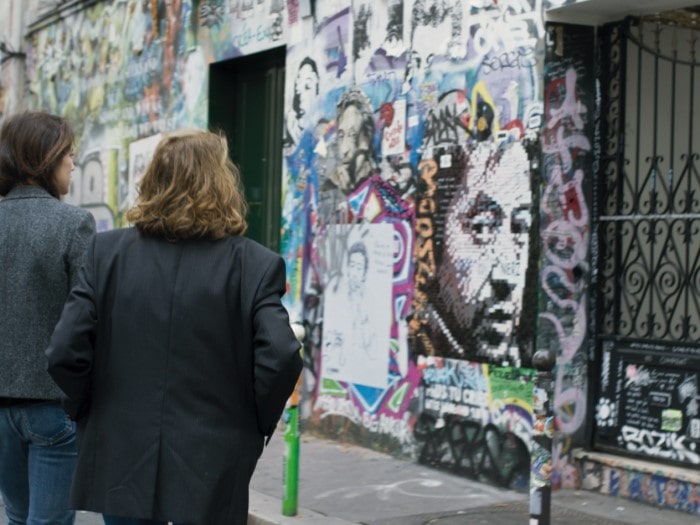 Gainsbourg and Birkin in the documentary. © ALAMY

International audiences will also get to learn about a little-known 1940s love story when the actress stars in a biopic directed by Frédéric Garson entitled An Ocean Apart, in which she plays feminist French writer Simone de Beauvoir, whose longtime partner was the philosopher Jean-Paul Sartre. The story explores her passionate affair with the American writer Nelson Algren (Matt Dillon). Their romance, which lasted from 1947 to 1964, is magnificently evoked in de Beauvoir’s 1954 novel, Les Mandarins (The Mandarins), which won the Prix Goncourt the same year.

At the time of their liaison, de Beauvoir was 49, which also seems to resonate with Gainsbourg, who turned 50 last July. “I think growing older, you sort of accept yourself, and like my mother says in the film, you stop caring too much about your looks.” Charlotte pauses, taking a sip of water and then laughs. “I haven’t reached that moment yet. Hopefully, it’s not that far away!”