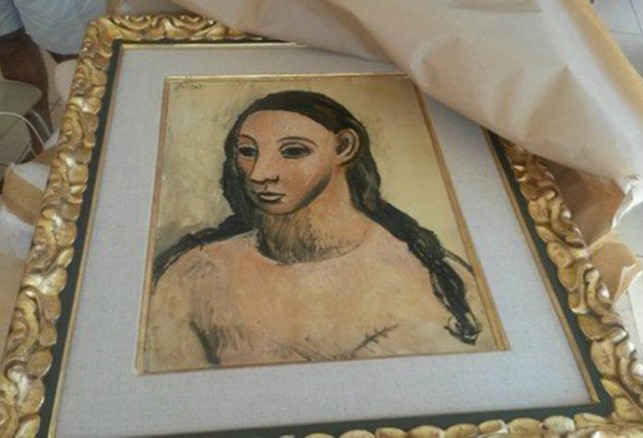 In an intriguing set of circumstances, a Picasso painting worth €25 million ($27 million) was recently seized by French customs from a luxury yacht moored off  the southern coast of Corsica. Called “Head of a Young Woman” and dating from 1906, the masterpiece was stashed away in a simple air-bubble covering– hidden inside the captain’s cabin of Adix, the 65-metre yacht.

French officials were acting on a tip that the painting was being illegally transferred to Switzerland, despite the Spanish government’s ruling that the work is of national  “cultural interest” and must remain within the country. The painting is owned by the Spanish banker Jaime Botin, whose family founded the Santander banking group. Botin was not aboard the yacht at the time, and the captain provided dubious documentation (he didn’t have a title to justify possession).

As reported by CNN, recent sales of Picasso paintings have brought big bucks at auction. “Les femmes d’Alger (Version “O”) was sold by Christie’s in May for $179.4 million.