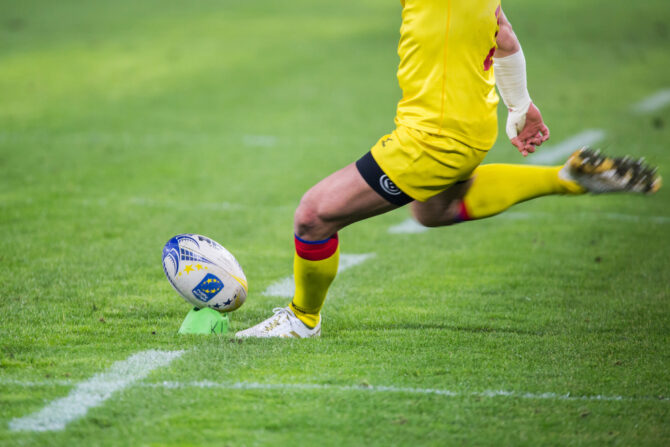 There are 15 months still to go until the kick-off of the 2023 France Rugby World Cup, and with just 15 qualified nations confirmed, that leaves five places still up for grabs. Here’s the latest news on the big event.

First things first, let’s take a look at which teams have already qualified for the 2023 Rugby World Cup. There are 12 teams that have already pre-qualified for the RWC 2023, based on their performance at the Rugby World Cup 2019 in Japan. The champion team (South Africa), runner-up (England), and other semi-final teams (Wales and New Zealand) are among them, along with the three teams that finished top in each of the four 2019 RWC pools.

So, who are the twelve teams that have pre-qualified for the Rugby World Cup 2023? Here’s the full list:

Since then, a further four teams have joined the ranks: Samoa, Georgia, Uruguay, and Romania, leaving just four places left.

Spain Kicked Out of the Rugby World Cup

It was a disappointing day for Spanish rugby fans at the end of April when it was announced that RWC qualifiers Spain had been kicked out of the 2023 Rugby World Cup. Spain’s team Los Leones initially secured their place in the France RWC back in March after securing a 33-28 defeat of Portugal in the Europe 2 qualifier. It was a historic win for Spain and would have marked the first time that the team reached the World Cup since 1999.

Sadly, the celebrations were short-lived, with the Rugby World Cup soon announcing that Spain would be excluded from the championship as it emerged that they had fielded an ineligible player—Africa-born Gavin van den Berg, who did not qualify on residency grounds—during qualifying matches in 2021 and 2022. After an investigation, it was announced that Spain would be fined £25,000 and docked five points a match (a total of 10 points), putting them out of the running for the tournament.

Romania Snag a Spot in Pool B

While Spanish rugby fans were left reeling with the news of their disqualification, it was a different story for Romanian rugby fans. After having finished 3rd in Pool B and getting set to compete in the RWC 2023 Final Qualification Tournament, Spain’s 10-point deduction left Romania’s The Oaks in second place. The Oaks will now qualify for the RWC 2023, taking Spain’s spot as Europe 2 in Pool B.

The final four spots in the RWC 2023 will soon be decided, with qualification tournaments continuing through 2022. In July, three key matches will take place. Tonga will play the winner of the Asia Rugby Championship to decide who qualifies as Asia/Pacific 1, and Chile and the USA will go head-to-head in the Americas 2 play-off.

From July 1st-10th, the Rugby Africa Cup 2022 will take place in the south of France, and the winner of the eight-team knockout tournament will snag the Africa 1 spot.

Finally, the very last place in the RWC 2023 will be awarded to the winner of the Final Qualification Tournament, set to be played in November 2022. The dates and venue are yet to be announced, but we’ll keep you updated as we know more.

Previous Article See Now in Paris: Artists of the Roaring Twenties
Next Article Chanson: A Tribute to France’s Musical Tradition