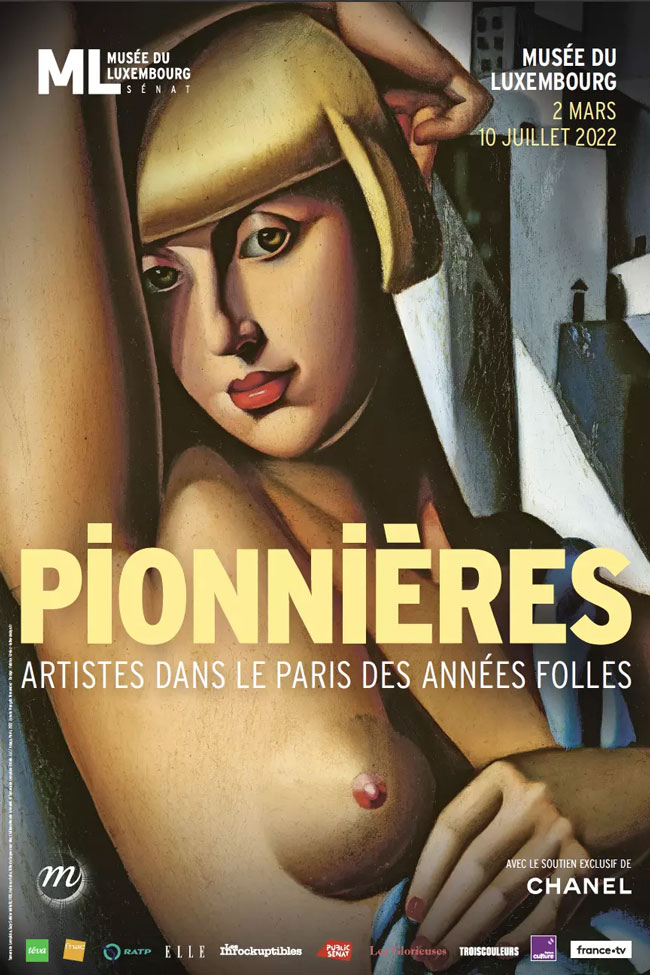 Long marginalised and discriminated against, women artists of the first half of the 20th century nevertheless played an essential role in the development of the great artistic movements, without being recognised for such during their lifetime. The Musée du Luxembourg in Paris invites us to restore these pioneers to their rightful place in the history of art – from Fauvism to Abstraction, through Cubism, Dadaism and Surrealism in particular – but also in the world of architecture, dance, design, literature, fashion and science.

The exhibition bears witness to the boldness and courage of these women in the face of established convention. The 1920s was a period of cultural effervescence, giving birth to its nickname “The Roaring Twenties”. Along with parties, exuberance and strong economic growth, it was also a time of questioning gender roles, and artists of the era gave shape to this revolution in identity… that is until the rise of populism, the global economic crash and the Second World War once again restricted their visibility. This exhibition revisits this shining moment during Les Années Folles.

To find out more events happening around France, check out our What’s On page here.

Previous Article Where to Stay and Eat in the Drôme
Next Article Chanson: A Tribute to France’s Musical Tradition