Holiday Ideas: The Heritage of Calvados 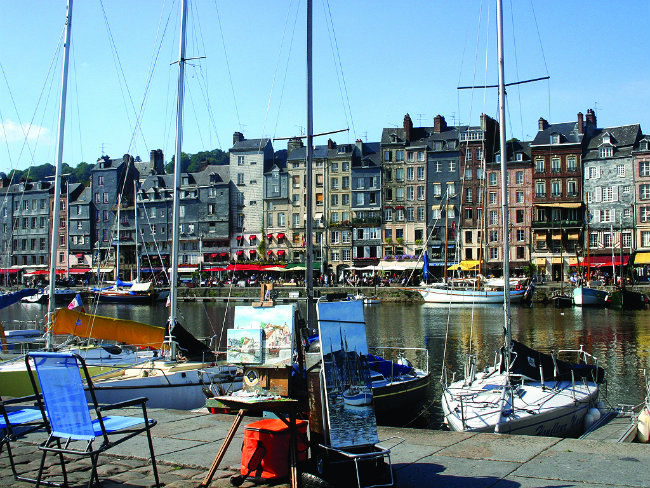 In the heart of Normandy, the department of Calvados boasts some of France’s most enchanting coastline and a host of medieval treasures. Here is our pick of the best.

Bayeux is famous for its deceptively named ‘tapestry’ (which is linen embroidered with wool and wasn’t actually loomed). The Bayeux Tapestry documents the Norman invasion of Britain in 1066, led by William the Conqueror, whose half-brother, Odo, happened to be Bishop of Bayeux at the time. Historians believe that the tapestry was commissioned by Odo to adorn his new cathedral, the Gothic masterpiece consecrated in 1077 which still stands in Bayeux’s Old Town. At around 70 metres long and 50 centimetres high, the tapestry is classified as a UNESCO ‘Memory of the World’ and is housed at the Musée de la Tapisserie de Bayeux in the city centre.

William of Normandy established Caen as his new stronghold in 1060, building its castle shortly before the Norman Conquest. Although virtually destroyed during World War I, Caen’s two magnificent abbeys remained miraculously unharmed – the Abbaye aux Hommes, founded by William, and the Abbaye aux Dames, founded by his wife, Matilda, which the couple chose for their final resting places. The Caen Memorial on the outskirts of the town is a memorial to peace, presenting themed exhibitions on world conflicts since 1918. Its visitor centre is at the forefront of historical research, with more than half of its museographical areas having been redeveloped. 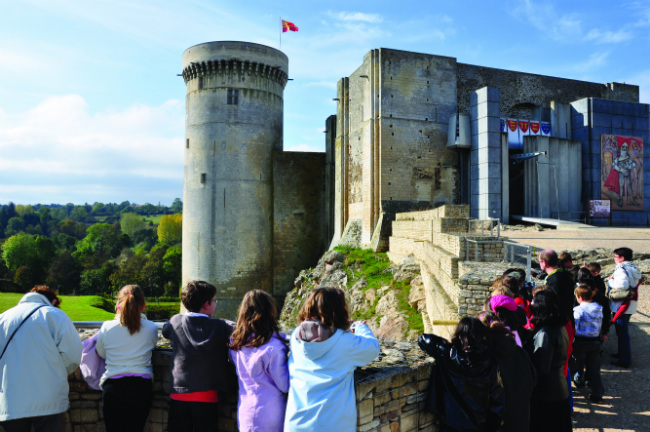 Honfleur’s old harbour is lined with houses up to seven storeys high, their  reflections shimmering in its still water. This medieval town’s attractions include the wooden St Catherine’s Church, many museums and France’s largest tropical butterfly house, the Naturospace. The town’s artistic heritage can be discovered along a sea wall trail, which highlights 12 personalities connected with the Honfleur, including Charles Baudelaire and the Impressionist painter Claude Monet.

Château de Falaise, one of France’s rare examples of Anglo-Norman architecture, is where William the Conqueror was born and grew up. His third son, Henry Beauclerc (Henry I of England), totally transformed his father’s castle by commissioning a square keep in the style of the ‘palace-keeps’ built by William for his lords in England. Tours of the meticulously restored castle are led by an audio-visual guide, with reconstructions showcasing the daily life of an Anglo-Norman court. A short walk away is the Automates Avenue, a unique museum of over 300 clockwork figures that bring to life the Paris of a bygone era. 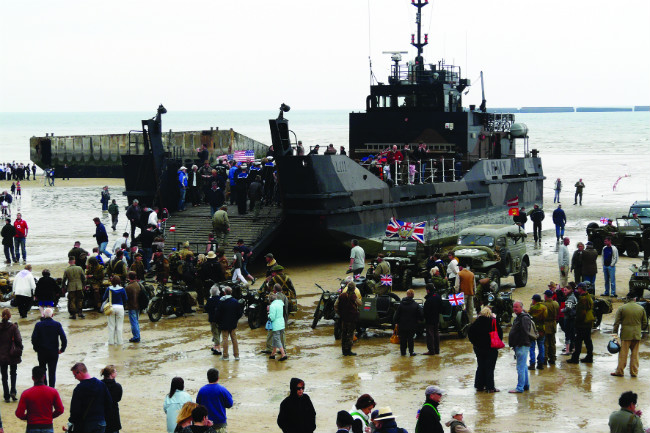 ARROMANCHES AND THE D-DAY BEACHES

Retrace the steps of the troops of Operation Overlord by following eight themed routes covering four of the five Plages du Débarquement. These expanses of tide -washed sand – which saw the deployment of 150,000 men and 20,000 vehicles during the D-Day Landings – are now dotted with holiday resorts, though museums, memorials and cemeteries are never far away. New sites are still being excavated, such as the recently discovered German trenches and barracks at the Maisy battery. 

Previous Article Things to See and Do in Champagne and the Ardennes
Next Article Taste the Terroir: The German Flavour of Alsace