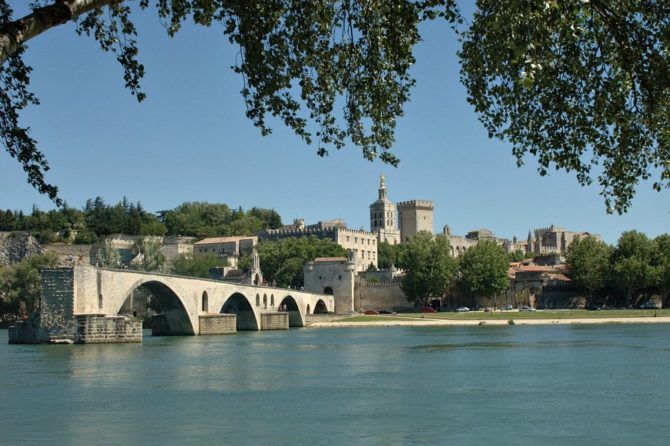 Spring has arrived. The daffodils are emerging, fields are full of violets, the beautiful sunny days are longer and temperatures across the south of France are starting to get balmy as the cold snap that brought much of the country to a standstill this winter becomes a distant memory.

The onset of spring usually kick-starts the property market, which is habitually slower over the winter months as people batten down the hatches and rarely contemplate a move.

This year, however, seems to be an exception. The continuing economic crisis rumbling throughout Europe is playing its part, of course. And in early spring French real estate sales went on hold because of the presidential election. The race to the Elysée Palace played havoc on an already vulnerable property market. Now that the election is over, no one knows how long it will take for it to rebound.

The story is similar in the city of Avignon, which in the past has been a favorite with buyers, both French and foreign. “The market is very static indeed at the moment,” says David Feraux, of the agency Une Maison en Provence. “We currently have very few foreigners that are looking, and the French are hesitant. The market in 2010 was bad, but the past year has been very good. We have to wait to see what will happen as 2012 progresses.”

But for anyone thinking of a move to the south of France, Avignon might be one of the best places to start. Situated in the Vaucluse département Avignon stretches along the left bank of the Rhône River, still almost entirely surrounded by its impressive medieval walls. Its population currently hovers around 92,000, and is growing steadily as more and more high tech industries are drawn to the area. It enjoys a sunny and mild Mediterranean climate—along with powerful mistral winds that sweep down the Rhône and clear the sky to a brilliant blue—and it’s less than three hours from Paris on the TGV.

The city’s rich history is palpable as you walk through the center intra muros. Winding cobbled streets give way to the huge square in front of the Palais des Papes, the Papal Palace that was the center of church power during the 14th and 15th centuries. After the French Pope Clement V moved his headquarters to the papal territories near the Rhône in 1305, construction of the celebrated palace began in 1335. At the far end of the square, the Petit Palais now houses a superb museum of medieval and Renaissance art; other top-of-the-line museums in town include the Musée Calvet, the Musée Angladon and the Lambert Collection of contemporary art.

Since 1947 Avignon has also been host to an annual three-week international theater festival (this year July 7–28), considered one of the most important in Europe. And then there is, of course, the famous Pont d’Avignon, the bridge immortalized in a 15th-century French song that has been a mainstay of children’s songbooks ever since. The real pont is the bridge of Saint Bénezet, and despite the familiar lyrics, it was not on the bridge but under it, on a small island in the river, that the legendary dancing took place. Built in the late 12th century, it was badly damaged by flooding in the 17th, and now stands incomplete.

Property prices in the city vary enormously. According to the real estate portal www. french-property.com, the average price of property is around €2,466 per square meter (approximately $3,250, or $303 per square foot), which is well below the national average of €3,197 per square meter. However, for prime property right in the city center, expect to pay a great deal more. “If you want to be in central Avignon, the most sought after area is the golden triangle, the quartiers of Raspail, Vernet and Balance,” says Feraux. “It’s more expensive, but you are in the thick of things. It’s a wonderful place to live if you like living in an urban environment.”

Prices in the golden triangle well exceed the national average. For example, a four-bedroom apartment is currently for sale in a charming apartment block in Raspail for €398,000. A similar apartment in a quartier outside the walled city might cost as much as €200,000 less.

Another popular choice among foreigners and buyers who want to be close to the center is the Banasterie district, behind the Palais des Papes and next to the Jardin des Doms. A number of hôtels particuliers in the sector have been divided into apartments that make great buy-to-rent opportunities, especially since the city is a firm favorite with tourists, and has a significant student population.

For some expatriates who prefer life on the quieter side, the villages surrounding Avignon offer excellent choices. “I live in a village called Orgon which is a 25-minute drive from Avignon,” says Charlotte Novitz, who has lived in the area for more than 20 years. “It’s a beautiful place. I like to paint, and the scenery around Orgon is stunning. It’s also not too touristy. There are schools up until college so it’s also the perfect place for a family,” she adds. “I personally don’t like Avignon itself. It’s too big, and too touristy in the summer.”

Among other towns close enough to Avignon to benefit from its facilities and strengths—yet far enough away to escape the summer crowds—are Sorgues, Montfavet and Beaucaire, says Feraux, who himself lives in Villeneuve-lès- Avignon, just across the river—a charming village with its own central square, shops, cafés and a lively weekly outdoor market. “Lots of the surrounding villages are very popular, including Villeneuve and Montfavet. They are residential areas—big enough to have their own centers, but not too big.”

Prices in the villages are also much more reasonable. In Montfavet, a recently renovated four-bedroom house, with a swimming pool and almost 500 square meters of land, is on the market for €295,000. And for house-hunters with an unlimited budget looking in Villeneuve-lès-Avignon, there is a splendid contemporary villa now on the market for €985,000; built in 2009, the villa enjoys breathtaking views from its four bedrooms, and has a swimming pool in the sizeable garden.

Originally published in the April 2012 issue of France Today; updated in May 2012