Pilgrimages in France: Walking a Mountain to Mary Magdalene 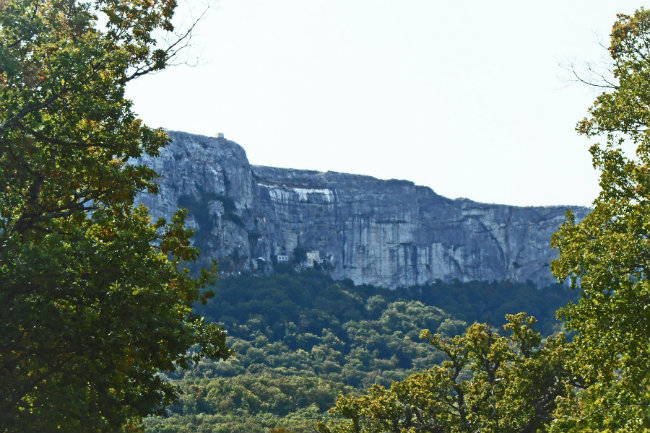 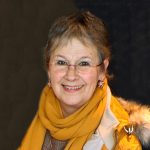 The pilgrimage to Sainte Marie-Madeleine high on the Massif Ste Baume has always been one of my more accessible bucket list dreams. Now, I’m on my way. I am staying in the gorgeous Couvent Royal, part of the great Basilica of Mary Magdalene in St-Maximin-la-Sainte-Baume. On my first day I explored the Basilica and visited the crypte where the skull of Mary Magdalene is venerated. The following day, my 71st birthday, I wanted to walk the mountain to Mary Magdalene. I knew that the walk from which one begins, at the village of Plan-d’Aups-Sainte-Baume, was some half an hour’s drive distance.

This was my birthday gift to myself, I would catch a bus and off I’d go. Easy, I thought, no one visits this tiny town without wanting to continue on to la Grotte, do they? So there would certainly be a bus, right? Wrong. In fact, there was no transport. 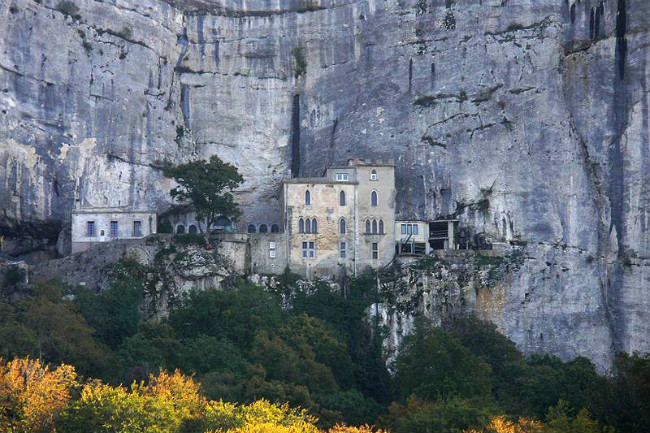 “There may be one”, said everyone, but I waited for 30 minutes before and 60 minutes after its estimated time of arrival, and, almost defeated, then walked back into the town to a travel agent who specialised in Cambodia, Canberra and Kazakhstan. Ah, le bus, she sighed. But she was Greek, and beautiful, and took pity. She called a friend, arranged a car and a chauffeur. 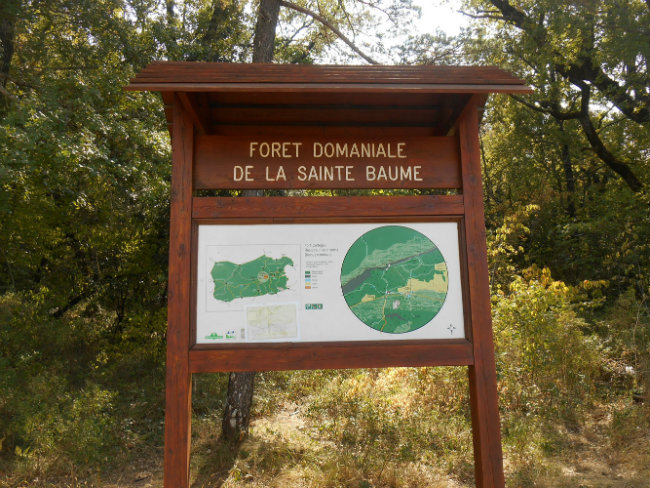 Pierre drove me to the base of the Massif, suggesting I buy a picnic and water before I climb. Wise man; I made him promise not to forget to return for me many hours hence! Then I entered the forest to be enfolded by massive trees, a cathedral canopy of filtered greens, coolness and silence. I walked up and up and up where Kings and Queens had walked before me to follow the time-honoured pilgrim path to the Grotto of Sainte Marie-Madeleine – the Chemin des Roys – the Royal Road of Kings and Queens. 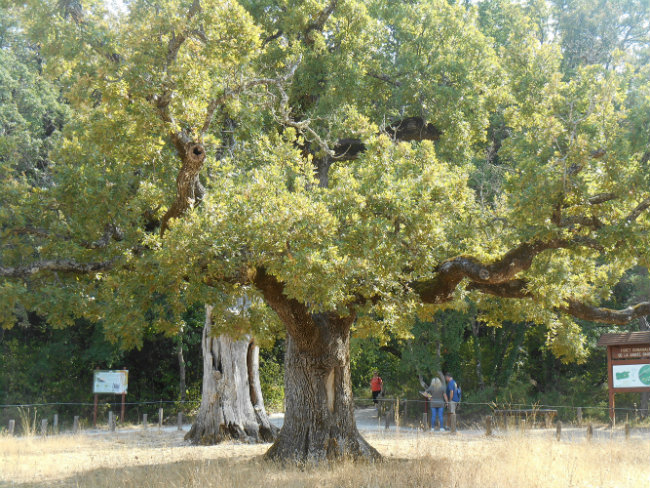 The people of Provence take their Tradition very seriously, considering the Tomb and Grotto of Mary Magdalene to be the third most important pilgrimage after Jerusalem and Rome. A ‘soul memory’ orally passed down since the 1st century, the Feast Day of Mary Magdalene on 22nd July sees hundreds of pilgrims walk to the Cave along this Royal Road. Marie-Madeleine had left the older Marys at Saintes-Maries-de-la-Mer, surviving their miraculous escape after the Crucifixion, and travelled inland with Maximin to what is now Saint-Maximin-la-Sainte-Baume. From there she continued alone high up into the Massif to live out her life in a cave. 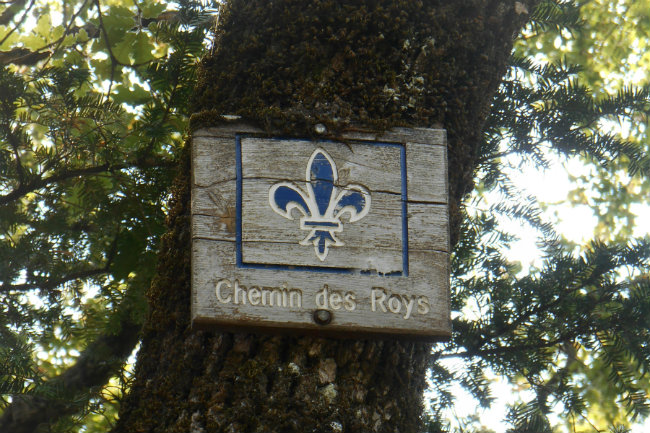 Oh my! What a climb! What a reward for my puffing and pausing! The Grotto is huge and contains a whole chapel, pews and a more or less life-size statue of Mary Magdalene being carried to heaven by angels. The whole is lit with the amber glow of flickering candles, the gentle atmosphere pregnant with prayers and offerings. The site is under the protection of the Dominicans who took over from the Benedictines in 1295. Before the Benedictines, for nearly six hundred years, it was looked after by the Cassianites. Now the entrance to the Cave is protected and wondrous vitraux by Pierre Petit lend soft light to a pale day. 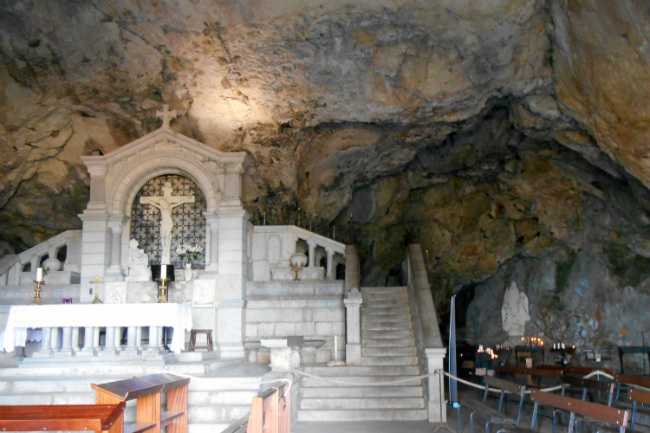 Next to the Grotto is separate, smaller cave inviting pilgrims in to have their picnic. Simple refreshments are there, and an honesty box discretely placed, so discreet I had to look for it, very grateful was I for my cup of thé vert and well worthy of my €€€’s donation in gratitude. I ate my picnic, silently blessing Pierre who had detoured that I could buy it. 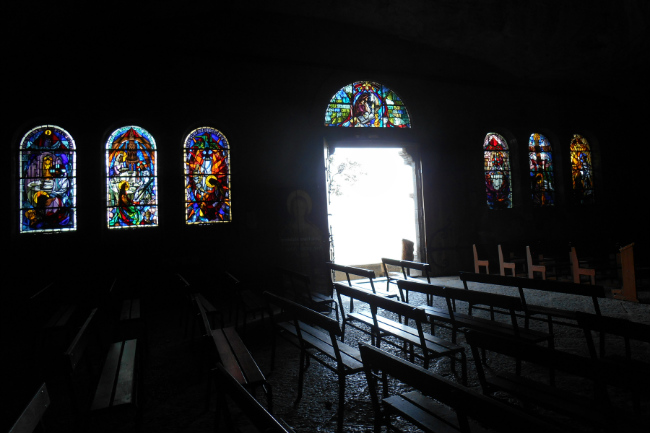 Outside commands a view to die for and demands a silence to contemplate. After my pilgrim cup of tea, and polishing off my picnic in the little room in an adjacent cave, I felt revived enough to continue. The mountain peak was tempting. Should I go up to the peak or down? Would I have time? What, indeed, was the time? I asked a fellow pilgrim; I had two hours before Pierre would collect me. I reckoned I would make it; going down would be a doddle, I thought. Thus re-energised by the Deus Loci, and restored by my picnic, I urged my since-this-morning 71 year old bod to pick itself up and walk to the peak of the Massif to the Chapel of Saint Pilon. 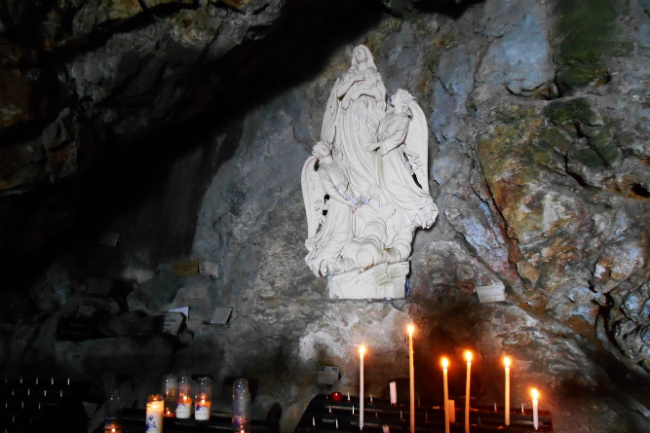 I was seriously challenged by the rocky and glacially slippery ascent, so different to the smooth and gentle path from the base to the Grotto. I was now climbing a mountain. It wasn’t an Everest, only a there-and-back-in-an-afternoon type of mountain, but I’m a not-fit-for-climbing-the stairs-71. However, this little mountain had led to somewhere special, and I felt the need to go on to the furthest heights to claim the high life for ten minutes or so. The view was staggering, but by now so was I. I was greatly cheered by two spritely Frenchmen descending from the heights; they smiled, and then looked at my sandals. A serious shadow clouded their professional weekend-pilgrim faces as they declared my sandals “heroically unsuitable”! 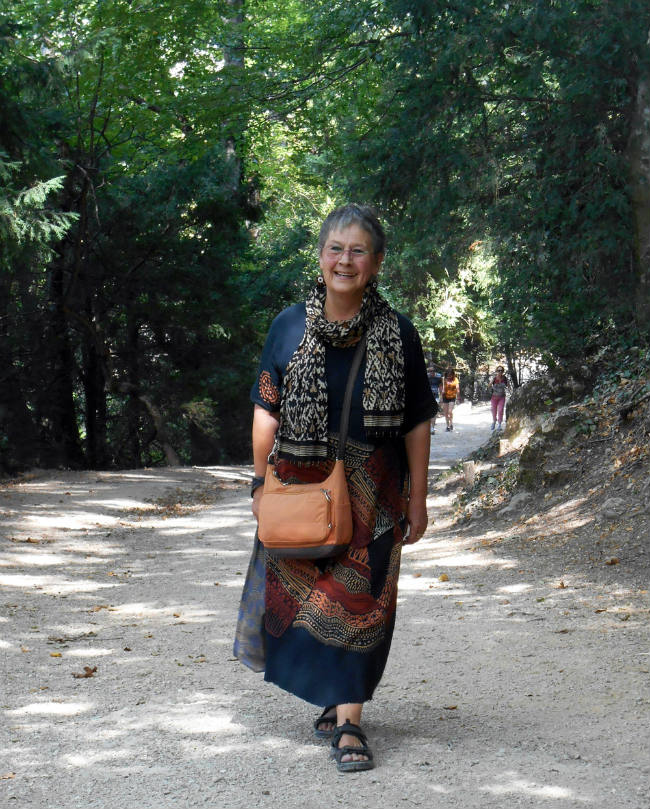 The slow descent gave me time to reflect again on the soul-enriching purpose of silent pilgrimage. For those moments we seem to step out of time, everything arounds us appears whole, made holy, by our Intent. Once back in the world our faults and failings, goodness and otherwise, are resumed – but memories of our pilgrimages, so potent and precious, remain to remind us of our life’s real purpose. And Pierre was there…

Related articles: Mary Magdalene in France Today
A Festival for a Chickpea: Saint-Maximin-la-Sainte-Baume in Provence 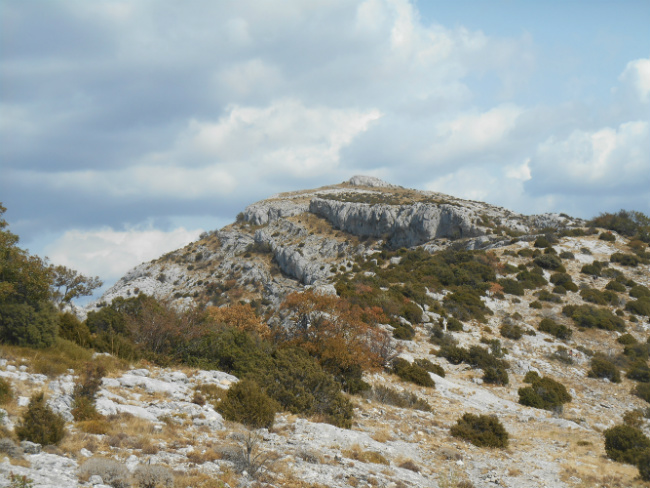 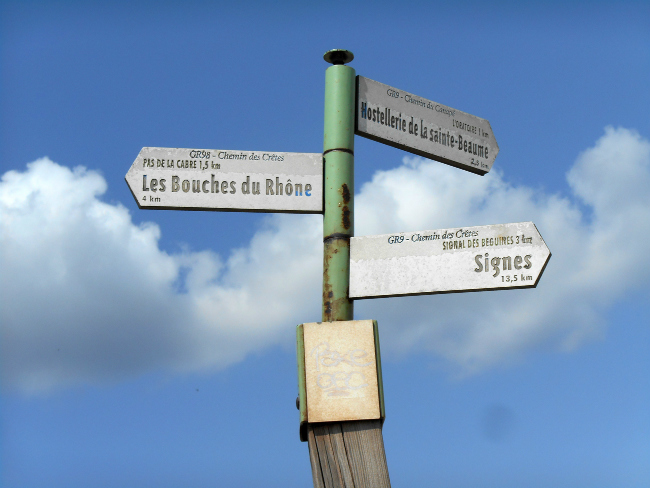 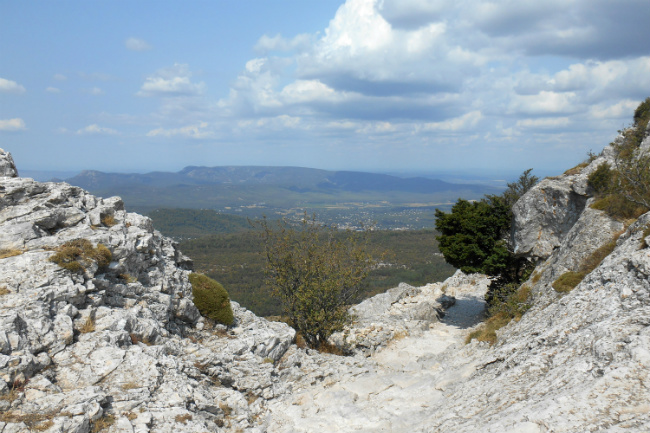 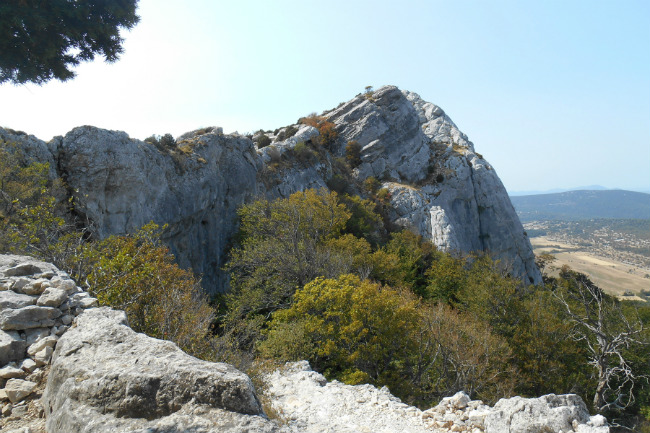 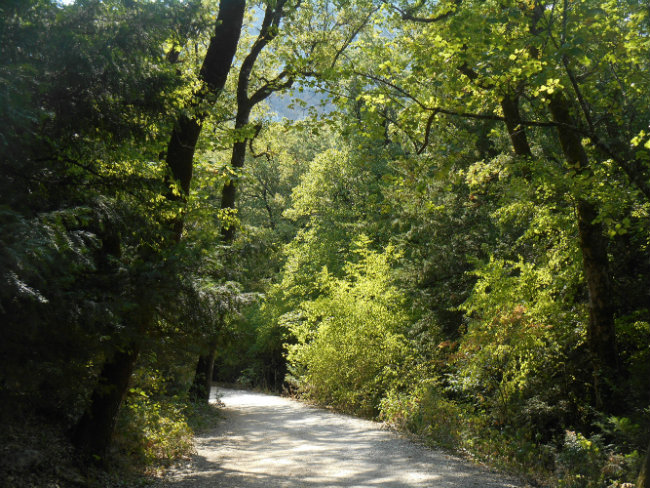 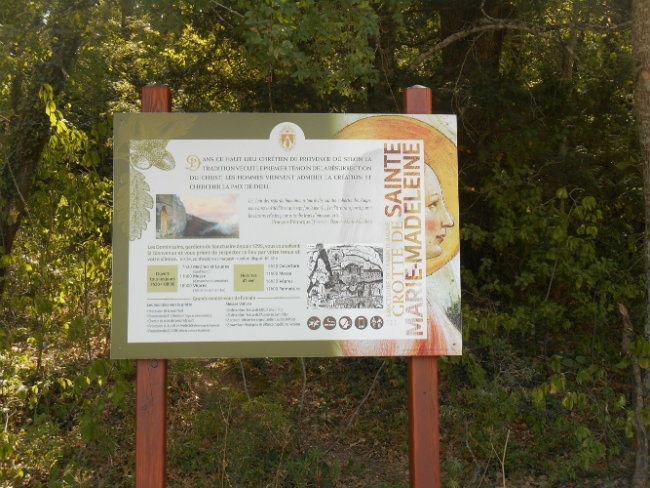 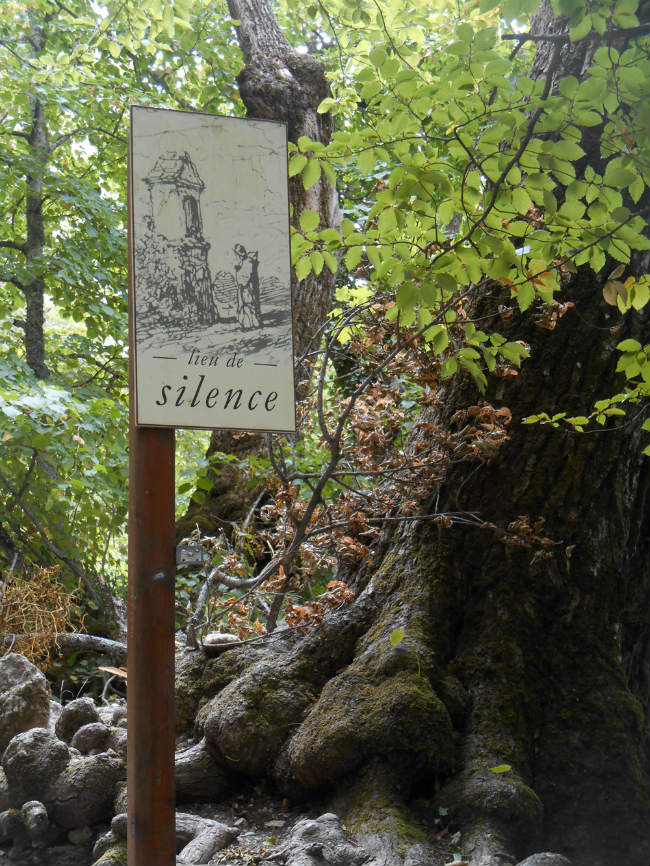 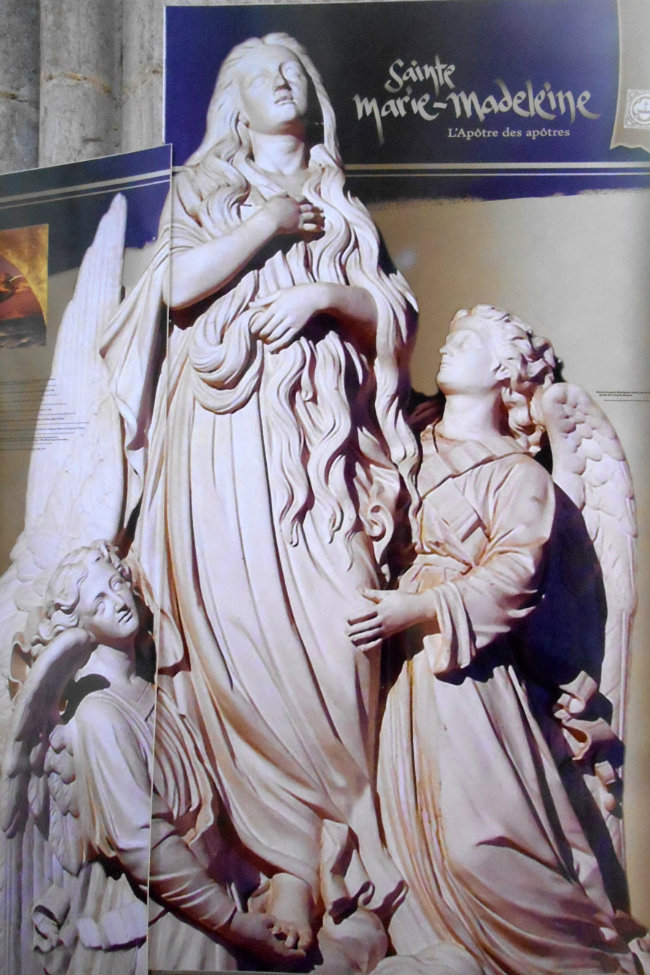 Nigelle de Visme is of Swiss and English origin and currently lives in Glastonbury. She has lived in Australia, India and France and still travels extensively. A published author, she was nominated for a French Media Award in March 2017. At the age of 68 she walked the Chemin Saint Jacques from Roncesvalles to Santiago de Compostela and is at her happiest in gardens, wild places and the thirteenth century. Après Brexit she is exploring the possibility of applying for political asylum in France.