Loving Loches in the Loire Valley 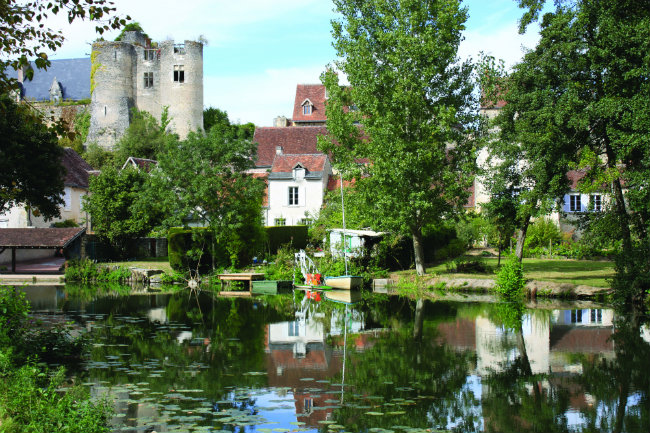 Good things frequently come in small packages, but the historic Royal City of Loches would seem to have more than its fair share of goodies. Despite a population of just 7,000, this enchanting town on the banks of the Indre boasts a formidable medieval castle, a royal Renaissance love nest, and one of the most spectacular skylines in France.

Located southeast of Tours, Loches is just 30 minutes’ drive from the buzzing regional capital, but is still overlooked by many visitors, who hug the banks of the Loire and Cher in search of grand châteaux and manicured gardens. Bypass Loches, however, and you’re missing a treat, whether you’re holidaying à deux or en famille.

The town is packed with history and heritage sites to fire everyone’s imagination, but also stands at a crossroads of walking and cycling trails for those who want to explore the tranquility of the surrounding countryside. One of the most spectacular ways to approach the town is from the Indre à Vélo cycle trail, passing the ruined abbey of Beaulieu-lès-Loches, and heading through the nature reserve of Les Prairies du Roy.

On a blue-sky day, the gleaming white buildings of the historic centre sparkle in the sunlight as they spill down the rocky outcrop in elaborate tiers. The tiled spires and gleaming white stone of the collegiate church reach heavenwards beside the soaring turrets of the Royal Château. Beneath them, three-storey town houses stand beside a canal, their upper storeys facing onto the neat public gardens; away to the left, the bulk of the medieval keep stands at the far end of the walled Royal City. 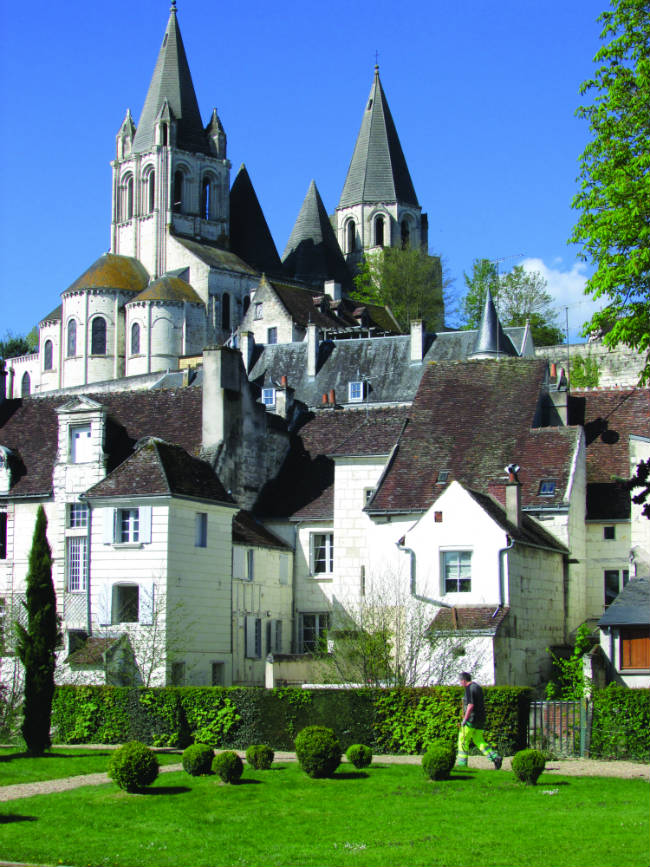 There was a priory in Loches in the 6th century but the town really began to grow around 900AD. For three centuries the Counts of Anjou – soon to become Kings of England – turned Loches into a fortified town on high ground. Foulques Nerra, the 4th Count of Anjou, started work in 1013 on the keep, which was eventually to stand 36 metres high. Climb to the top today and you can appreciate why our own kings Richard the Lionheart, John and Henry II felt it worth adding further fortifications to this highly strategic fortress.

But it all went wrong in 1205 when Philippe Auguste of France succeeded in taking it and Loches was to remain a royal town until the Revolution. Between the 14th and early 16th centuries, many French kings, including Charles VII, who was visited here by Joan of Arc in 1429 after his victory at Orléans, stayed in the comfortable Royal Apartments of the Logis Royal. 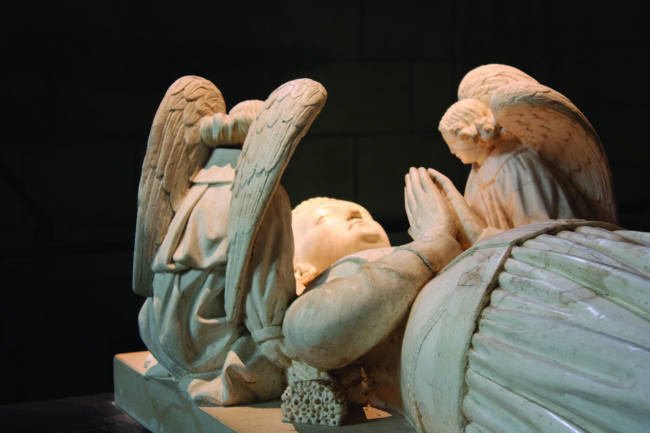 But two other women also left their mark on the Logis Royal: Agnès Sorel, first official mistress of a French king; and Anne de Bretagne, Duchess of Brittany and wife of Charles VIII. Today, Agnès is one of several mysteries of which Loches is justifiably proud. She died at the age of 25 and is buried beneath a marble effigy in the Collegiate Church of Saint-Ours. Unpopular with many members of the court, in 2005 it was discovered that poor Agnès been poisoned with a large dose of mercury – but by whom?

There are more unanswered questions in a dungeon inside the keep where Ludovico Sforza, Duke of Milan, patron of Leonardo da Vinci and rival of Louis XII, was imprisoned for four years. He decorated his spacious cell by painting stars and patterns and died here in 1508, but nobody knows where he is buried. Mystery also surrounds two paintings on display in the Saint-Antoine Gallery. Supposedly bought in Rome by the Ambassador to France, are they indeed by Caravaggio? The jury’s still out on that one too. 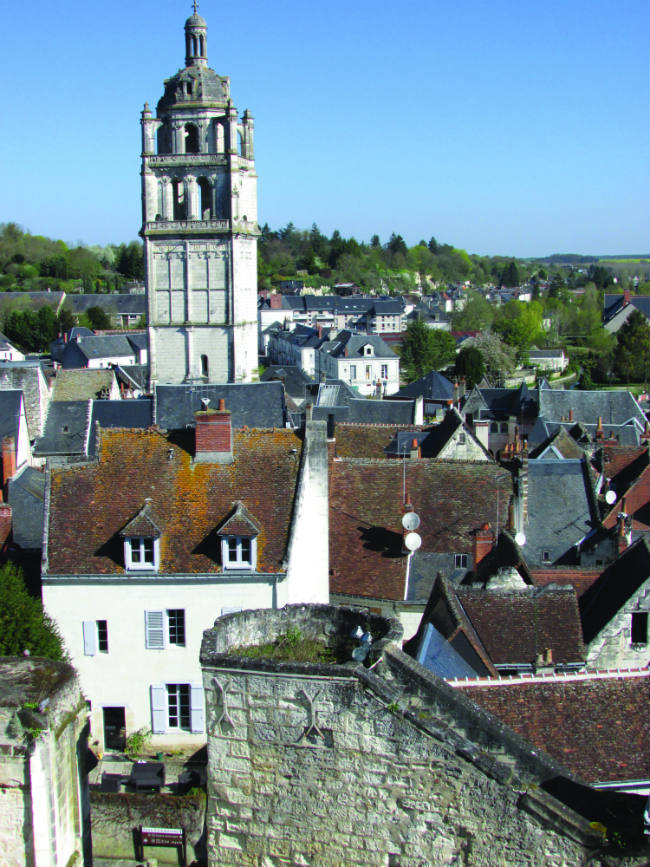 But there’s no need to tax your brain too much over it. Loches is a pocket-sized town that just invites visitors to stroll through its cobbled streets and beneath its historic gateways, to browse its independent shops and relax over coffee or a meal. For family groups, there’s a great Pierre & Vacances centre right outside the town gateway in the former Moulin des Cordeliers, or pick a stylish B&B such as the delightful Closerie Saint Jacques, a 17th-century coach house with adjacent parking that’s been beautifully restored beneath the walls of the Cité Royale.

Feeling suitably relaxed, I headed out the next day to explore the lush local landscape on foot. Rather than go alone, however, I had two guides with six legs between them. Animal enthusiast Cathia Villa hires out well-behaved donkey companions by the half-day – or for several days at a time if you like the idea of a long-distance walk with bed and paddock en route.

Cathia adores people as well as animals, working regularly with local school children, elderly people and those with disabilities who simply want to spend time close to her animals – not just the donkeys but rabbits, guinea pigs and various chickens. She picked out Ubac for me and, after grooming and tacking him up, we set off up a quiet lane between fields golden with late spring rapeseed. Don’t underestimate the feeling of well-being that comes with walking down a forest ride to the sound of birdsong and the rhythmic thud of unshod hooves. This is a unique chance for all ages to get close to nature. Be aware though that Cathia insists that family groups have one adult to take charge of the donkey and one in charge of the children. All her donkeys are wonderfully gentle but they do like to sneak a mouthful of foliage if you drop your guard! Reluctantly bidding Ubac au revoir, I head up the road to Montrésor, classified amongst the elite Plus Beaux Villages de France for a multitude of good reasons that include half-timbered houses, a renaissance château and a collegiate church with elaborate marble tombs. Don’t leave without walking the riverside trail beside the Indrois for a panoramic view of yet another spectacular Touraine skyline.

Just outside Montrésor, on the road from Loches, stands an extraordinary historic building and unique B&B that’s impossible to pronounce for those of us who can’t roll our ‘r’s. Set back from the road down a winding track, the fortified ensemble of La Corroirie was set up in the 13th century as living quarters for the Carthusian lay brothers of the nearby Chartreuse du Liget. Their chapel, now in ruins, was inaugurated in the presence of our own King John.

Access to this listed historic monument is free of charge and a few euros will buy you an explanatory booklet in English, but I went one better and stayed the night in one of the two simple but comfortable B&B rooms. Genial owner Jeff de Mareuil will also serve you dinner in the old guard room above the drawbridge upon reservation.

My last stop was a tourist attraction that last year pulled in 1.1 million visitors, of which 95 per cent were French. Strangely this is one of the Loire Valley’s best-kept secrets outside the Hexagon, which is a huge shame. Nestled in a wooded valley near Saint-Aignan, the ZooParc de Beauval was started in 1980 to house a private collection of exotic birds. Today it’s France’s number one animal park, still family-run but now home to more than 8,000 animals, including many species rarely seen outside Europe. 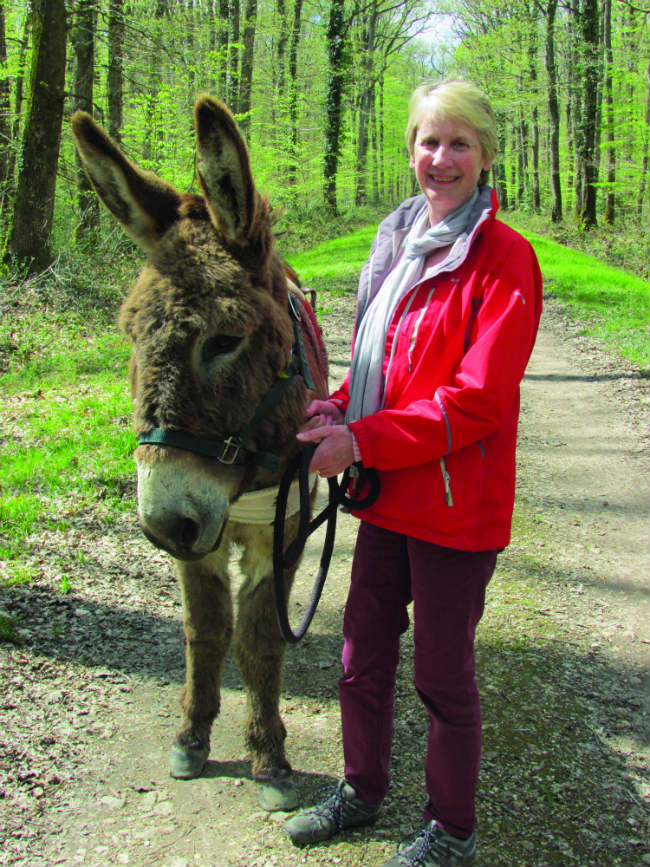 I’m unbelievably excited to be able to look across a deep ditch – no bars or wire mesh – and see giant pandas doing what pandas do best, just chilling out in separate but adjoining enclosures. Beauval is one of just five European zoos to have these exotic creatures on loan, and is also home to white tigers and lions, koalas, manatees and snow leopards.

I watched captivated as a mother gorilla played with her baby, saw two gorilla mums watched over by a magnificent silverback, and was one of the first lucky visitors to enjoy the new hilltop hippo area. But there’s always something going on here. Don’t miss the daily birds of prey show, which finishes with a unique fly-past of mixed species from pelicans to parakeets or – if you have reasonable French – listen to the keeper talk about key species. That talk is in French only. Signage at the park, however, and the animal information boards, are bilingual.

If you want to make your Beauval experience even more special, why not stay over in one of the two on-site hotels? There is the tranquil Jardins de Beauval, where rooms are in circular pavilions surrounded by lakes and gardens, and Les Pagodes, an Indonesian-style hotel which opened for Easter 2016 – a touch of the Orient in the Val de Loire. 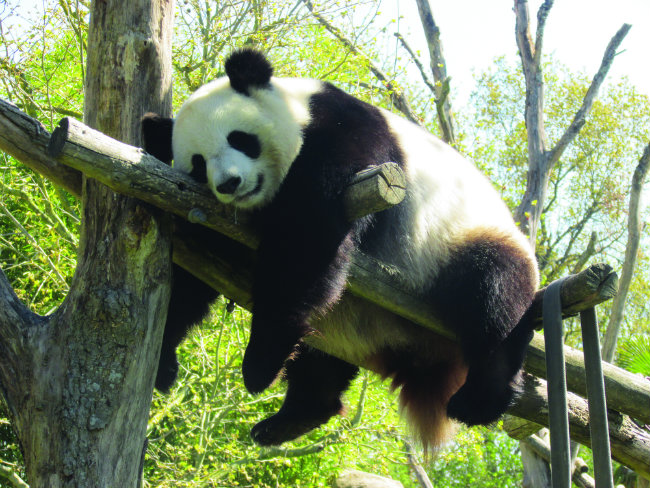 A giant panda takes a
nap at the ZooParc. Photo: Gillian Thornton

Gillian took the overnight cruise ferry from Portsmouth to Saint-Malo with Brittany Ferries and drove east. Alternatively, you can cross to Dover and drive south, or take the Eurostar to Paris and then TGV to Tours and pick up a hire car. 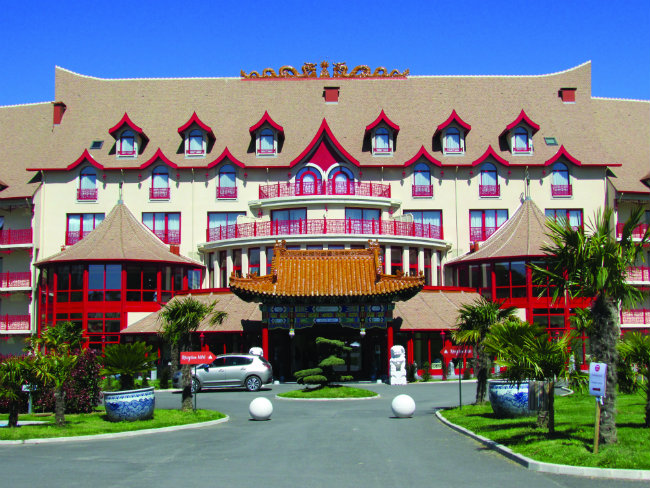 A touch of the Orient in
Beauval – Hôtel Les Pagodes. Photo: Gillian Thornton

Around 15km from Loches, just beyond Chambourg-sur-Indre and Cathia Villa’s divine donkeys, stands the fragrant village of Chedigny. Thanks to the initiative of the mayor and a team of enthusiastic volunteers, Chedigny has become famous for its annual rose festival in late May and for the rainbow floral colours which now line its once-ordinary main street.

It’s not just roses either: the horticultural treat carries on throughout the summer with daisies and dahlias, antirrhinums and asters lasting well into September. Blooms spill out of private gardens, hollyhocks fringe the ancient church, and climbing roses cling to cottage walls.

And in the midst of all these flowers and foliage stands Le Clos aux Roses, a popular restaurant with five rooms (from €75 for two), a covered terrace and – a plus for those on the nearby Indre à Vélo cycle trail – facilities for bike cleaning and storage. www.leclosauxroses.com 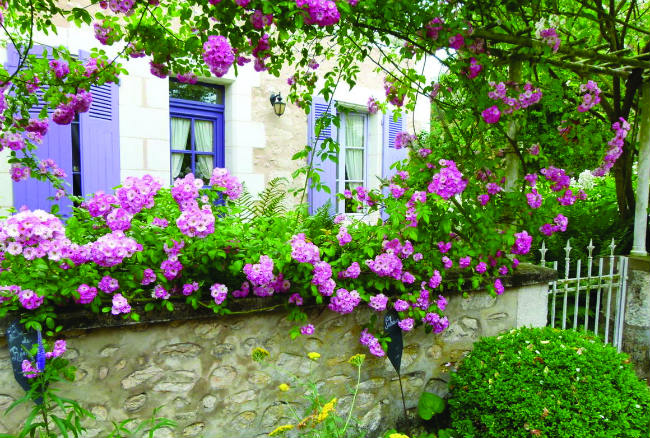 If your French holiday isn’t complete without a tasting of local wines, don’t miss Le Domaine de la Chapinière at Châteauvieux near Beauval, which surprises in more ways than one. Winemaker Florence Veilex has joined forces with horseman and professional trainer Matthieu Vincent and journalist and writer Éric Yung to combine wine, horses and an art gallery in one beautiful rural location.

Visitors are welcome to watch the owners exercising their horses both indoors and outdoors, to enjoy light refreshments in the Pavillon des Arts whilst they enjoy changing exhibitions of paintings and crafts, or to taste wines made on the Domaine’s 20-hectare vineyard. Choose from red, white or rosé, sparkling white or sparkling grape juice (closed Tuesday and Wednesday). lachapiniere.com