Want to Buy a French Chateau? Read this First 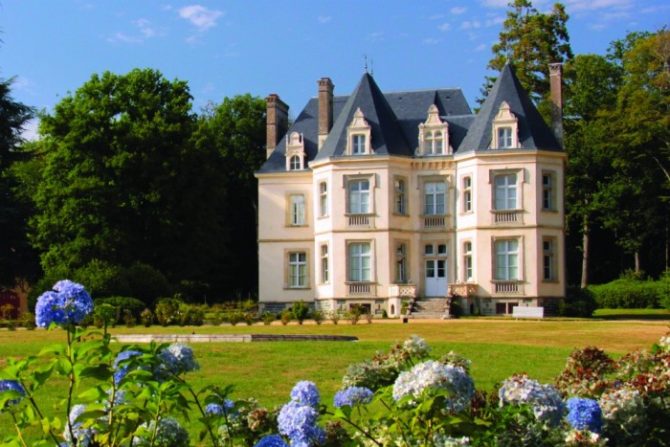 Today’s French property market is competitive yet affordable, which means that there are plenty of ‘bargain’ châteaux for sale. Owning an elegant slice of French architectural heritage remains a popular dream for many overseas buyers, however, as enticing as this dream is, it’s important to enter such a venture having undertaken extensive research.

Not long ago a buyer contacted my team looking for, in his words, a “Disney fairy tale” French château. We could all picture what he had in mind: a romantic setting, ivy climbing up imposing walls and circular turrets with conical spires reaching to the clear blue skies. Such properties do exist, however, his description also suggested his lack of awareness regarding the implications of purchasing this style of property.

Owning a château in France means acting as the guardian of a chapter of national heritage, in order to preserve it for future generations. Therefore, undertaking a certain amount of research isn’t only desirable, it’s the minimum expected of the châtelain, as the owner is known. That title is a term of deference, not so much to the person who holds it, but to their role as a caretaker of a historically significant property.

If owning a château is your dream, there’s no need to become a historian, but it’s important to at least be able to distinguish between the different styles and centuries. If you have a fixed budget – as is the case for most buyers – make sure it includes the funds which will be required to bring the property up to your standards after the initial purchase. It’s no secret that one of the reasons why there are so many ‘bargain’ châteaux are the exorbitant renovation costs and the relentless maintenance required.

Structurally renovating a château could set you back an average of €1,000 per square metre. To get a ball-park cost of the possible renovation costs, take a look at the description of the château for sale and simply add three zeroes to its total habitable square meterage…

The upside is that, in some cases, French historical properties can benefit from grants for renovation work, depending on their status. In France, a listed property can be classed under one of two labels. The ‘historical monument’ label applies to buildings which represent the public interest because of their historical or architectural relevance, while ‘listed’ status means that it’s significant and worth preserving. These labels enable the owner to qualify for grants for some of the work which may be needed, and also qualify for what can be very significant tax rebates. Opening a privately owned château to the public can also be a great way to gain access further advantages.

If you’re seriously looking at purchasing such a property, it’s essential to rely on the advice of a qualified estate agent who’s used to dealing with such properties, as well as that of an advisor specialising in French taxation.

However, even after the first wave of renovation costs have been absorbed by the new owner, running expenses have to be taken into account. A medium-sized château can cost around €80,000 a year to maintain.

The question is, once a château has been renovated, does it make a good investment? Sadly, in 90 per cent of cases the answer is no, it doesn’t. If you’re looking to buy a property in need of TLC, knock it into shape and put it back onto the market, in the hope of earning a quick profit, a château may not be the right choice. Not only because of the reasons mentioned above but also as they tend to stay on the market for a long time before finding a new owner.

So, with all this negativity, why are people still buying châteaux in France? Why is it that over 60 per cent of them are now being purchased by overseas buyers? The reason is that owning a château is – above all – a dream, a once in a lifetime opportunity to indulge a profound passion by living in a beautiful historic building. For buyers with the funds and the imagination, a French château can still be a great purchase – but one that should be measured not in the traditional financial sense, rather in terms of lifestyle enhancement and as a unique experience.

Gaëlle Perreaux-Booth is in charge of FrenchEntrée Property Services, which has been helping international buyers find their dream property in France for a decade. With over 120 estate agent partners they are able to source any kind of French property, priced from €40,000 to €40 million.