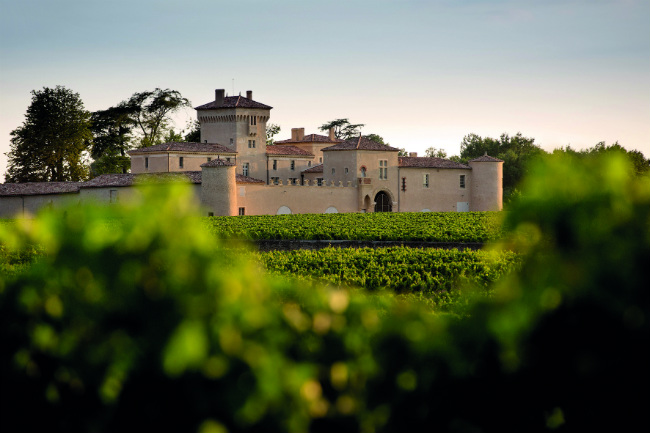 After transforming the villa of René Lalique, the 19th-century jeweller, glassmaker and artist, in Wingen-sur-Moder in Alsace, into a luxurious hotel and restaurant two years ago, Silvio Denz, the Swiss-born director of Lalique, continues to expand the brand with the opening of a second hotel and restaurant on one of the most prestigious wine estates in the Bordelais, the Château Lafaurie-Peyraguey. Denz acquired this 400-hectare estate, which was founded in 1618 and is best known for its 1er cru classé Sauternes, in 2014 and asked the architect Mario Botta, who oversaw the transformation of Lalique’s villa into the Villa Lalique, to create a hotel on the estate.

Botta worked in collaboration with Lady Tina Green and Pietro Mingarelli, who created the Art Deco-inspired interiors of the Villa Lalique, to respect the decorative traditions of the Bordelais, including beamed ceilings and muted colours, while making them modern with jewel-tone colours and sleek Lalique furniture. All thirteen rooms have individual bespoke décors, but the most striking change to the château is the glass-walled pavilion looking
over the surrounding vineyards that was created by Botta for the hotel’s restaurant. It’s furnished with forest-green velvet chairs at tables set with white linens and its most dramatic decorative element is a coffer in the ceiling that is lined with Lalique leaves.

To helm the kitchen, Denz brought in young chef Jérôme Schilling, who had most recently cooked with Jean-Georges Klein, the head chef of the Villa Lalique in Wingen-sur-Moder. Schilling has impressive credentials, too, since he’s also worked with Joël Robuchon, Roger Vergé, Thierry Marx and Jean-Luc Rocha, among others. Aside from creating an elegant, contemporary Bordelais cuisine of his own, Schilling’s brief also included inventing dishes that flatter or feature the estate’s wines.

The opening of this new project has created quite a flutter in the Bordelais, so it was with great curiosity that I joined three friends for dinner at the new restaurant recently. Arriving, it was apparent that the service is still settling in since, the elegance of the décor notwithstanding, a warmer hospitality style might be better suited to wine country. I expect this will evolve, however, and in any event the three starters we tried were exquisite. A charming three-part riff on the Marmande tomato grown in the southwest included a tomato tortellini filled with burrata, a tomato feuilleté with mozzarella, and a tomato bouillon, while tartare of Bazas beef, also from the southwest and some of the best beef in France, was brilliantly garnished with dashi bouillon, Ossau-Iraty cheese and summer truffle. Foie gras marinated for twelve hours in Sauternes and then sautéed was earthy, edgy and elegant in its simplicity, and main courses were similarly incisive in their creativity, and impeccably prepared, including braised duck breast with a cake of semolina and peaches and a jus flavoured with verveine and sea bream cooked in olive oil and served with Provençal vegetables, anchovies from Collioure and a velouté of bell peppers seasoned with elderflower. 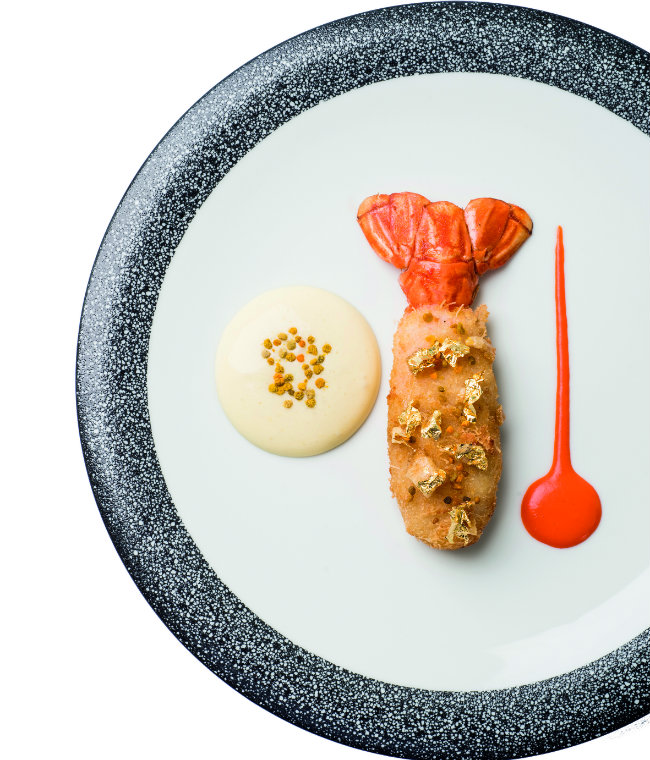 We expected a good meal, but we were rather astonished by food of this calibre in a rural setting from a chef who’d just set up shop. If Schilling is cooking this well just out of the gate, this restaurant has the potential to become one of the great tables of France. Superb desserts by pastry chef Stéphane Corolleur included a remarkable cream of baby peas with a mint and bergamot emulsion, strawberry water and a herb sorbet, and a chocolate soufflé with Maldon salt and lemon verbena sorbet. There’s a spectacular wine list, and they also propose a €95 lunch menu and a €115 dinner menu, along with several tempting wine pairing menus.