The History and Benefits of a French Thalassotherapy Break 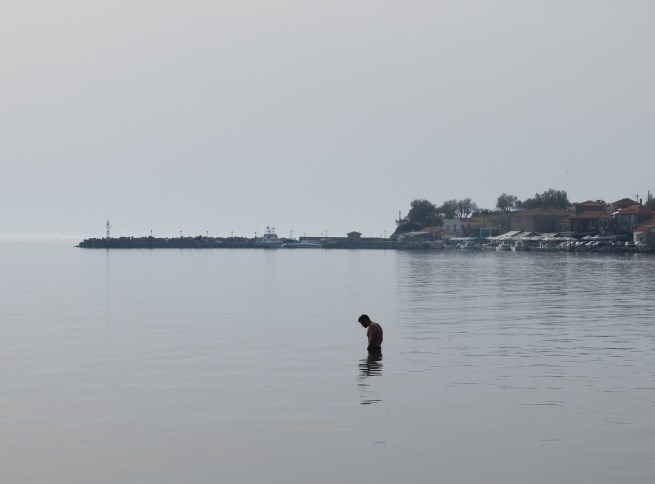 Thalassotherapy: The medical use of the beneficial properties of the sea (which includes coastal climate, seawater, marine mud, seaweed, sand, and other substances extracted from the sea) in a preventative and remedial aim

Dotted around the French coastline are pristine white havens of tranquility and soothing calm, each spa a place for retreat and regeneration whilst in and out of soft towelling robes.

The word spa comes from the Latin “sanitus per aqua”, which translates as “health through water” and the curative qualities of seawater and seaside climate have been used for therapeutic purposes since Roman times. Today, it’s a big business and there are countless seaside towns where visitors flock to be sprayed, floated, pummelled and hosed using a variety of water-based techniques.

France has enjoyed a long and close association with the use of all things marine in the treatment of humans. Thalassotherapy (from the Greek word thalassa, meaning “sea”) is the medical use of seawater as a form of therapy – the properties of seawater are commonly believed to have beneficial effects upon the pores of the skin – and this liquid form of life-enhancement was developed in seaside towns in northern France during the 19th century.

The first rheumatism and depression treatment centre opened in Boulogne-sur-Mer in 1800 but French enthusiasm for thalassotherapy only really took hold in 1822 with the opening of the first warm water spa in Dieppe, which would launch its fashionable beach resort in 1824. The appeal of thermal seawater centres was cemented in 1964, when the cyclist Louison Bobet decided to develop thalassotherapy activity in France by opening the Quiberon institute, the precursor of modern thalassotherapy centres. 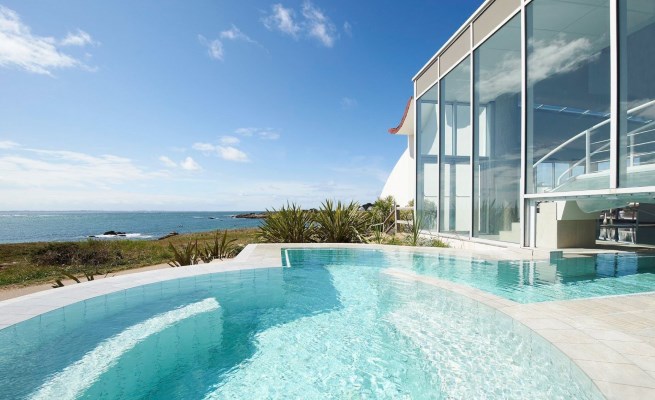 Direct from the sea

Today, these places must adhere to certain standards and rules. For example, they must be within 1,000m of the highest water level and the seawater used in treatment pools and in individual treatments must be completely natural. It should be freshly drawn and transported directly through the centre’s pipes, and must be identical to open water, with a maximum salinity difference of 2%.

It is then heated (between 31 and 35°C) to encourage the dilation of skin pores and let the biological composites act directly upon the body. De-stressing and encouraging dynamism and vitality are the key health-enhancing benefits.

Safety and hygiene are paramount too. In addition to independent laboratory analyses, a thalassotherapy establishment carries out monthly samplings from the pumping station and all treatment pools for bacteriological analyses by an accredited laboratory and monthly controls of seawater salinity in the storage reservoirs.

It’s thought that while a weekend is a relaxing treat, you need to spend a week taking the thalasso treatments to really reap the benefits. But what treatment to choose?

You can go for an application of marine mud, which has analgesic and anti-inflammatory effects, while the skin is infused with the richness of active elements. Seaweed wraps see the body covered from head to foot in a layer of warm seaweed to optimise the absorption of trace elements, while a cooling wrap has a seaweed lotion applied to your lower limbs, activating circulation in the veins while giving an immediate and long-lasting feeling of lightness and freshness.

For seawater treatments there are many options, from jetwater showers, underwater showers and whirlpool baths to hydro-massage baths, hydro-jets and body scrubs. Then there are the range of body massages, all given by a state certified kinesiotherapy masseuse to relieve in a therapeutic state.

If all this sounds too good to resist, then why not head to France’s coastline to sample the wonders of thalassotherapy for yourself.

Les Sources de Cheverny Near Blois in the Loire Valley