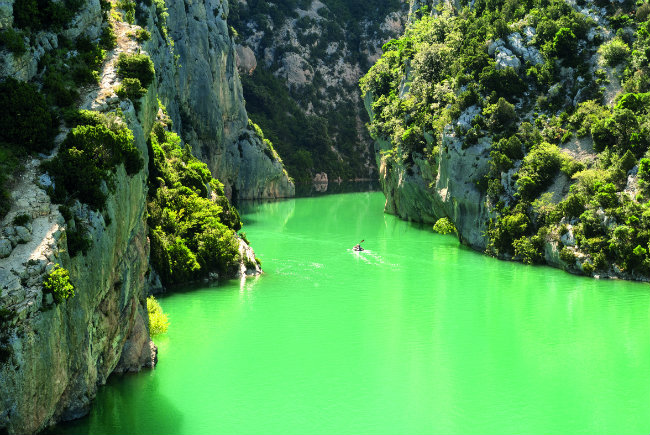 Bathed in sunshine 300 days a year and criss-crossed by lavender fields, the home of France’s own ‘Grand Canyon’ is an enchanting getaway…

Perched 500m above sea level, the Valensole plateau is without a doubt the most emblematic – and dazzling – pit stop on Haute-Provence’s Routes de la Lavande. Hop on the picture-postcard trail, a stone’s throw from Digne-les-Bains, and bask in the heady scent of the violet blooms.

France’s answer to the Grand Canyon, les Gorges du Verdon is one of the most dramatic and dizzying natural wonders in Provence, nay, the entire nation. Accessed via breathtaking circular ‘corniche’ route around the rim of the gorge, the area of outstanding beauty is a haven for intrepid hikers. Not for the faint of heart…

A nature reserve-cum-open-air museum, the Musée-Promenade de la Réserve Géologique de Haute-Provence is made up of a circuit of trails punctuated by streams, waterfalls and works of art, all leading to showrooms where visitors are invited to delve into the history of our precious planet. This is the ideal place to unwind and reconnect with the natural world. Take our word for it.

Alpes de Haute-Provence is undoubtedly home to some of the finest southern fare. Let yourself be tempted by Banon goat’s cheese, or a tender morsel of Sisteron lamb. Why not drizzle the region’s moreish lavender honey over your tartines, or indulge in a cheeky Pastis? Tucking into the coveted black diamond, the truffe de Haute-Provence, is simply a must. Unearthed from the Valensole plateau in the Verdon and the pays de Forcalquier, it is the pride and joy of the département. 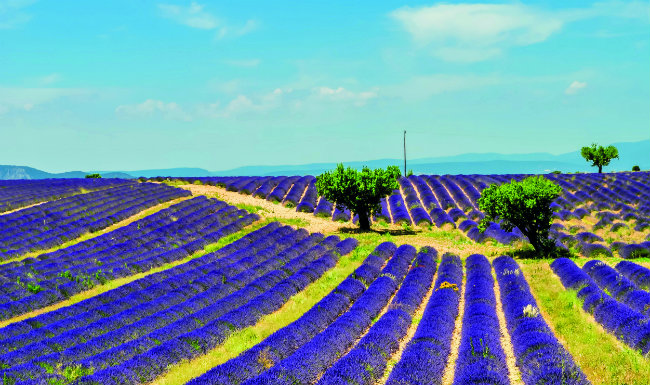 Overlooking the Durance valley from its high wooded plateau, the 10th-century Ganagobie monastery is home to stunning Romanesque mosaics. Snug in the central apse of the church, the remarkable polychrome mosaics bear Eastern influences and feature a lattice of geometric designs and fantastical animals.

Treat yourself to a behind-the-scenes tour of L’Occitane en Provence’s factory, museum and luscious gardens. Located in sunny Manosque, it is the purveyor of organic cosmetics and natural fragrances’ flagship store in France.

Alexandra David-Néel’s exploits are storied. The explorer became an opera singer to support herself and travelled over much of China and Tibet disguised as a beggar. Intrigued? Visitors can retrace the dauntless footsteps of the Franco-Belgian adventurer at the Maison d’Alexandra David-Néel in Digne-les-Bains.

Soaring above the banks of the Durance river, the medieval town of Sisteron and its formidable citadel are not to be missed. Once described as the most inaccessible in the entire French kingdom, the 13th-century fortress offers an incomparable vista from its rocky crest. Amble along the old town’s criss-cross of tapered streets and behold the 12th-century former cathedral dedicated to the Blessed Virgin Mary.

Nestled between Provence and Mercantour, the Ubaye valley is the bolthole of choice for thrill-seekers. Wild and unspoiled, it is a favourite with hikers and canoeing enthusiasts. But it’s not just about the great outdoors. The Ubaye valley is blessed with stunning heritage and hidden treasures; not least the enchanting Romanesque church of Saint-Paul-sur-Ubaye, the impressive Châtelet bridge suspended over narrow gorges, the hilltop fort of Tournoux and Abriès mill in Jausiers.

Previous Article Autumn in Paris: A Fabulous Fest with American Friends of the Musée d’Orsay
Next Article Renoir and Friends: Luncheon of the Boating Party at the Phillips Collection, Washington D.C.