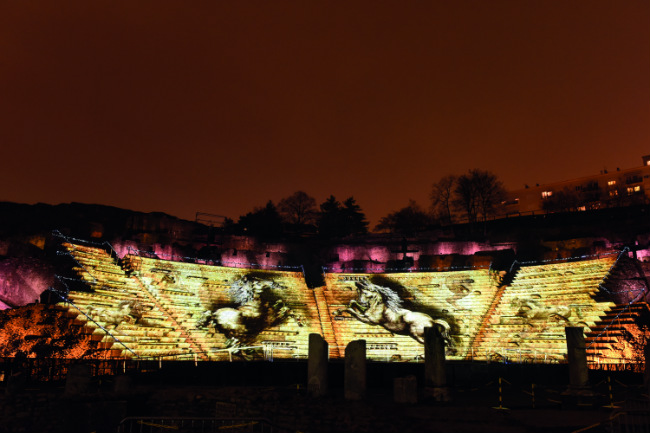 Hailed as France’s ‘Capital of Gastronomy’ and blessed with a raft of historic landmarks and Roman sites, the birthplace of cinema has plenty to satisfy both rumbling tummies and hungry minds…

B IS FOR BOUCHONS

Unique to Lyon, bouchons bistros serve up cockles-warming fare amid the clatter of crockery, clinking glasses and deafening banter. The term bouchon originated from the bundle of twigs (known as ‘bousche’) restaurant owners hung on their doors in lieu of signs. The history of these small family-run eateries is entwined with the city’s industrial heritage, in particular silk-weaving, as it’s in these bouchons that the workers returning from a night shift would eat their fill. You can’t go wrong with a piping hot dish of andouillette and a generous helping of cervelle de canut (cheese dip).

Dubbed France’s ‘Capital of Gastronomy’, Lyon is bursting at the seams with Michelin-starred restaurants. First put on the map by the late superstar chef Paul Bocuse, it has become the stomping ground of maverick cuisiniers. You’ll usually find them rooting round Les Halles de Lyon – Paul Bocuse – the city’s bountiful covered market – for the freshest produce.

A maze of hundreds of secret passageways slicing through the belly of this ancient city, Lyon’s traboules are a true test of one’s sense of direction – tapering as they’re wont to do into nothingness or dead ends. Harbouring a veritable trove of mullioned windows, Gothic galleries, ancient wells and medieval fountains, the twisty-turny traboules are well worth the detour(s).

A dramatic exemplar of 19th-century Gothic architecture, the imposing Basilica commands sweeping views over the city from its lofty perch on the Fourvière Hill.

It is in Lyon that the Frères Lumière shot the reels of the world’s first motion picture, La Sortie des Usines Lumière, in 1895. Head to the Institut Lumière, housed in their ancestral home, and follow in the footsteps of the fathers of cinema. 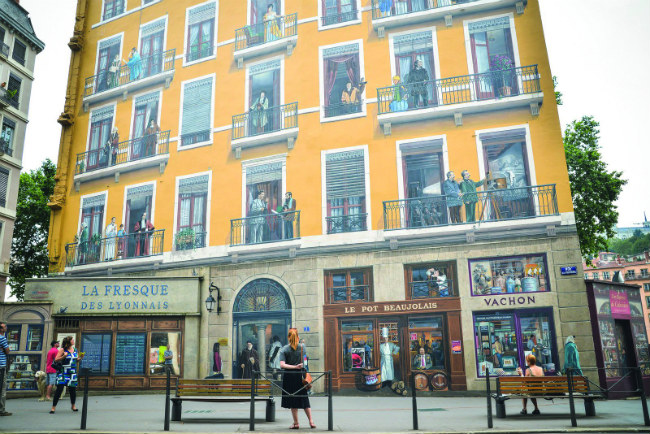 Lyon’s answer to Bilbao’s Guggenheim, the Musée des Confluences’ hulking steel, glass and concrete shell makes quite the statement. And the science and humanities museum within is just as impressive – and awe-inspiring.

No trip to Lyon would be complete without a leisurely pootle round the Parc de la Tête d’Or. A green oasis spread across 105 hectares and home to a zoo and botanical gardens, it is just the place to while away an afternoon. So what does a “golden head” have to do with it? Legend has it a gilded head/bust of Christ is buried somewhere in the park. Highly doubtful as it would have been uncovered by now… Though that doesn’t seem to stop shovel-wielding treasure hunters from sneaking in at night and trying their luck.

Perched atop Fourvière Hill, the stunningly-preserved 15 BC Grand Théatre is not only the jewel in Lyon’s crown but France’s oldest Roman amphitheatre.

Forget the balmy summer months, it’s in December that Lyon shows its true colours. For three glorious nights each winter, the cityscape becomes the shimmering backdrop to an epic light show as part of the Fête des Lumières. A sight for sore eyes!