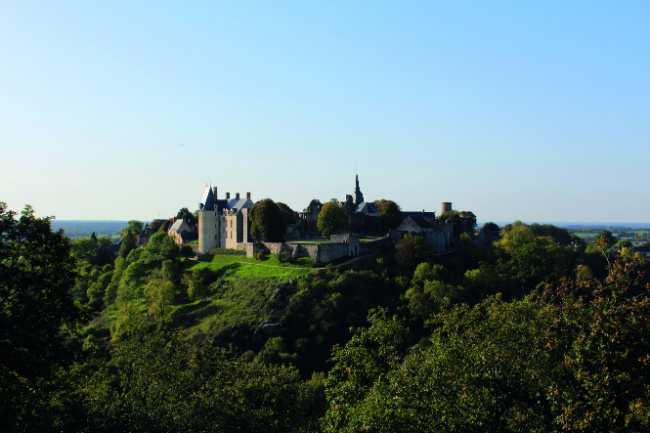 This hilltop village above the River Erve has been inhabited since the 6th century BC and is classified as one of the Most Beautiful Villages in France. Famously, its keep withstood the advances of William the Conqueror in 1083, despite a three-year siege. www.chateaudesaintesuzanne.fr

The region’s history goes much deeper than first meets the eye, and a visit to this museum at Thorigné-en-Charnie shows just how long this land has been worked by man. Do visit the underground Grotte Margot. www.grottes-musee-de-saulges.com

In the hometown of Henri Rousseau, housed within the complex of Laval’s château, is a municipal collection conceived in 1967 by the artists Jules Lefranc and Andrée Bordeaux Le Pecq to showcase naïve and singular art. www.musees.laval.fr/art-naif 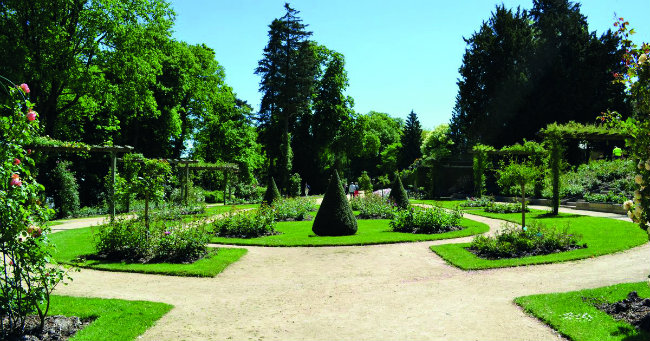 A short walk along the river from the château is the impressive municipal garden of La Perrine. This was in private hands until 1885, when it was sold to the city to pay off a (large) gambling debt. Henri Foucault de Vauguyon’s loss was the people’s gain. www.laval-tourisme.com

On an outcrop in Maine-et-Loire stands the magnificent Château de Saumur. It has enjoyed a colourful past, serving as a barracks, and as a prison under Napoleon, before being restored in the 20th century to house the town’s museum of decorative arts. www.ot-saumur.fr 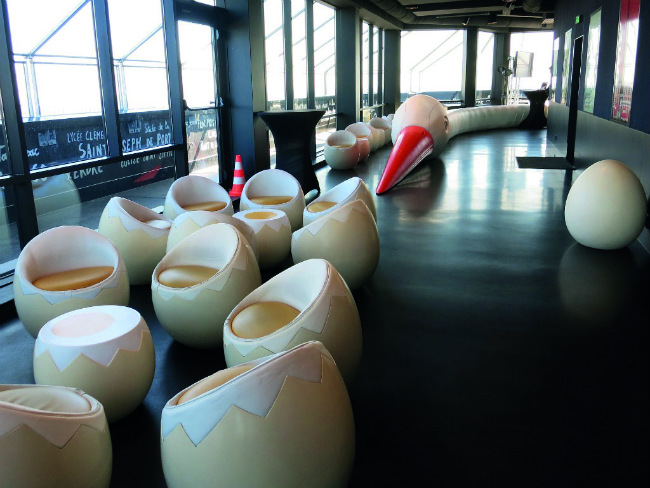 The ‘Nest’ is a bar at the top of the Tour de Bretagne offering unrivalled views across the region’s capital city. A giant bird’s neck winds around the space serving as an unusual bar, while large ‘eggshells’ provide seating in keeping with the theme. www.lenidnantes.com

Recently reopened after restoration and extension, Nantes Art Museum is now spread across the original 19th-century palais and a new modern structure, creating a worthy space for this significant collection. museedartsdenantes.nantesmetropole.fr 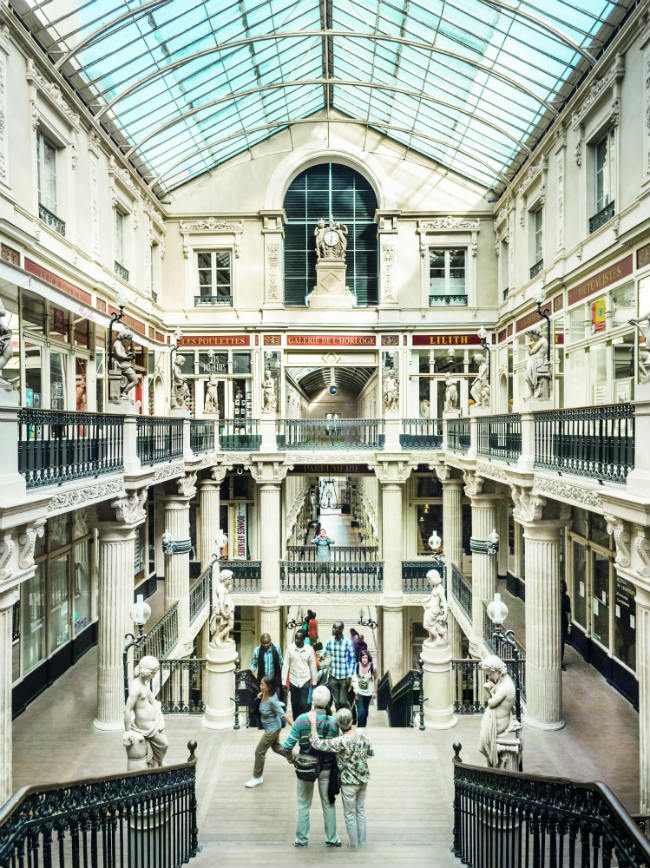 Nantes has always been a forward-thinking city, and this shopping mall dating from 1843 is a great example of this. An ingenious solution to connect two streets on very different levels, it’s so beautiful you almost forget to look inside the shops themselves. www.passagepommeraye.fr 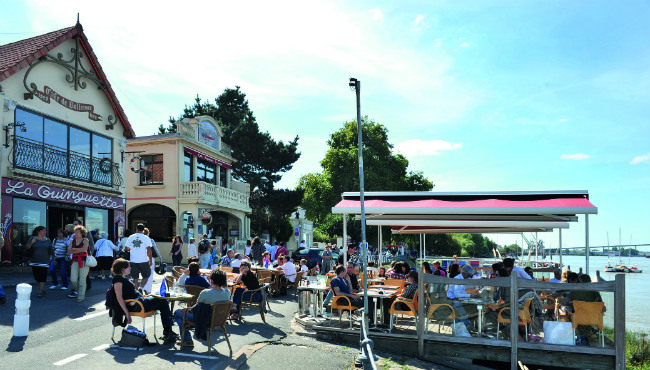 Just a short boat ride along the Loire from the centre of Nantes, on the south bank, is the delightful fishing village of Trentemoult. Narrow, winding streets are home to some excellent restaurants where you can kick back and enjoy the Loire at your leisure. www.nantes-tourisme.com

With a maritime history stretching back centuries, Saint-Nazaire’s shipyard has built some of the nest cruise liners ever to take to the seas, including Cunard’s Queen Mary 2. This museum showcases more than 200 artefacts from liners built in the city. www.leportdetouslesvoyages.com 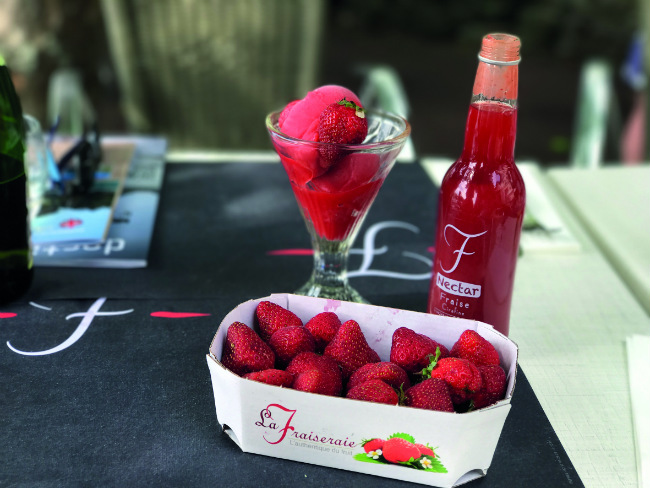 La Fraiseraie is one of Pornic’s most-visited destinations. They grow their own strawberries and use them to produce homemade sorbets, ice creams, jams, jellies… In short, there is very little this craft business cannot do with a strawberry. www.lafraiseraie.com 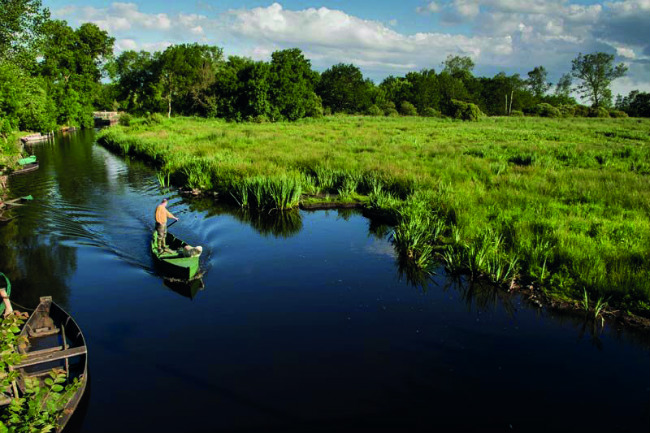 Step aboard a chaland and punt around the extensive marshland that surrounds Guérande, one of France’s largest areas of wetlands. Designated a national park in 1970, its tranquil waters are a haven for wildlife. www.parc-naturel-briere.com

Previous Article Off the Beaten Track in Champagne: Mussy-sur-Seine
Next Article 5 Must-See Exhibitions in France to Brighten up your Winter