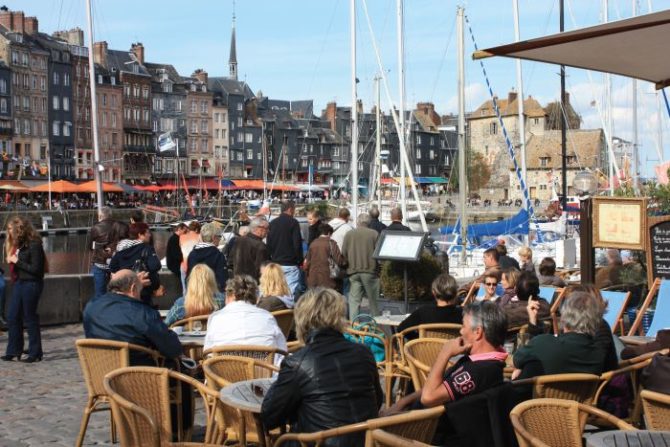 Our pick of the must-see towns, historic buildings and other places of interest.

Impossibly pretty with an inner harbour fringed by houses up to seven storeys high, Honfleur has a fine arts museum named after Monet’s mentor, Eugène Boudin who was born here, as was Erik Satie. Check out the wooden church of Sainte Catherine.
www.honfleur-tourism.co.uk 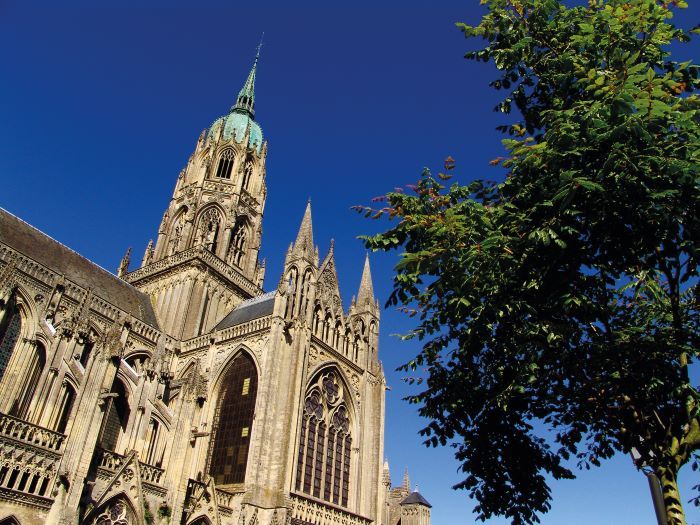 An embroidery on linen rather than a tapestry, this 11th-century stitching tells the story of William of Normandy’s invasion of England in stunning detail. Don’t miss the Gothic cathedral or the Commonwealth Cemetery with nearby Journalists’ Cemetery.
www.bayeuxmuseum.com 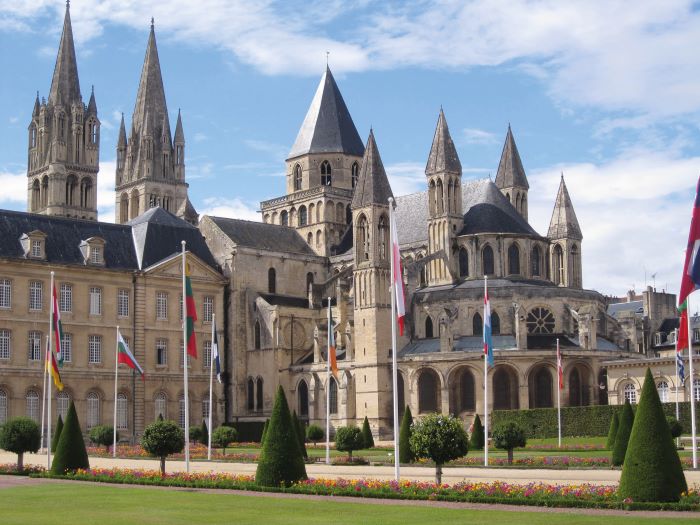 This is the home town of William the Conqueror, who was born at Falaise Castle and built his own ducal castle here. He is buried in the Men’s Abbey. The Mémorial de Caen on the outskirts is a museum to peace told through the 20th-century conflicts.
www.memorial-caen.fr 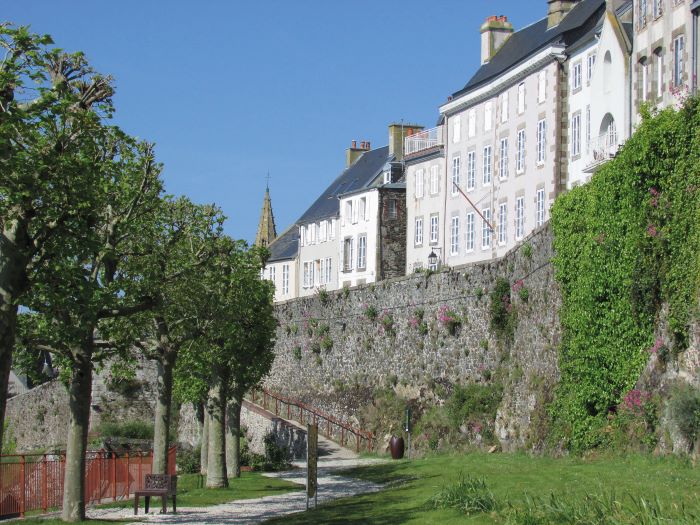 This busy harbour with a fortified upper town on the west coast of Manche became a fashionable resort in the 19th century. Les Rhumbs, the childhood home of Christian Dior, is now a museum hosting a different exhibition each year.
www.musee-dior-granville.com 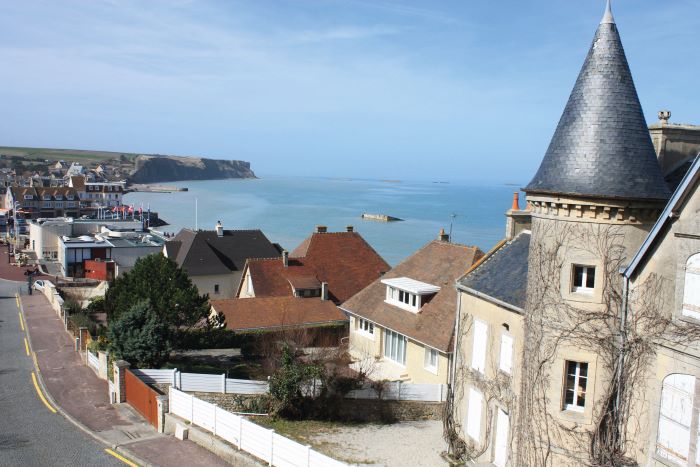 You don’t need to be a fan of military history to be awed by the remaining sections of floating Mulberry Harbours that litter the beach at Arromanches and rest in a tranquil arc offshore. Discover the story at the fantastic museum on the promenade.
www.arromanches-museum.com 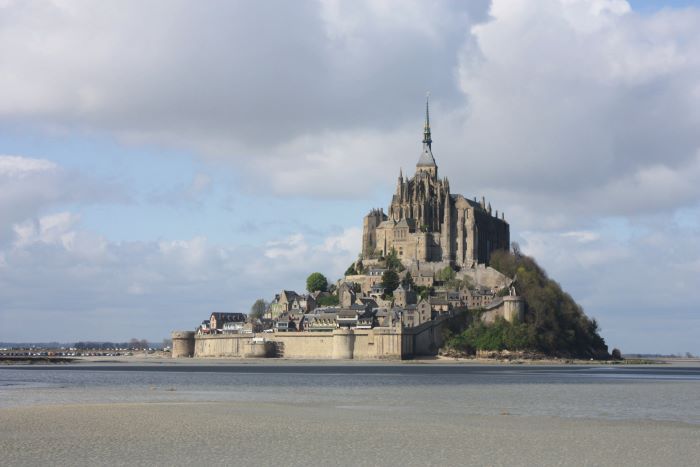 The most visited National Monument outside of Paris, this famous island topped by an abbey is impressive from any angle, but especially from the seabed at low tide. But never go it alone. Join a guided tour to avoid incoming tides and quicksand.
www.cheminsdelabaie.com 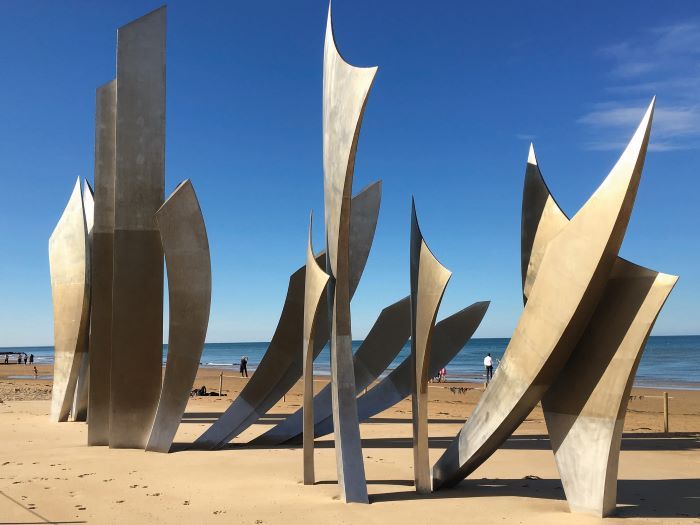 From the Merville-Franceville battery and Pegasus Bridge, through Arromanches and Pointe du Hoc to the British-owned Maisy Battery and Sainte-Mère-Église, each site has its own story to tell. Be sure to walk those wide golden sands too. Humbling stuff.
www.maisybattery.com 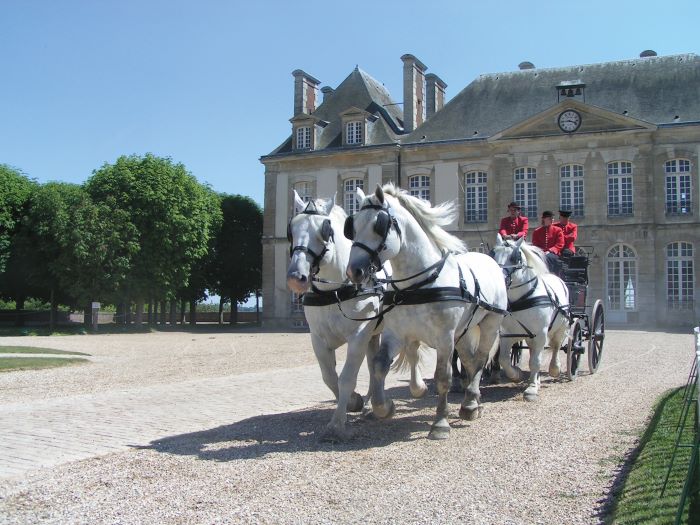 Built for Louis XIV, ‘The Versailles of the Horse’ is amongst the most impressive of France’s national network of stud farms. Enjoy guided tours of the grounds and stables plus displays of native Percheron on summer Thursdays. E-bike hire.
www.haras-national-du-pin.com 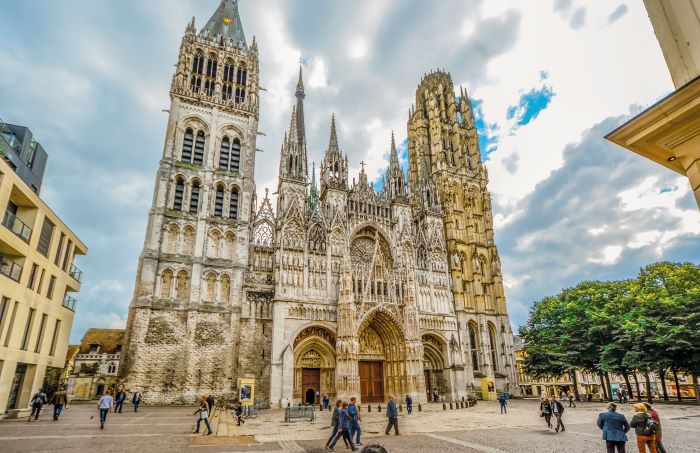 Rouen was loved by Monet and other Impressionists for its beautiful old town around Notre-Dame Cathedral. Don’t miss the Gothic belfry; museum dedicated to Joan of Arc; and the Fine Arts Museum with paintings from the 15th century to present day.
www.rouentourisme.com 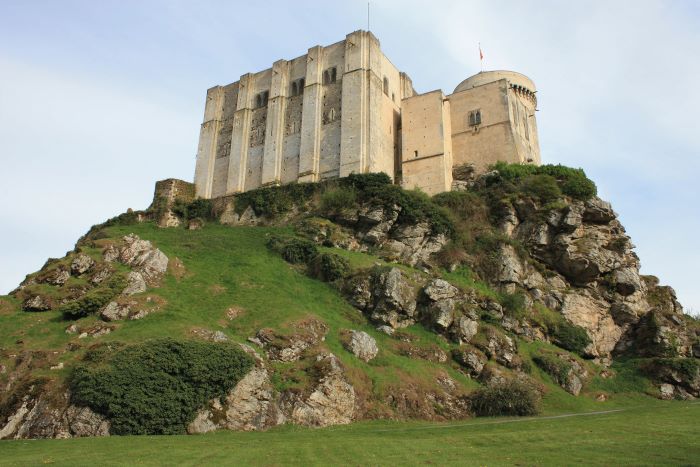 William the Conqueror was born on this site, although the current castle was largely built by his son. Medieval history springs vividly to life with the help of modern technology, including room reconstructions on tablets.
www.chateau-guillaume-leconquerant.fr 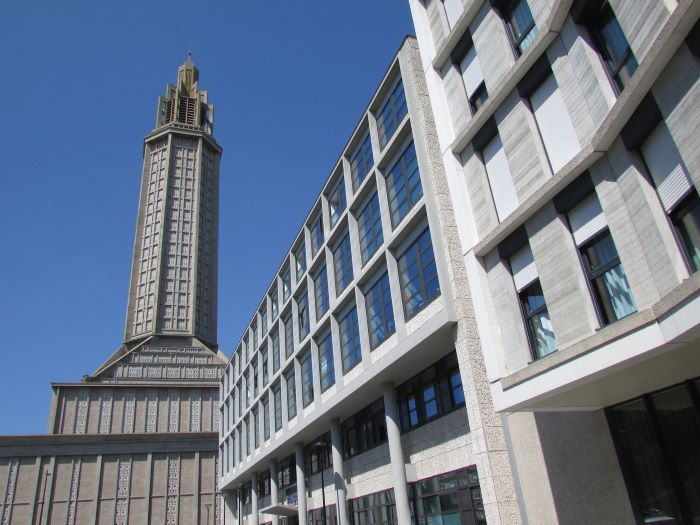 Rebuilt after World War II by architect Auguste Perret, it is now listed by UNESCO. Visit the Perret show flat; Saint Joseph Church; and the Museum of Modern Art André Malraux, with the second-largest Impressionist collection outside Paris.
www.lehavre-etretat-tourisme.com 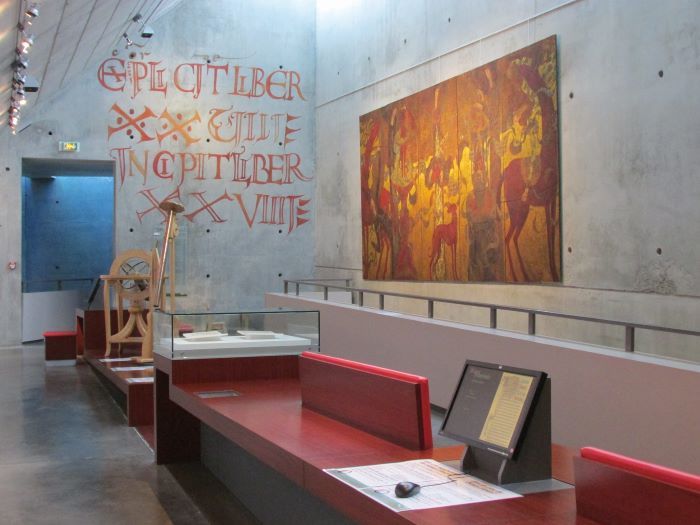 This hilltop town has views to Mont-Saint-Michel and is home to the Scriptorial, a surprisingly interesting museum of medieval manuscripts. A stone pillar in a green space marks the spot where Henry II was pardoned for Becket’s murder.
www.scriptorial.fr

Previous Article Echoes of the Past: Prehistoric Wonders in Southern France
Next Article True Crime on Netflix: Grégory