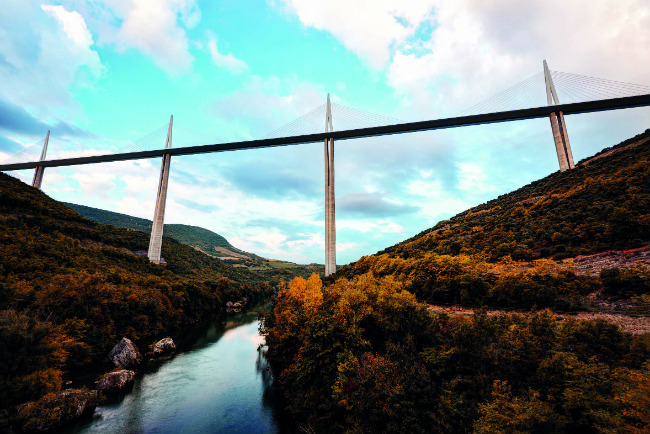 Dotted with rugged landscapes and more ‘Plus Beaux Villages’ than any other part of the Hexagon, Aveyron is one for the bucket list. Here are 12 reasons to explore France’s 12th département…

Nestled in the heart of the Occitanie region, the delightfully rural nook has no shortage of architectural wonders. Among these landmarks are the Notre-Dame Cathedral in Rodez and the abbey of Conques. Wherever your travels take you, don’t miss the slim white flyover that is Norman Foster’s Millau Viaduct.

With a whopping ten ‘Plus Beaux Villages de France’ – more than any other département – Aveyron is officially the most beautiful province in the Hexagon. How is that for a claim to fame? From picturesque Estaing to Belcastel, these ancient hamlets and picture-postcard towns really are a sight for sore eyes.

Dotted with Knights Templar sites and bastide towns, the département of Aveyron is a repository of history. Explore the Bastides du Rouergue, a network of medieval villages blessed with arcaded squares and criss-crossed by cobbled streets and quaint passageways… 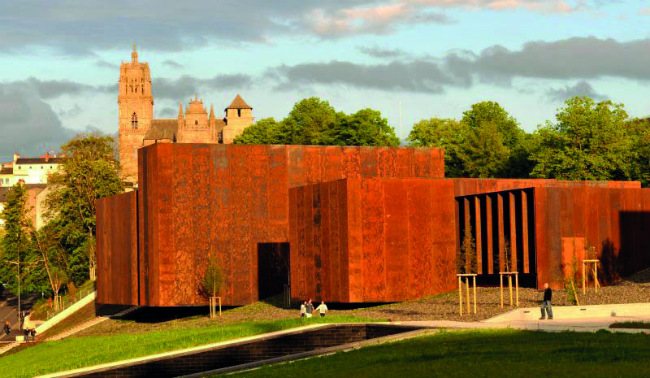 The stamping ground of painters and super-star chefs, Aveyron’s spellbinding landscapes – and superior terroir – have inspired a host of artists over the years. Among them is father-son Michelin-starred duo, Michel and Sébastien Bras (the latter recently made headlines when he begged to be stripped of his three stars!) and painter Pierre Soulages. A museum now celebrates his abstract work in his hometown of Rodez.

From the knife-makers plying their time-honoured trade in Laguiole and Sauveterre to the glove-makers, leather workers and flurry of craftsmen upholding centuries of French savoir-faire, Aveyron is steeped in tradition. A shopaholic’s dream…

A place of pilgrimage for gourmets in the know, Aveyron boasts a flurry of markets peddling the best of the local terroir and a coterie of fine-dining restaurants, not least Sébastien Bras’s Le Suquet at Laguiole.

Sparsely populated and refreshingly rural, the southern département is known for its stunning scenery, from the flower-strewn pastures of the high Aubrac to its dreamy river valleys. Without motorways or railway lines scarring the landscape (a true rarity!), its unspoilt wilderness invites contemplation and a more meditative pace. Which is entirely appropriate seeing as the Camino de Santiago pilgrim route wiggles its way across its northern reaches.

From jazz, blues and folk festivals, to dazzling light shows, the Aveyronnais never miss a chance to throw a party. Whether it’s the dead of winter or height of summer, it’s always la fête somewhere in Aveyron.

Thrill-seekers can get their adrenaline fix with canyoning, sailing and even skiing right on the doorstep. The region is also bisected by a maze of cycle paths and hiking trails – so dust off those walking boots!

By far the most untamed corner of Aveyron, the Aubrac plateau is only disturbed by the steady stream of pilgrims braving the rugged volcanic terrain on their way to Santiago de Compostela. Legend has it that a man-eating wolf, la Bête du Gévaudan, terrorised the area in the 1760s, killing more than 100 people. Local farmer Jean Chastel claimed to have shot dead the bloodthirsty beast in 1767 with a silver bullet fashioned from a medal of the Virgin Mary.

In the southern tip of Aveyron, Rougier de Camarès’s terracotta rockscape is a must-visit. Named after the red clay that gives the landscape its glorious reddish palette, it’s a rare natural wonder.

No trip to Aveyron is complete without a jaunt to its capital – and beating heart
– Rodez. Meander through the historic old town, stop off at the cathedral to take in its intricate stone lacework, and round off your ramblings with a visit to the Musée Soulages.