The Best City in the World Shares its Recipe: The Agora Biennale in Bordeaux 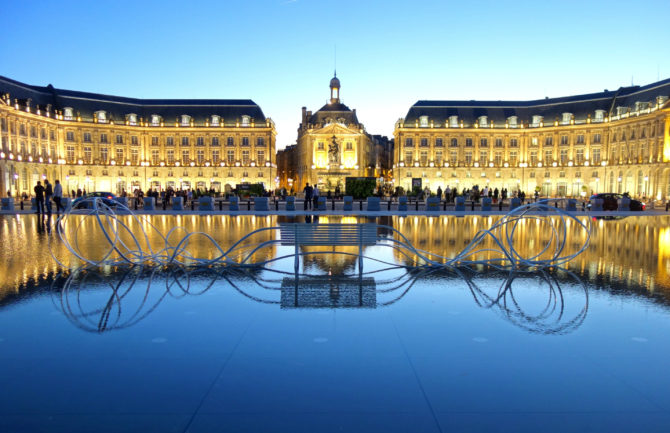 Lonely Planet picked Bordeaux as the best city in the world to visit, so there must be lessons to be learned from this exciting success story. The travel guide praises the new TGV ultra-connection to Paris in less than 2 hours, the superbly grand architecture, decadent gourmet scene, and the recently opened Cité du Vin. While all these are truly wonderful features, the secret recipe relies in no small part on Bordeaux’s forward-looking approach to urban planning.

Every two years, the city holds a mega-meet up of the best minds in architecture and urbanism. In this edition of the Agora Biennale the theme is the metropolitan landscape. The biennale aims to enter into a dialogue with the public about their quality of life, based on the premise that beyond stone and concrete, a city is built with its inhabitants, their lives, their actions, and their thoughts.

‘Since cities have become metropolises, urbanization has become planetary’ said Belgian architect/landscaper Bas Smets, Curator of the Augmented Landscapes flagship exhibition at the H14, ‘With a world population in excess of 7.5 billion, half of whom live in metropolises, with the loss of natural habitats becoming irreversible and humanity still unable to estimate the impacts of climate change, it is time to redefine the ambition of the landscape project. The days of the fortified city are over, when there was a clear distinction between the ‘inner’, and the ‘outer’ parts. ”

At the main venue of the Biennale, Hangar 14, the landscape has taken over. A ‘river’ of signs flowing through a forest of 300 trees, which will be replanted after the exhibition, effectively converting the show into the landscape. If Bordeaux today emerged as a torchbearer of urban reinvention, these grand concepts were once just a fickle flicker of the imagination.

“The centre of Bordeaux has shifted,” said Alain Juppé, Mayor of Bordeaux and President of Bordeaux Métropole, ‘Nowadays, it includes a large natural space: the seven kilometres of Garonne redeveloped riverbank. This migration… perhaps would not have been possible without a change in the way Bordeaux is perceived by the collective subconscious.’ 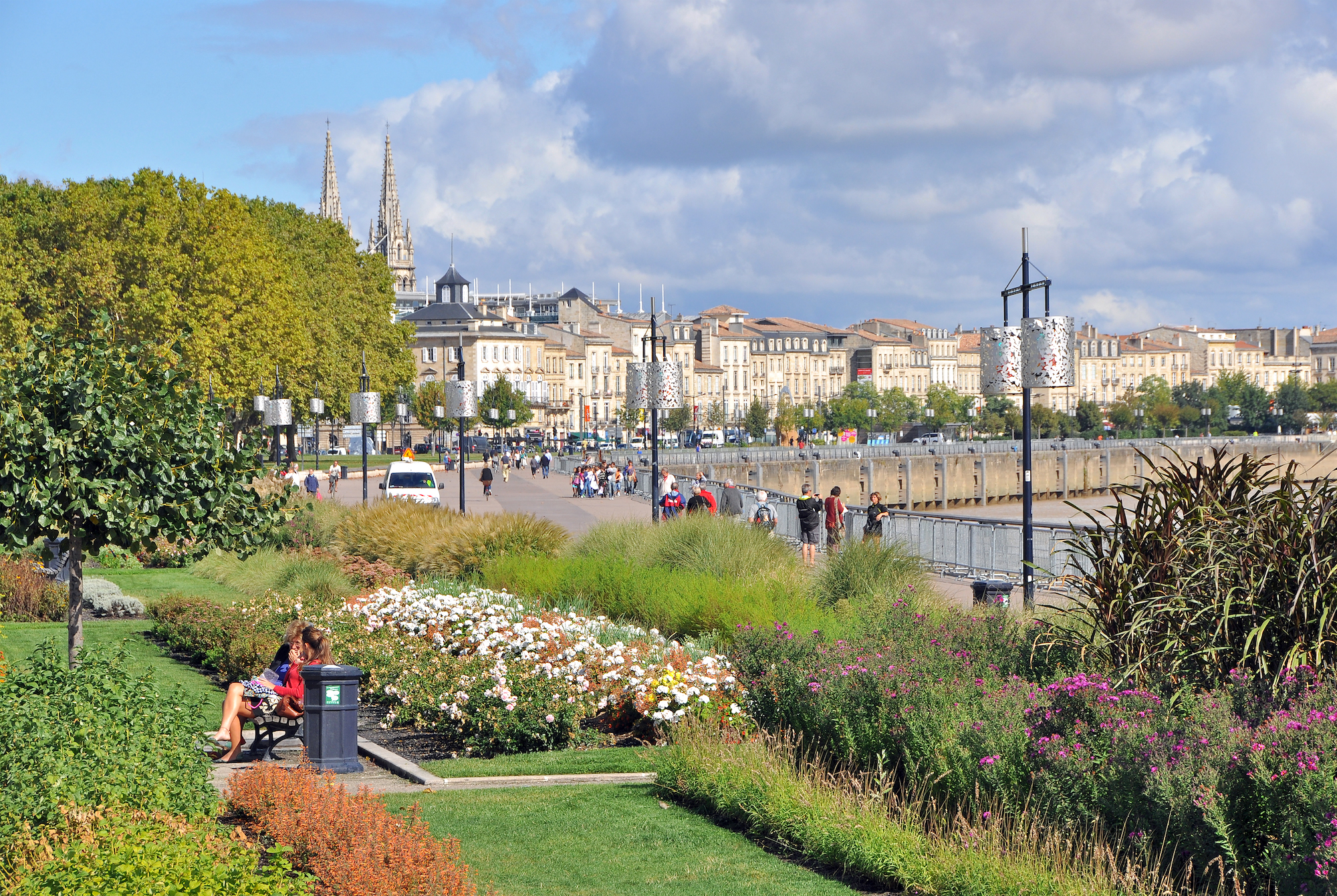 As part of the Biennale there are exhibitions, debates, films, games and competitions in 60 different sites, neighbourhoods and municipalities around Bordeaux Métropole, including full-scale models, pop-up restaurants, edible gardens and even a mushroom farm in an underground restaurant, plus surprising art installations. Take the striking Spaghetti Benches by Franco-Argentine sculptor Pablo Reinoso. Set in the most Instagrammed landmark in Bordeaux, the ‘water mirror’ fountain in Place de la Bourse, Reinoso’s installation is an opportunity to see the city through the eye of the imagination. First, the mist of water rises, and the city disappears in the clouds. As the fog descends the mirror reflects the landscape upside-down as if you had your feet in the sky. Finally, the water mirror dissipates to reveals the familiar Place de la Bourse. 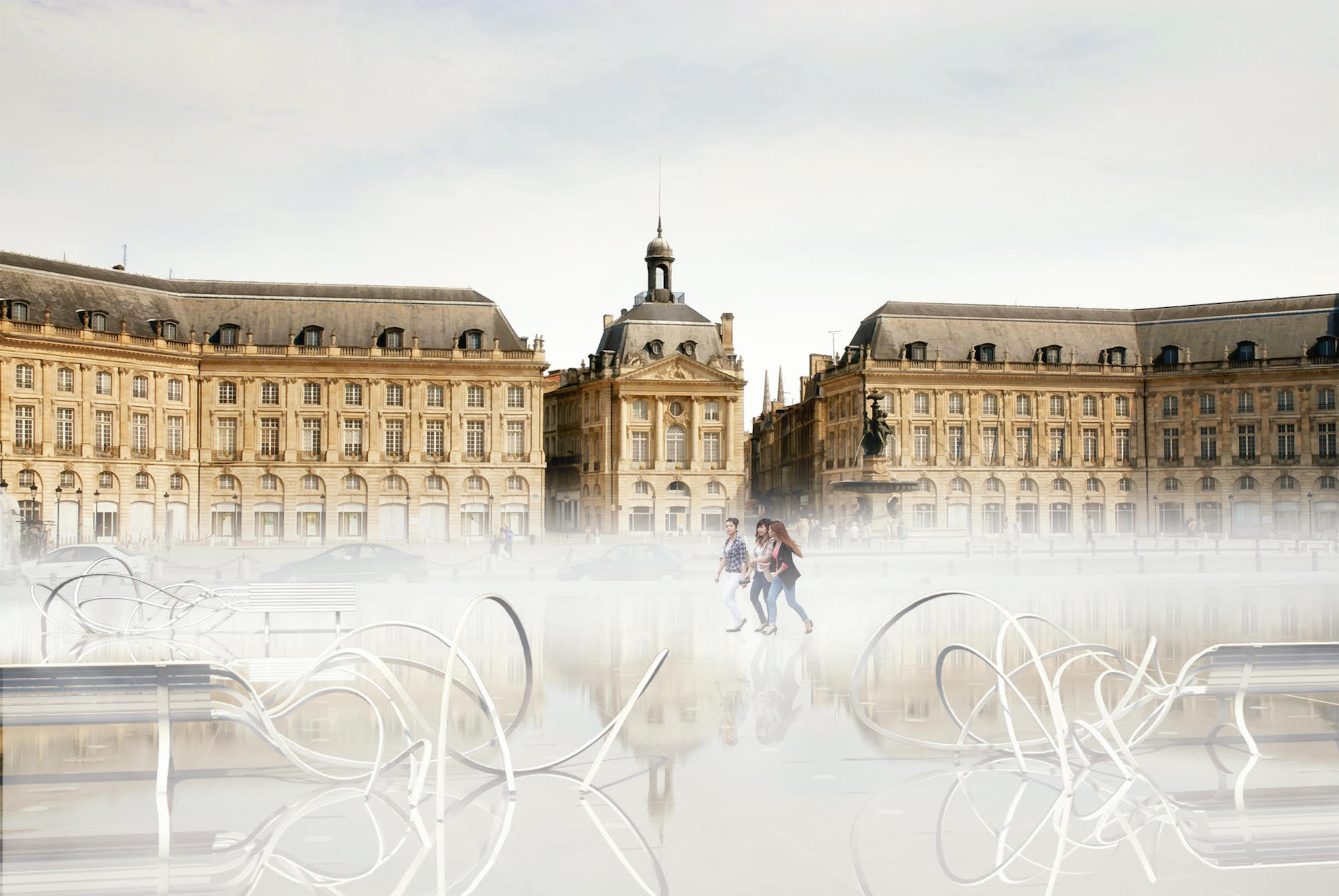 Spaghetti Benches by Pablo Reinoso ©Courtesy of the artist

It is not by random chance that Bordeaux places among the most liveable cities in the world. Having grasped the importance of landscape in urban life, Bordeaux keeps reimagining its future, and sharing the inspiration. We are already looking forward to the next edition of the Agora Bordeaux Biennial of Architecture,Urbanism and Design in 2019.