Champagne Country Fetes “the Year of Renoir”: Visit the Artist’s Home in Essoyes 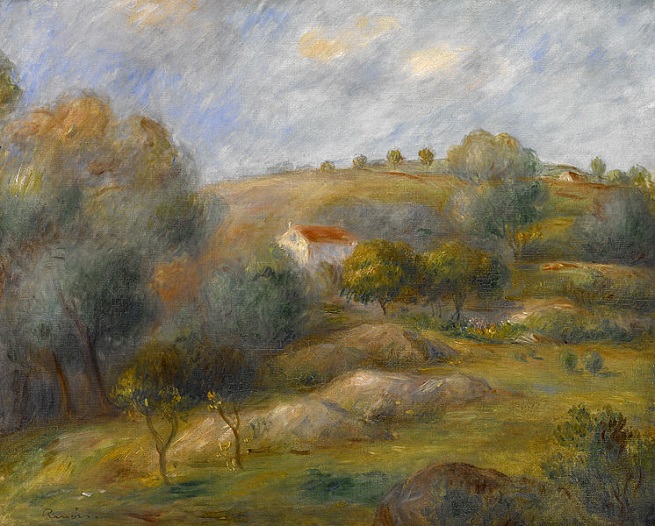 He was born in Limoges, spent most of his life in Paris, and died in Cagnes-sur-Mer, in Provence: but in the latter part of his life Pierre-Auguste Renoir spent long, happy periods of time in a quiet little village in southern Champagne, near the border of Burgundy.

This year l’Aube, the département in which that village, Essoyes (ESS-wah), is located, is devoting the whole year, and especially the summer months, to celebrating the Renoir legacy in the area.

The signature event is the June 3 opening to the public of the Renoirs’ family home in Essoyes, which the painter and his wife purchased in 1896, and which the commune of Essoyes purchased from their great-granddaughter, Sophie Renoir, in 2012. The opening of the family home to the public now adds a centerpiece attraction in addition to the Renoir studio, which has been open to the public since 2011, and the interpretive center (du Côté des Renoir), which tells the story of the life of this family in Essoyes. “The first step for us was to have visitors able to visit Renoir’s studio, but when they see the studio, they really want to see the house too,” says Mayor Alain Cintrat. “Now we’ll be able to show them what the Renoir home was like in the time when the painter and his wife, and their children, were living in it.” 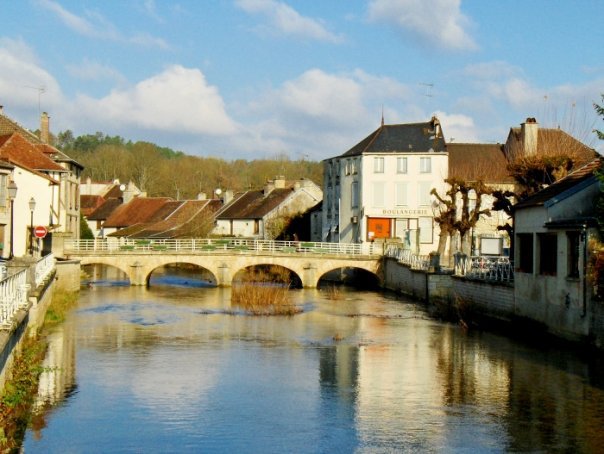 Although Auguste Renoir and his wife both died and were buried in the South of France, their remains were later returned to Essoyes, in accordance with their wishes. Now they and all three of their sons are buried in the village cemetery, a short walk away from the studio in which Renoir painted, and worked on his first sculptures.

There will be a number of other special events in connection with the Year of Renoir, including a weekend entitled “Essoyes à la Belle Epoque,” (July 22-23), during which the village will recreate the atmosphere of 1900 with reenactments and tableaux vivants. Free guided walking tours of the village (in French only) will be led by local historian Bernard Pharisien every Sat/Sun/Mon/Tues from June 1 through August 31. (Tours in English can be arranged with the Office of Tourism for groups of 12 or more. For more information or to make reservations: [email protected])

In Troyes, from June 17 to September 17, a major exhibition of Renoir paintings (“Un autre Renoir”) will be on display at the Museum of Modern Art. This exhibition will showcase 40 works of the master, on loan from collections in France and elsewhere, with an emphasis on some of his less well-known works, including those showing the influence of the time he spent in Essoyes, his still life paintings, and his sculptures. And the weekend of July 28-29 the cinéma en plein air that usually takes place during the summer months in nearby Landreville will move to Essoyes to celebrate the work of its other famous favorite son, filmmaker Jean Renoir.

photo: By Siren-Com via Wikimedia Commons

Not related to the year of Renoir, but certainly something to know about, is the annual celebration of viticulture in “la côte des Bars,” in the southern part of l’Aube. The annual Route de Champagne en Fête will take place Aug 5-6, this year featuring five villages in the Vallée de la Sarce.

Essoyes is only about three hours away from Paris, which makes it a delightful weekend destination, or a lovely stop on the way to the South of France, Switzerland, and other points south and east.

For more detail on Year of Renoir activities click here.

Driving to Essoyes from Paris takes about 2 ½ hours. For those who prefer to travel by train, Troyes, a wonderful city to visit in and of itself, is one and a half hours from Gare de l’Est in Paris. From Troyes you can rent a car from Enterprise or Hertz, both conveniently located near the train station, and then enjoy the hour-long drive from Troyes to Essoyes through the gently rolling hills and fields of southern Champagne, passing through lovely little villages along the way. (NB: Check rental agency hours before planning your trip: they may not be open on the weekends!)

Places to stay in and near Essoyes

Previous Article Great Destinations in France: A World of New Adventure in Alsace
Next Article La Culture: 5 Must-See Shows in France This Spring