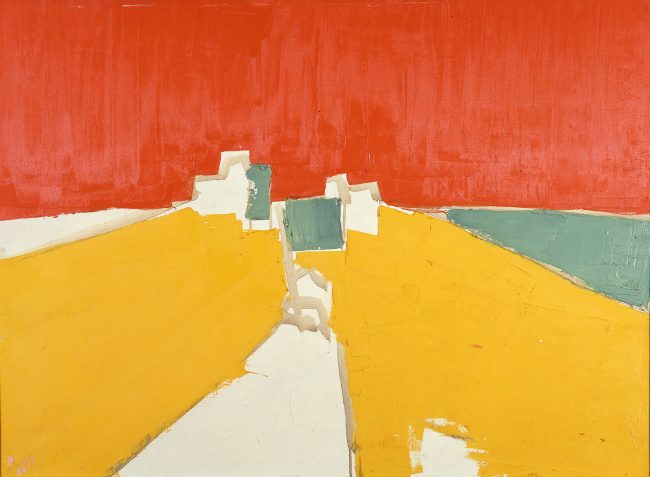 In 1953, when Russian-born artist Nicolas de Stael set up his atelier in Ménerbes, inside a stone house at the edge of a bluff, the fortified village was still an unknown sleepy hamlet. Fueled by a new amorous passion and deeply inspired by the verdant landscape of Provence, de Staël produced 254 paintings in only fifteen months.

This summer’s spectacular exhibition at the Hôtel du Caumont in Aix-en-Provence (until September 23rd) is the first show dedicated to the intense and emotionally turbulent time that the painter spent in both Lagnes and Ménerbes from July 1953 to October of 1954. These rarely-seen works –71 canvases and 61 drawings—are a joyous explosion of pure colour and light that transform the harsh beauty of the rocks, sky and trees into an abstract vision of nature. One of the highlights is a painting entitled Nice, on loan from the Hirshorn Museum in Washington, selected by Barack Obama to hang in his White House office. 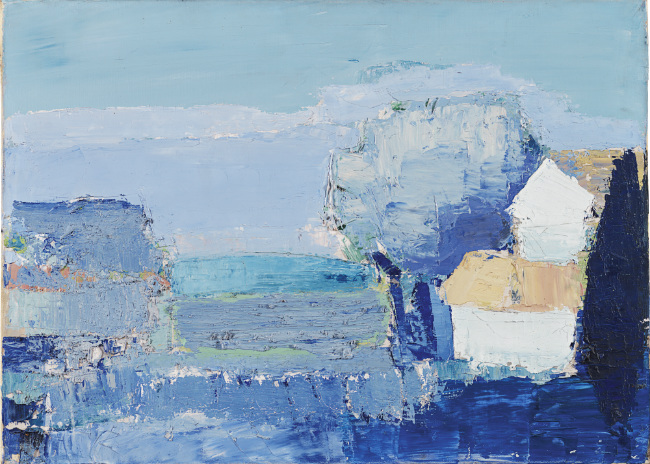 During this same period, De Staël also embarked on a voyage to Sicily with Jeanne Polge, his mistress, with whom he had passionate ill-fated 6-month love affair. Italy’s sweeping sunlit views infused the artist’s palette with a new luminosity, inspiring a relentless output of new works.

Then, fifteen months later, the artist took his own life throwing himself headfirst off the roof of his rented apartment on the ramparts of Antibes at age 41. 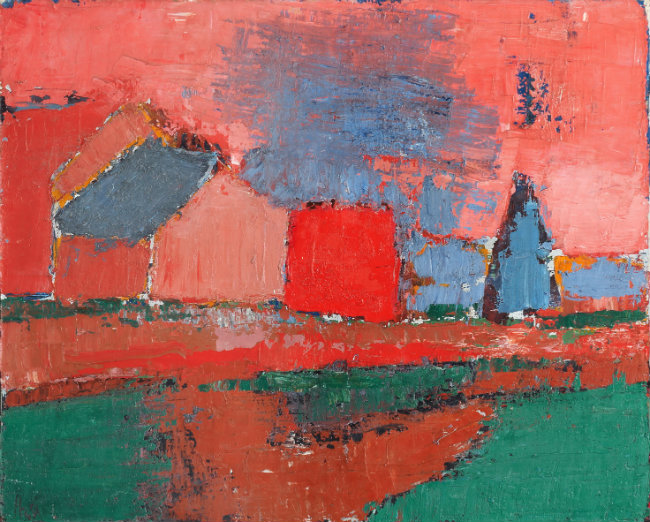 A bit of background: Born in St Petersburg, Nicolas de Staël fled to Poland with his family in 1919. After his parents’ death, he lived in Brussels before leaving for Paris to study painting. He admired Braque and Kandinsky and befriended the poet René Char, who was a neighbor in Ménerbes, as was another of his friends, Dora Maar. Although de Staël belonged to no particular school of painters and his relatively short career only lasted 19 years, he is widely recognized today– which was not the case during his lifetime. 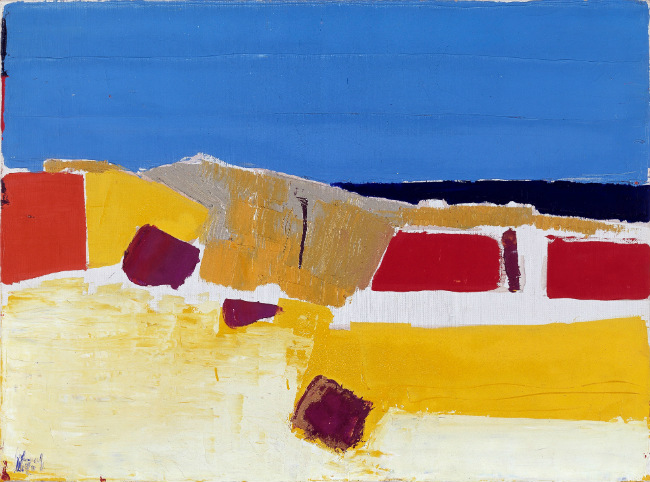 I have visited this show twice and intend to return one last time before it ends. Each time, I’ve been captivated by different aspects of the works—the intensity of the vibrating blocks of colour, the exactitude of successive layers of paint, and de Staël’s search for a balance of shapes through an irregular unbalanced composition.

Gustave de Staël, the artist’s son, who was co-curator of the show, was born just a year before his father jumped to his death. “I never knew my father,” he told me in an interview, “but the canvases he left us in the Ménerbes atelier taught me to be a painter.” 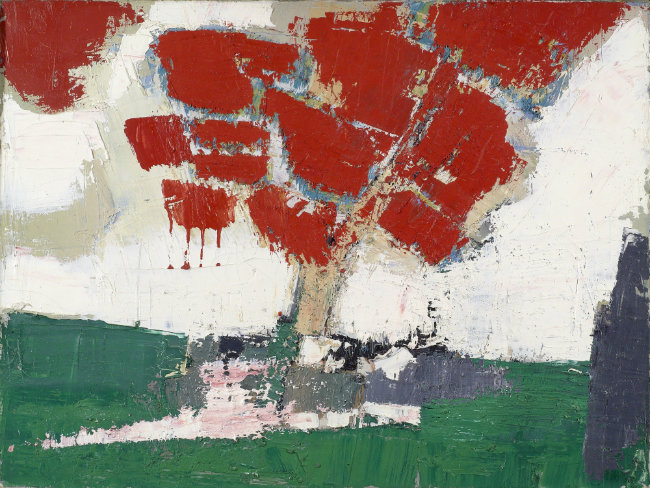 “That’s not to say that that our family house felt haunted,” he continued, “but my father still inhabited the space. What was interesting was to see the big difference between the natural landscape outside and nature in his paintings, with his bright green or red skies. His palette included lemon yellows, black, or intense pink, orange and vermilion juxtaposed with emerald and violet.”

“There was something rough and raw that corresponded to what he saw outside, but it wasn’t the same curves.” 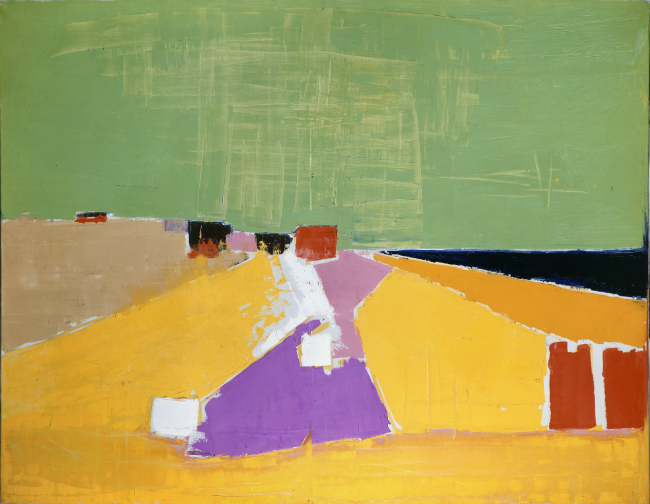 “Why did the skies he painted seem so much more alive than the ones I saw?” Gustave de Staël asked himself.

Ultimately, the austerity of the rocky Luberon may have driven the artist to seek an open horizon and the sea in Antibes.

Why then, the inexplicable suicide?

“He was worn out, consumed by the disappointing love affair,” Gustave de Staël mused. “My father was a man who chose solitude and put his suffering in his paintings. He had a desire to get the essence of a subject. With his sense of space and his talent with colour, his paintings go to the heart of things, with gentleness and humility. And to the limitless dimension of the world.” 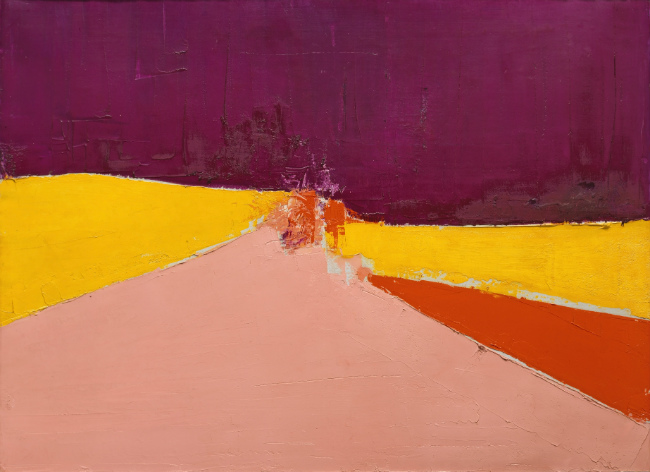 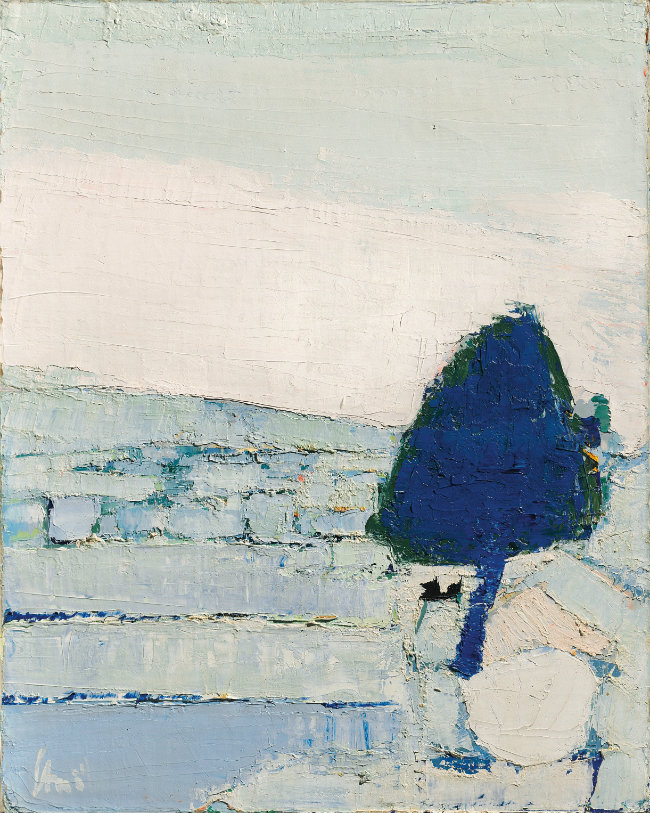