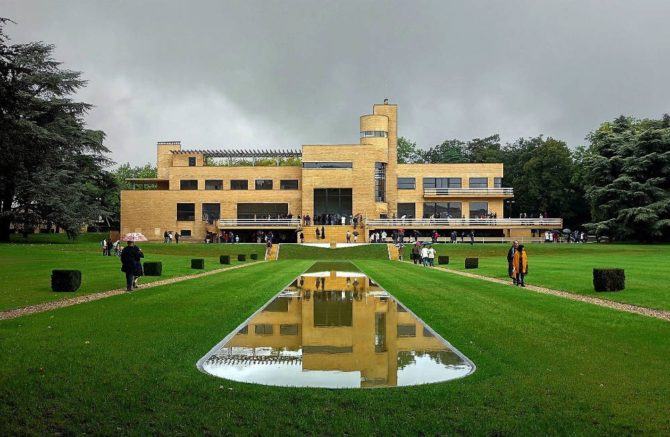 In big news for architecture buffs, the Centre des Monuments Nationaux—the French government agency responsible for restoring and managing significant heritage sites—has just unveiled a jewel of modernist architecture near Lille. The Villa Cavrois was formerly the family home of textile industrialist Paul Cavrois, and after significant restoration, it has been opened to the public.

Designed by architect Robert Mallet-Stevens as a “true modern château,” the mansion was built between 1929 and 1932, and later declared a protected historic monument in 1990. The Villa Cavrois was one of Mallet-Stevens’ finest achievements; the architect even designed all the furniture inside. Mallet-Stevens was known for his work designing film sets (particularly the movies of Marcel l’Herbier) and one of his governing principles was that “a home décor and living environment must reflect the psychology of those who inhabit it.”

So here at the Villa Cavrois, you’ll find large open spaces and rooftop terraces but without ornamental décor; Mallet-Stevens showcased industrial materials like steel, glass and metal. The reception areas used luxurious materials like marble and precious woods, but in an unostentatious way. The kitchen and service areas were designed to emphasize hygiene and functionality with dumbwaiters and built-in cupboards. Large bay windows were innovative for their time.

During World War II, the villa was occupied by the German army, and upon the death of Madame Cavrois in 1985, the property fell into disrepair and was later abandoned and vandalized. Thanks to local citizens, the site was bought by the state and brought back to life. It’s expected to be a major draw for visitors, as Lille is easily accessible from Paris, London, and Brussels.