All About Brigitte Bardot 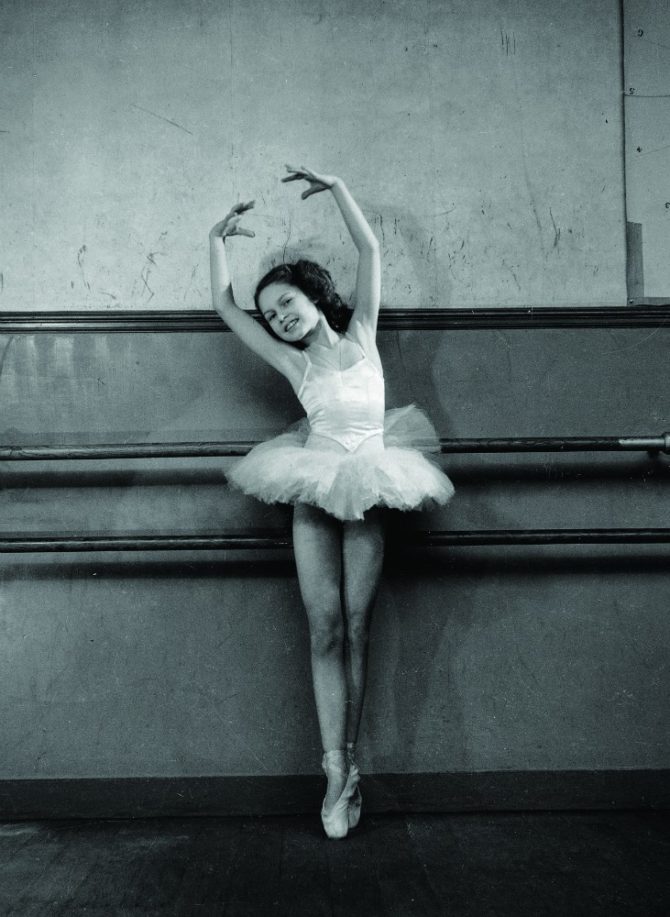 Brigitte Bardot was born, under that name, on September 28,1934 into a wealthy Parisian family. Thus the initials ‘BB’ – sounding like bébé – which would later come to define her, were her own. Her Father, Louis Bardot, was an industrialist, but also, importantly, a poet and an amateur filmmaker; her Mother, Anne-Marie, was a beautiful society woman who was keen on fashion and ballet. Brigitte’s sister Marie-Jeanne was born in 1938. The sisters’ upbringing was typical of an upper middle class family of the period: the parents treated the sisters strictly and taught them manners, supervised their education, refused to let them stay out late and scrutinised their friends.

The Bardot family spent their time between their large apartment on the Rue de la Pompe, in the elegant 16th arrondissement of Paris, and the family’s weekend cottage in Louveciennes, west of Paris. They favoured fashionable holiday destinations: Megève in the Alps in the winter, the resorts of La Baule on the Atlantic coast and Saint- Tropez on the Mediterranean in the summer. Saint-Tropez later became world famous because of Bardot and of the film And God Created Woman, but Brigitte’s Mother had a house there and the place was already frequented by writers and artists.

The Bardot family was a tight-knit unit, as their fondness for childish  nicknames suggests: the Father was ‘Pilou’, the Mother ‘Toty’, Brigitte ‘Bri-Bri’ and Marie-Jeanne ‘Mijanou’, the maternal grandfather was ‘le Boom’, and so on. Some have suggested that Bardot’s later life, her serial liaisons and difficulties with motherhood, and her intense passion for animals, were symptoms of an unhappy childhood.

They point to Bardot talking of feeling jealous of her sister or of finding her Mother distant. Much has been made of an incident, recounted by Bardot in her autobiography, whereby the sisters, aged seven and four, accidentally broke a precious Chinese vase and were punished with a severity that does seem excessive today – among other things, the girls received lashings on their behinds – but was more common then. But such claims should be treated with caution.

Throughout her writing Bardot also talks fondly of her family. Despite breaking ranks when she married the rakish Roger Vadim in 1952, she remained close to them, later helping her sister financially – Mijanou had a brief and unsuccessful attempt at a film career in the 1960s. Bardot writes at length about how she was devastated by the loss of each successive grandparent and parent, and especially distraught by the death of her Mother – of whom she wrote, “How I loved my Mother, how I always loved her, how I will always love her!”

The Bardot parents may have been strict middle-class people from the conservative 16th arrondissement, but at heart they were Bohemians, in ways that would prove beneficial to their daughter’s future career. Monsieur Bardot wrote poetry in his spare time, and he was a keen photographer and amateur filmmaker; he also had contacts in the film world that later came in useful. Unsurprisingly, he took numerous pictures and shot many reels of film featuring his attractive wife and daughters, as seen, for instance, in David Teboul’s 2013 documentary, Bardot, la Méprise (Bardot, the Misunderstanding).

He charted how the cute blond baby became an adorable little girl who, unbelievably, thought she was “ugly” – mostly, it seems, because for a while she was wearing thick-rimmed little round glasses – and then a gorgeous adolescent and graceful ballet dancer. Madame Bardot, for her part, would have liked to be a dancer or a model and she had many contacts in the world of ballet and fashion; during the war she made some hats. All this, again, turned out to be vital for her daughter, Brigitte.

Bardot’s ballet training was valuable in more ways than one. For a start it gave Bardot her distinctive, graceful posture and walk. She was evidently gifted, winning a prize at the Conservatoire in 1948. One of her teachers was Boris Kniaseff, a Russian émigré who had devised special exercises for dancers, designed to develop their muscles while keeping their legs slim. Bardot was one of his best pupils – he also taught Leslie Caron. However, although, like many little girls, Bardot had dreamt of becoming a ballerina, she abandoned ballet quickly, after one engagement on the transatlantic liner De Grasse in 1950.

It is possible that the discipline ballet required was at odds with her easy-going nature. But, perhaps more to the point, by then she had fallen in love with Roger Vadim and did not want to be separated from him at any length. She also, concurrently, had begun a career as a fashion model – a profession just as glamorous but less demanding physically.

Madame Bardot was instrumental in getting her daughter into modelling. In 1948, she convinced her friend Jean Barthet, a famous hat designer, to employ the 14-year-old Brigitte to model his hats while dancing to music from Swan Lake. Barthet’s show led to photo assignments for traditional women’s magazines such as Les Cahiers du Jardin des Modes, Les Veillées des Chaumières and Modes et Tricots, then the more modern and influential Elle, which had started in 1945.

She first appeared on the cover of Elle on the May 2, 1949 issue, when she was 15. Many, many others would follow. Bardot was perfect for modelling; not only was she extremely pretty, with large eyes, short nose, sensual lips and long, luxuriant hair, she had the perfect tall, lithe figure for it. She measured 1.68m and, unlike some of her rivals of the time, such as Marilyn Monroe, Elisabeth Taylor or, in France, Martine Carol, she never experienced weight problems. And of course the ballet training came in useful as far as posture was concerned.

When Bardot started modelling, couture and fashion in France were dominated by Christian Dior’s ‘New Look’, launched in 1947. It was glamorous and feminine in a formal and structured way. Women wore ensembles with tailored jackets and full or long, fitted skirts, and evening gowns in expensive silks or satins. Their hair was often short and wavy. For the elegant woman, clothes had to be matched by carefully accessorised hats, bags and high-heeled shoes. These were the outfits that Brigitte’s Mother and her mother’s friends wore. Although she would soon help change all this, the fashions that Bardot started out modelling were, initially, a younger version of the same thing. They were the clothes of the prim and proper teenage girl, the jeune fille.

On December 29, 1952, a two-page spread in Elle entitled Jeunes Filles of 1953: This is Your Fashion elevated Bardot to juvenile role model – ironically, since atthat point she had just married Vadim. Photographed in her apartment, we see Bardot wearing flat ballet shoes and her long, light-brown hair is neatly done up in a ponytail, with a wavy fringe. Profile shots show her pouting at herself in the mirror or gazing at toy animals. Yet, at the same time, her wasp-thin waist and curvaceous figure are emphasised, her lips enhanced by lipstick delineate the pout that will become world famous.

Increasingly, Bardot’s sexy clothes highlight her slim, hourglass figure: the woman is about to leave the jeune fille behind, prefiguring the ‘sex kitten’ label that will soon be attached to her.

On the pages of these magazines, Bardot’s looks and clothes are young and fresh, but they still follow established conventions. Soon she’ll become a trendsetter and role model, leave fashion for the cinema and become probably the most imitated film star in history. Nevertheless, modelling gave her glamour and, importantly, a degree of financial independence. It was also responsible for the encounter with Roger Vadim that would, literally, change her life.

The story of the first meeting between Brigitte Bardot and Roger Vadim, like all legends, has been told many times – including by the two principals in question – and like all such tales it has grey areas. What we know is that the cover of the May 8, 1950 issue of Elle attracted the attention of Marc Allégret, a filmmaker with a reputation for discovering actresses, among them Simone Simon and Michèle Morgan, who both became big stars of 1930s French cinema thanks to him.

Depending on the version of the legend, Allégret or his producer, Pierre Braunberger, wanted to meet the smiling young woman on the Elle cover, in order to audition her for their next project, based on a script written by Allégret’s young assistant Roger Vadim: Les Lauriers sont Coupés (The Laurels are Cut).

In any case, Allégret sent Vadim to contact Bardot. As it happens she didn’t get the part, and the film was never made. By an extraordinary coincidence, the same audition that dismissed Bardot also rejected Leslie Caron and Audrey Hepburn – possibly a record for missed opportunity. However, the encounter had far-reaching consequences for all concerned – and especially for Vadim and Bardot, on personal and professional levels.

When the fateful encounter took place, Bardot was only 16 and her Mother, deeply suspicious of the film world, accompanied her – in fact, it was only the support of Bardot’s maternal grandfather that made the visit possible in the first place. Madame Bardot, however, was charmed and reassured by the urbane Marc Allégret, a man of great culture, and impressed by his elegant apartment near the Champs-Élysées. He was, after all, a man who belonged to their world. This may have blinded her to the fact that Bardot and Vadim more or less fell for each other on the spot. He adored her pert confidence and youthful sexual magnetism – she was awestruck by his Bohemian, slightly louche aura and the glamour of the film world, far removed from everything she knew.

He made on her the impression of “a wild wolf” – as she wrote, “he looked at me, scared me, attracted me, I didn’t know where I was anymore.” Vadim, the son of a Russian émigré father and French actress, was then only 22, but by comparison he seemed mature and sophisticated to her. She resolved this was what she wanted. Soon, the bohemian Vadim introduced Bardot to his friends in the media, to books such as Simone de Beauvoir’s The Second Sex and to the act itself. The two became lovers and started seeing each other in secret, and then more openly, much to the disapproval of Bardot’s parents, who threatened to send her away to England. They relented only when she tried – for the first but not the last time – to kill herself, but decreed that they could not be married until Bardot was 18.

The wedding took place on December 21, 1952 at the Notre-Dame de Grâce de Passy catholic church in Paris, not far from the Bardot home. To please the family, this was a proper church wedding, attended by the great and the good as well as some film personalities. Bardot wore a beautiful, classic white velvet dress designed by Yvonne Trantz, with a Mao collar, fitted bust and long straight skirt with draped fabric around the hips. Her brown hair was pinned up, her face surrounded by a fine white veil. She was the image of the demure bride, but this is more or less the last time she would be seen in such a conservative outfit.

Ironically, this ultra-traditional ceremony set her free, marking her passage from childhood and dependency on her family, to adulthood, independence and the world of cinema. From then on, everything would be different, even though several years still separated her from world fame.

As seen in France Today magazine, an exclusive extract from the book Brigitte Bardot: the Life, The Legend, the Movies by Ginette Vincendeau, which also features 15 removable reproductions of rare memorabilia (Carlton Books, RRP £30).