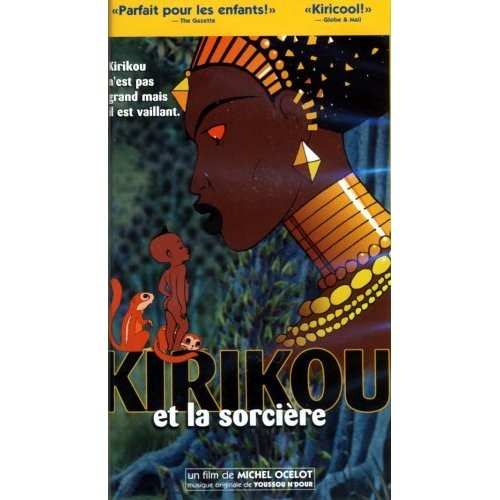 Current animation production in France is booming, offering one excellent film after another. The genre has a long history here, including some of the first animated movies geared toward adult audiences.

Based on the novel Oms en Série, by French writer Stefan Wul, and on drawings by the multitalented artist Roland Topor, La Planète Sauvage is set on the home planet of the giant Draggs, who have abducted the “Oms” (wordplay on hommes) and taken them home to keep as pets. The film tells the story of the Oms’ revolt, liberation and return to their ancestral planet, “Terra”. One of the earliest animated films for adults, it won praise for its innovative graphics and story line and took the Special Jury Prize at Cannes in 1973.

A tyrannical king loves a shepherdess who loves a chimney sweep. The king’s nemesis, a courageous and astute mockingbird, helps the two lovers escape and brings to an end the king’s evil reign. One of the most gorgeous and moving animated films ever made, Le Roi et l’Oiseau was a legendary collaboration between director Paul Grimault and poet Jacques Prévert. The project began in the 1950s but was interrupted by a dispute between the film’s producers and the two authors; more than 20 years later, after Prévert’s death in 1977, Grimault finally completed the masterpiece. Released in 1980, it won the prestigious Louis Delluc Prize and became a timeless classic.

In West Africa, Kirikou, an extraordinarily clever and unusual little boy who talks and acts like an adult, rescues his small village from the spell cast upon it by a beautiful but cruel sorceress. Kirikou was created by one of France’s most talented contemporary animation masters, Michel Ocelot, who used his superb artistry to accurately re-create the atmosphere and beauty of the West African countryside and culture. The music is composed by famous Senegalese singer Youssou N’Dour. The first installment of Kirikou was so successful that Ocelot directed a sequel, Kirikou et les Bêtes Sauvages (Kirikou and the Wild Beasts), in 2005. Kirikou has become one France’s most beloved cartoon characters.

Champion is an orphan raised by his grandmother, Madame Souza. While fulfilling his childhood dream of racing in the Tour de France, he is kidnapped by sinister gangsters and taken across the ocean to the apocryphal city of Belleville. With her loyal dog Bruno, Madam Souza leaves for Belleville to rescue her grandson. There she meets the Triplets of Belleville, three aged former music-hall stars, who agree to help her. This surreal and original animated film for adults drew kudos from critics and audiences alike and received two Oscar nominations. Also recommended is Chomet’s brilliant first animation, the short film La Vieille Dame et les Pigeons.

Based on Marjane Satrapi’s graphic novel about her own life, the movie follows a young Iranian girl’s coming of age against the backdrop of the Iranian revolution in 1979. As the fundamentalists take over, we see the effects on Marjane and her educated family’s everyday life. The film ends with a heartbroken Marjane leaving Iran for France, where she still resides. Persepolis offers a complex view of Iran and its population; the title, evoking the brilliance of Iran’s past civilization, is a reference to the Persian capital destroyed by Alexander the Great in 330 bc. The movie won the Jury Prize at Cannes and was nominated for an Oscar.

TIED FOR SIXTH-among many others!

Originally published in the September 2008 issue of France Today