First published: May 18, 2016 by Dimitri Keramitas 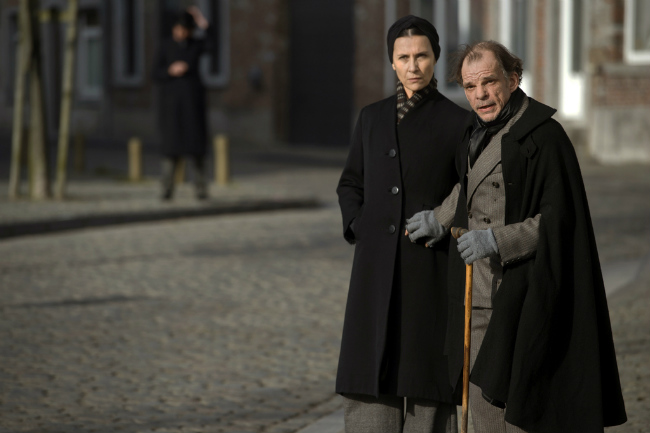 There hasn’t been much film-fare inspired by Louis-Ferdinand Céline. Considering he’s still the most controversial of French writers (I can attest that carrying one of his books to read on the metro invites occasional comments), it’s surprising there have been no adaptations of his works, or any biopics. Céline became famous in the 1930s for his instant classic Journey to the End of the Night, and then infamous for anti-Semitic pamphlets like Bagatelles Pour Un Massacre. The veteran of WWI sat out WWII, but was considered a fascist sympathizer and fled France after the war. He lived in Denmark as an exile and virtual prisoner until he was amnestied by the French authorities. Living in seclusion in the Paris suburb of Meudon, his works inspired writers in the 60s—American writers, that is. In France he remained taboo. 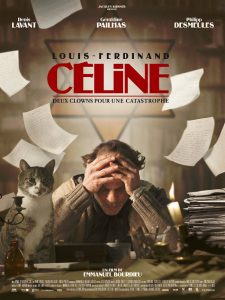 Emmanuel Bourdieu’s Louis-Ferdinand Céline: Deux Clowns Pour Une Catastrophe (Two Clowns For a Catastrophe—the title echoes that of the pamphlet mentioned above), tells the story of one of the stranger episodes in Céline’s strange life. During his exile with his wife Lucette, Céline corresponded with Milton Hindus, an American writer. Hindus was an admirer of Céline’s work, and defended him in the U.S. against charges of collaboration with the enemy. It’s possible that his efforts helped keep Céline from being prosecuted in Europe. The film recounts his trip to Denmark to visit the great man, having been invited to stay with Céline and Lucette for several days. What gives the visit both a poignant and piquant quality is the fact that Hindus is Jewish.

During Hindus’ time at Céline’s house, ensconced in a rural, forested area, a cat-and-mouse game ensues—in fact, several of them. All of the characters circle one another warily. Hindus is trying to ferret out whether or not Céline is really an anti-Semite, and to account for his outrageous statements in the past. In his friendly manner, Hindus is conducting a private Nuremberg trial. The author is, naturally, evasive. What makes this disturbing is that he seems to be just as evasive with himself. The young American also has something to hide. Although he describes the notes he takes as mere intellectual aids, he’s in fact writing an unauthorized book about Céline, who seems alternately gullible and suspicious (or perhaps even sympathizes with Hindus’s betrayal, having used his own life as grist for his fiction).

Lucette (brilliantly played by Geraldine Pailhas) is the anchor of the film. She keeps a lid on any acrimony that arises, and tries to explain her husband’s moods to Hindus. She has an exquisite ballerina’s face and body, and now works as a dance teacher for local children to bring funds into the household. She serves her imperious husband’s needs, yet knows when to scold him. However, she too is playing a game, manipulating the situation so that she and Céline can get off the legal hook and return to France. 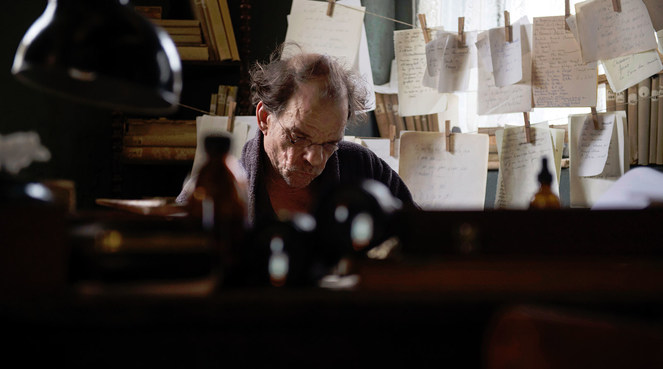 The action is limited to the house and its surroundings. The film resembles a play or TV movie as a result. Given this chamber-piece quality, the director does an excellent job keeping the film dynamic and the character interactions dramatic, or at least lively. At the same time, we don’t get a sense of the relations between Céline and the Danish authorities, or the French authorities from afar. We understand there’s a sword hanging over the heads of Céline and his wife, but the setting seems bucolic, and maybe just too pleasant (though it’s well-filmed and nice to look at).

Phillip Desmeules, an actor of British and Canadian nationality, is sympathetic as the American Hindus, expressing innate decency mixed with a shifty quality and occasional indignation. He speaks the careful, measured French of a fluent foreigner in a convincing way. Unfortunately, whenever there’s a voice-over of the letters Hindus writes to his wife, the voice (which doesn’t sound like that of the actor) is in a jarring, nearly comical Bronx accent reminiscent of old-time impressionists doing Tony Curtis. 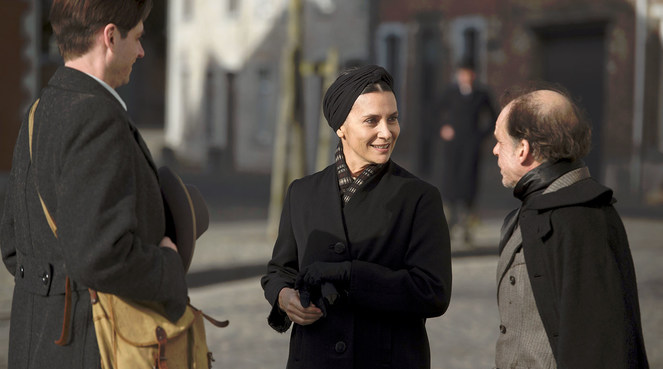 On a more serious level, some may object to Denis Lavant’s portrayal of Céline. Lavant gives a virtuoso performance, exuberantly dishing out arrogance, bonhomie, paranoia, bigotry, self aggrandisement, along with moments of insight. Aside from those moments, the author seems most human with his wife and when the occasional domestic accident gives him the opportunity to use his physician skills (“Céline” was a pseudonym—in real life he was Dr. Louis-Ferdinand Destouches). Filmed interviews of Céline compiled in a recent DVD show someone much more low-key in manner, yet Lavant does bring out the manic quality of the semi-autobiographical protagonists in the novels.

If the director’s intention was to bring out a symbolic confrontation of archetypal anti-Semite and archetypal Jew, he doesn’t succeed—the characters are too idiosyncratic for that. He also doesn’t really examine the facts of Céline’s alleged collaboration. (His incendiary statements didn’t help French morale, yet he never worked for the Vichy government or write for the collaborationist press, and most of his pamphlets were published before the Occupation.) The film works best as a contrast of New and Old World attitudes to a historical “catastrophe”. One is both tolerant and moralistic, but at a safe distance. The other is implicated, knowing, and disillusioned. The film gets us thinking not only about the catastrophe of 70 years ago, but the more recent ones in which our countries have been involved, in markedly different ways. 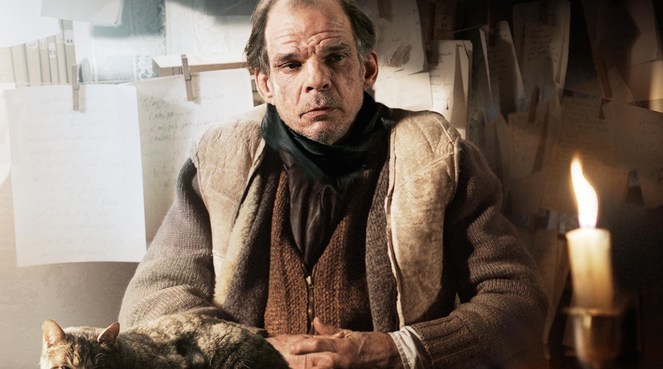