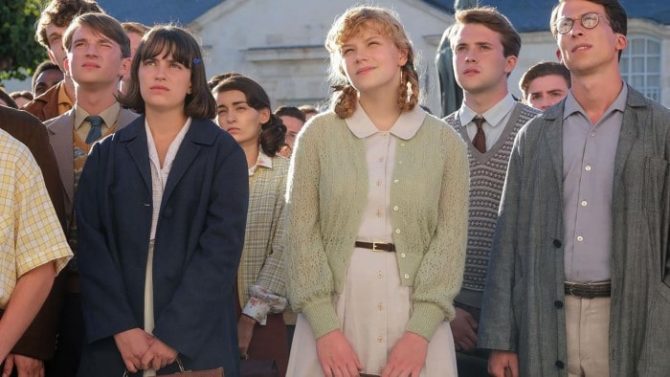 It’s 1963 and Voltaire High School is one of the first in France to become co-ed. Of course within minutes of girls arriving in school, a fight breaks out, a boy loses an eye (yep!) and mayhem ensues. The (male) teachers are up in arms and everyone is begging the headmaster to put an end to the doomed ‘social experiment’.

The series – which you can watch on Amazon Prime – may have been billed as a light-hearted comedy but it has surprising depth and tackles issues such as homosexuality (one of the teachers is a closeted gay man married to the school nurse), the barriers to social mobility, gender inequality and teenage pregnancy.

Previous Article Take it Slow on the Côte d’Azur
Next Article Picasso: Painting the Blue Period at The Phillips Collection