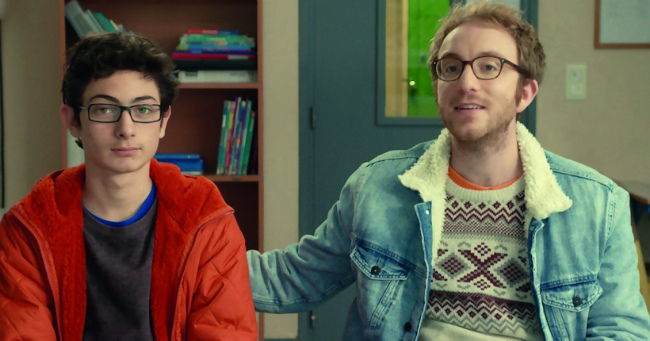 After an almighty cliffhanger, the hit comedy show is back for a second series. And for those of you who missed out on our man-child hero’s disastrous crash-course in fatherhood, now is the perfect time to catch up.

Irresponsable follows the trials and tribulations of Julien, a work-shy 30-something forced to move back home. To get him out of the house, his (overbearing) mother finds him a job as a lunchtime supervisor at his old school where his childhood sweetheart Marie – who disappeared without explanation 15 years ago – happens to work. Did we mention she has a 15-year-old kid? And guess who’s the daddy.

From his clumsy attempts to buy his son’s affection with spliffs to his even clumsier bid to win Marie back, Julien quickly learns that adulthood is no child’s play.

Previous Article Where to Stay and Eat in Gironde
Next Article Book Reviews: Effortless Style by Pierre Sauvage