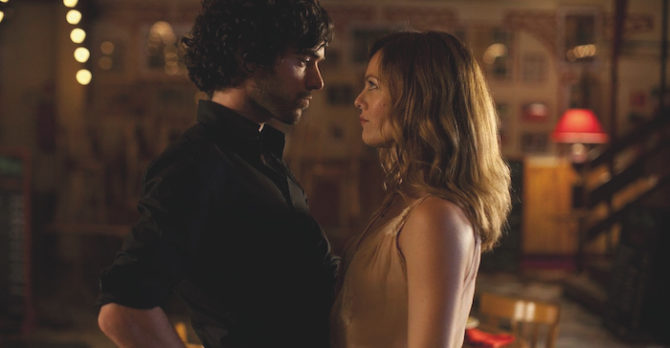 What’s not to love about this movie? As far as rom-coms go, it’s got all the essential ingredients: beautiful people in beautiful places; hilariously klutzy action sequences; a great soundtrack; tongue-in-cheek humour; and a healthy dose of Dirty Dancing.

Swaggeringly handsome Alex (Romain Duris) and his sister (Julie Ferrer) run a business breaking up relationships to order – usually at the behest of a disapproving parent. Their latest mission finds them hired by a less-than-impressed millionaire to put the kibosh on the relationship between his daughter Juliette (Vanessa Paradis) and her British beau (Andrew Lincoln). Which isn’t going to be easy as there are only 10 days before the (genuinely) happy couple are due to tie the knot. Alex has two rules – he will only split up unhappy relationships and he will not sleep with the subject… Obviously, against the glorious backdrop of Monte Carlo with the lovely, if icy, Juliette, it’s going to be tricky.

Posing as wine expert Juliette’s bodyguard – hired by her father, she is told – an action-packed, cat-and-mouse romp ensues, with Alex being given the run-around by Juliette, who is determined to escape his clutches. Along the way, he also has to dodge angry exes, creditors (business isn’t doing so well) and negotiate his way round other complications that all combine to add to the pressure. Plus, Juliette proves to be a tougher-than-usual nut to crack and even though Alex has done his homework, and does his best to convince her that he too loves early Wham! and that Dirty Dancing is his all-time favourite movie, time is fast running out for him to accomplish his break-up mission and claim the financial rewards.

We won’t spoil the ending by answering the will-they-won’t-they question but suffice to say, you won’t be disappointed. Heartbreaker was a smash-hit in France when it was released in 2010 and it’s easy to see why – it’s sleek, silly and nobody puts Dirty Dancing in the corner.