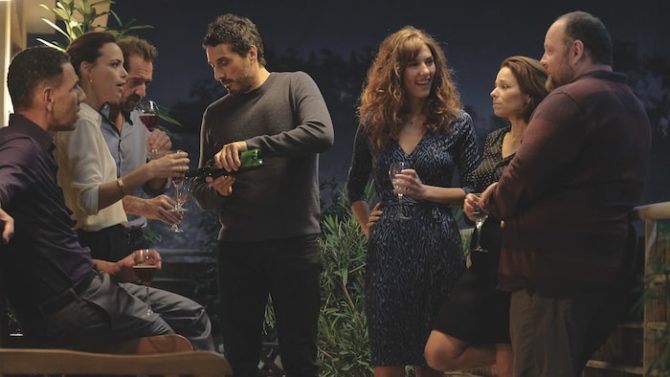 The clever plotline of this movie, which is available on Netflix, is woven out of a very simple conceit. A group of friends get together for dinner at one of their homes and conversation turns to the tale of a woman who found out about her husband’s extramarital affairs only after he’d died and she looked through the messages on his mobile phone.

The friends decide, as an experiment, that they should all put their mobile phones in the centre of the table and share any calls or messages with the entire group. Set entirely in the one location, the tension rises as tempers fray, secrets threaten to be revealed and marriages and friendships are pushed to breaking point.

Absolutely compelling, it will make you laugh as well as cringe, and has a surprisingly moving ending.