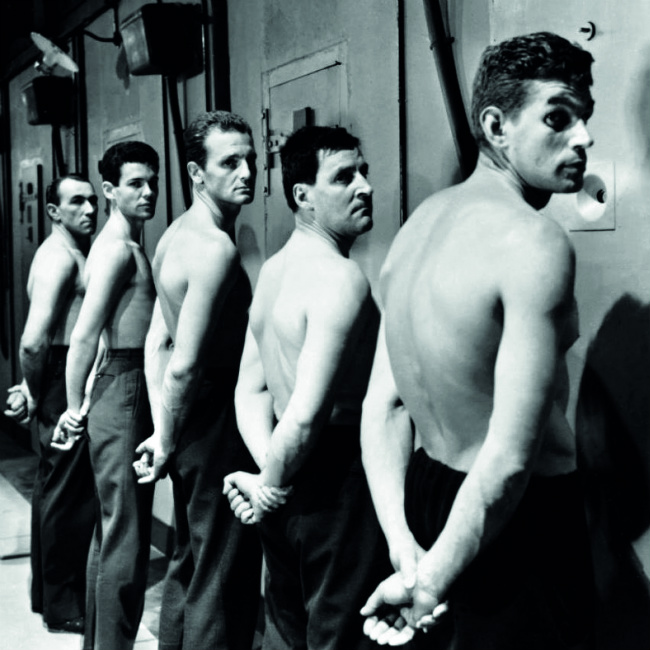 Jacques Becker’s directorial swansong is often hailed as his finest work. Indulging one grey Sunday evening in the remastered DVD release, we’re reminded exactly why this brooding prison thriller became such a classic.

Without any pomp and ceremony, we’re thrust directly into La Santé prison circa 1940s with four convicts and their baby-faced new cellmate (Marc Michel). There’s little time to make friends; in these cramped, monochrome quarters, plans are being laid to carry out one of history’s pluckiest jailbreak attempts.

It’s a perfectly unglamorous affair. Drawn-out silences and lingering close-ups abound. Confined with this unlikely quintet, we get to learn their cell’s every lacklustre nook and cranny, every hidden blade and mirror. From smuggled contraband to an ingenious pulley system and makeshift periscope (to spy on les gardes in several nail-biting scenes), this truly is the stuff of dreams for prison drama junkies.

It’s also a sobering reminder that we don’t need dramatic scores or high-octane chase scenes. Between Becker’s claustrophobic use of space and unsettling quiet, we were often bordering on hysteria – especially when our jailbirds frantically dig their titular escape route before the next cell inspection.

Suspense may be the bread and butter of a good prison break flick, but the camaraderie among characters is what really sets Le Trou apart. We know precious little about these men or their moral fibre, but it simply doesn’t matter. At its core, this is a study drawn from real events of the triumphs – and downfalls – of placing trust in your fellow man.

Previous Article Feel at Home “Au Café”: How To Order Coffee Like a French Native
Next Article French Start-Ups, Technology and Apps to Help Travellers: Dispatch from Mobile World Congress