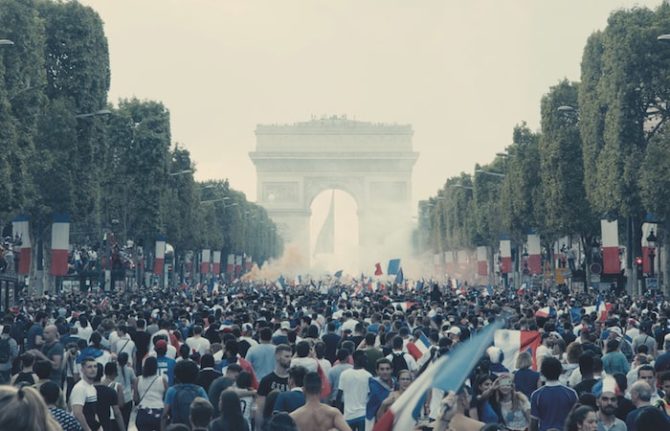 This vibrant rollercoaster of a movie is set in the same impoverished Paris suburb that led Victor Hugo to pen his famous novel. Inspired by the 2005 Paris riots, Montfermeil native Ladj Ly’s tale also deals with the issues of poverty, bigotry and social justice. Fizzing with energy from the get-go, we watch with bated breath as its characters are gently whipped up into a frenzy of resentment barrelling towards a heart-stopping ending.

Starting out as a bit of a romp full of decidedly unwoke cop banter, we meet Stéphane (Damien Bonnard), who has recently joined Montfermeil’s anti-crime squad. Alongside his less-than-scrupulous colleagues, Chris (Alexis Manenti) and Gwada (Djebril Zonga), he quickly discovers that tensions are running high in the neighbourhood. When an arrest goes horribly wrong, a drone captures the encounter, threatening to expose the cops’ behaviour.

The film, Ly’s first full-length feature – the director has hitherto been better known for his attention-grabbing web documentaries, particularly 365 Days in Clichy-Montfermeil (2007) – won the Jury Prize at the 2019 Cannes Film Festival.

Of Les Misérables, Ly says, “I wanted to show the incredible diversity of these neighbourhoods. [They] are powder kegs; there are clans. And despite all this we all try to live together and to avoid everything spinning out of control. Life in the suburbs is light years away from what the media shows you. How could the politicians ever be able to solve our problems when they don’t actually know us or how we live?