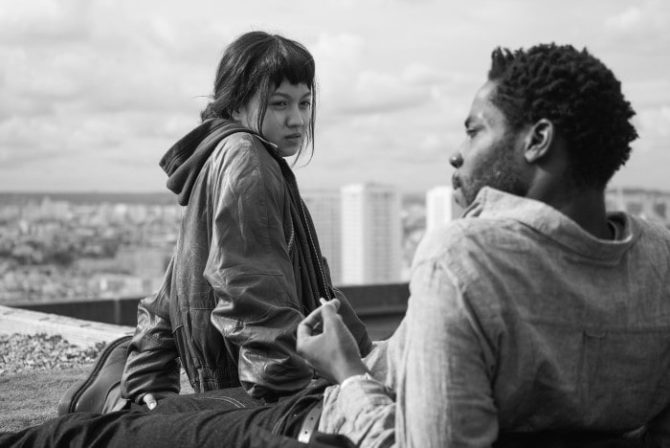 Set in Paris’s 13th arrondissement, Les Olympiades (named after the complex of towers in the middle of the 13th) is a thoroughly 21st-century love story: Émilie meets Camille who is attracted to Nora who herself crosses Amber’s path. The three girls and one boy become friends, sometimes lovers, often both.

Based on the critically-acclaimed graphic novel Killing and Dying by American Adrian Tomine, it is beautifully shot in black and white, and is daring, sexy and elegant in its exploration of what it means to be in love in the modern world.

Each of the motley cast of characters is experiencing some level of disillusionment but by the end of the film, they seem to have learned something about who they really are and what they really desire and love.

Previous Article Dream in Shades of Blue: Antibes on the French Riviera
Next Article Restaurant Review: Cèna in Paris