Dream in Shades of Blue: Antibes on the French Riviera 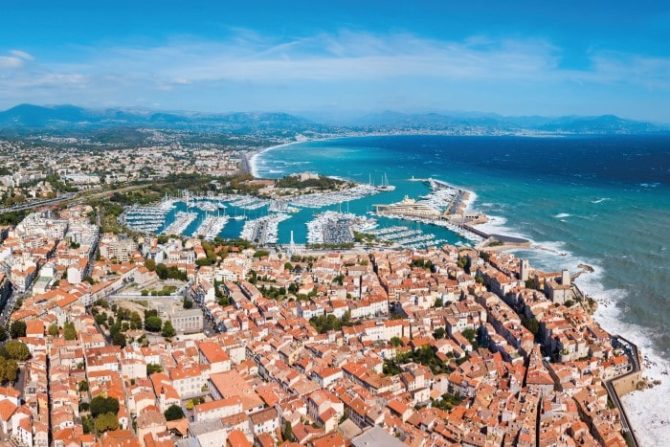 France has always held its artists in high esteem, frequently reproducing famous paintings on the spots where artists once placed their easels. So I’m not surprised to find a selection of tranquil seascapes along the winding promenade of Antibes. But I still do a double take as I look across the water from the Pointe de l’Îlette towards the city walls, comparing this tranquil view with the painting in front of me. The vibrant colours of the blue sea and green hills, the snow-capped mountains and ochre stonework are a mere backdrop to the two figures in the foreground, a bride and groom who look somehow strangely familiar. 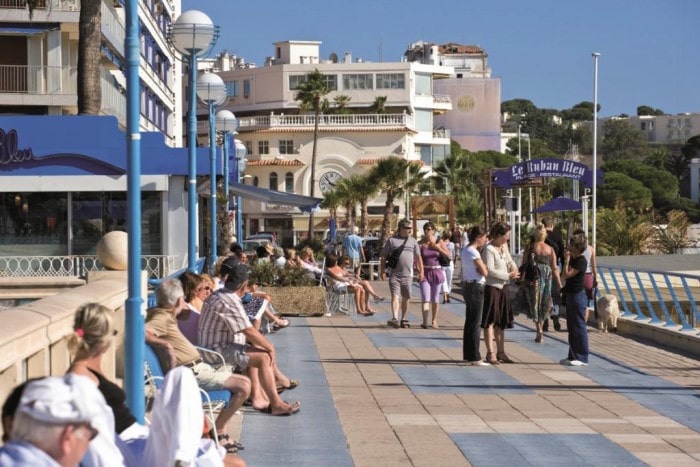 Raymond Peynet’s cute cartoon couple, The Lovers, was one of the big advertising hits of the 20th century, inspired by the bandstand in Valence in 1942 and soon adorning merchandise from posters to porcelain and jewellery to dolls across the world. Parisian-born Peynet and his wife Denise settled in Antibes in 1980, and today, the Peynet Museum in Place Nationale is a must-see for any visitor to the seductive seaside resort of Antibes Juan-les-Pins. Today, the two communities morph seamlessly together on either side of the Cap d’Antibes peninsula, but for centuries, Antibes took centre stage.

Founded in the 5th century as Antipolis by Greek traders, the town grew under the Romans and medieval Christians, but was constantly threatened by invaders. In 1385, the Grimaldi family were appointed Royal Captains of Antibes, but when Provence joined the Kingdom of France in 1482, the town took on strategic importance as a border stronghold facing the Comté of Nice, until Nice too joined France in 1860. Meanwhile, Juan-Les-Pins, by contrast, was a sleepy fishing village until the late 1880s when tourism began to take off. Today, Antibes Juan-les-Pins ticks all the boxes for anyone who loves history and art, beautiful beaches and chic shopping, Not for nothing has this beguiling resort adopted the marketing strapline ‘Rêver en bleu’ – ‘Dream in shades of blue’.

Antibes Through the Ages

Viewed from across the water or from within its ancient city walls, Old Antibes tempts with the promise of narrow streets and shady squares. Pick up an annotated map from the Tourist Office on Place de Gaulle, but be prepared just to wander at will. Explore the city’s past with a walk beside Vauban’s defensive walls, drop in at the Archaeology Museum inside his 17th-century Bastion Saint-André, and look out for the bust of Antibes-fan Victor Hugo bearing his glowing endorsement. “Tout ici rayonne, tout fleurit, tout chante,” wrote Hugo. “Le soleil, la femme, l’amour sont là chez eux. J’en ai encore le resplendissement dans les yeux et dans l’âme.” As you walk between blue water and mellow stone, you have to agree. 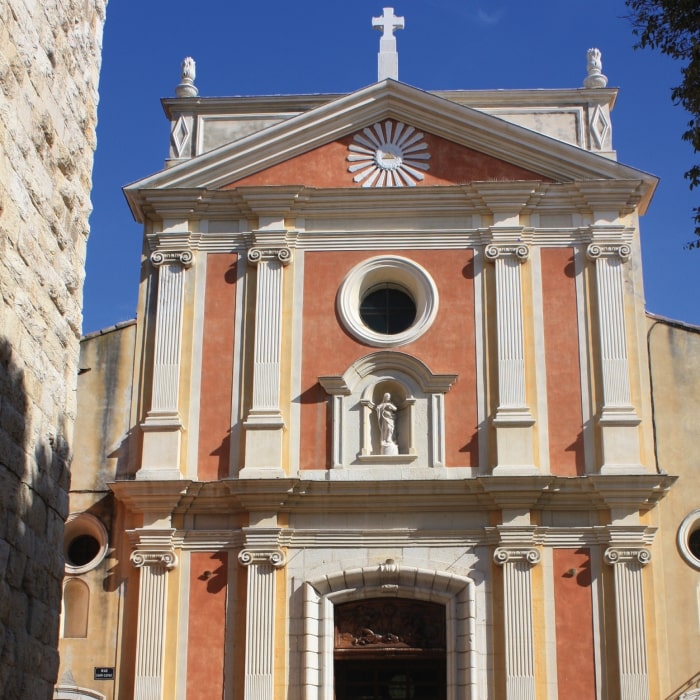 Awarded the Ville et Métiers d’Art label in 2016 in recognition of its many artisans and craft trades, Antibes is dotted with tempting boutiques, especially in the area between Rue Sade, Rue de République, and the Boulevard d’Aiguillon near the Vieux Port. And don’t miss the daily sights and scents of the Provençal market hall on Cours Masséna, nestled between the cathedral and Place Nationale, home to the Peynet Museum.

But Antibes’ most famous art museum is housed inside the former Château Grimaldi. In 1608, the Grimaldis were ‘invited’ by French King Henri IV to relinquish their control of this strategic port, an event that was commemorated last year by a visit from Prince Albert II of Monaco and the award of a plaque conferring Site Historique Grimaldi de Monaco status.

The Grimaldi Castle that dominates the town was a bishop’s residence from 442 until 1385, before hosting the famous Monégasque family and later, the King’s Governor. More changes followed as the castle morphed into a city hall, then a barracks and finally, in 1925, a municipal museum. In 1946, curator Romuald Dor de la Souchère offered studio space to Pablo Picasso who was living nearby, a shrewd move that was to unwittingly put Antibes firmly on the cultural map. When Picasso left, he presented the city with 23 paintings and 44 drawings, followed in 1948 by 78 ceramics made in nearby Vallauris, on display in the castle today. Expect a lot of small owls and sea urchins amongst the eclectic exhibits and don’t miss the outdoor sculptures on the terrace.

Antibes Juan-les-Pins boasts 25km of beaches, both public and private. Beneath the ramparts of Le Vieil Antibes, La Gravette beach lies back-to-back with the Vieux Port and its flashier neighbour, Port Vauban, where you’ll need sunglasses to fend off the glare from the gleaming yachts and cruise boats. Enjoy safe, shallow waters at the long sandy beaches of Ponteil and Salis as the coast curves round to Cap d’Antibes, and more pristine sand round the headland in Juan-les-Pins. For an array of water sports, visit the tourist office. 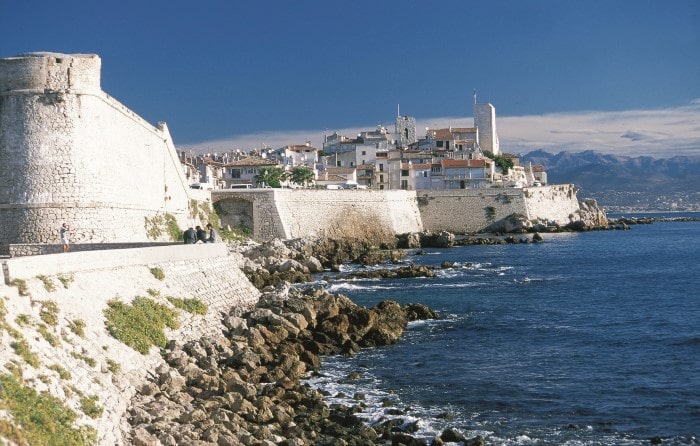 The town’s impressive ramparts © A. Schram

Juan-les-pins and the Cap

As Antibes grew in importance, so Juan-les-Pins sat quietly in the shadows, until the opening of the Grand Hôtel in 1893, followed in 1920 by the Municipal Casino.

Before World War I, local resorts had opened only in the winter months, but in 1925, Juan-les-Pins launched its first summer season, soon copied by Cannes and Nice.

I’ve never forgotten my first visit as a teenager in the 1970s, captivated by the colour, the buzz, and the July 14 fireworks over the bay. Several decades on, I still smile at the memory.

And you can’t walk past the seafront boutiques and tempting cafés without smiling, for Juan-les-Pins is synonymous with the good life – sun, sea and socialising for anyone with a lust for life. And for love, too. Château de Juan-les-Pins overlooking the port was the Riviera home of legendary big-screen lover Rudolph Valentino, whilst Villa Saint-Louis – now the elegant Belles Rives Hotel – was a favourite haunt in the 1920s of F. Scott Fitzgerald and his wife, Zelda.

Walk in the footsteps of Charlie Chaplin, Estée Lauder and a wealth of high-profile figures, whilst keeping an eye out for some of today’s beautiful people around the resort’s many luxury hotels. In 1929, the Theatre in the Green was established in the Pinède Gould pine grove beside the beach, with both Ray Charles and Miles Davis making their European debut here.

Other big stars followed, attracted by the casino and by a jazz vibe popularised by Boston-born arts patron Gerald Murphy, from his home on Cap d’Antibes: Maurice Chevalier, Mistinguett, Charles Trenet, Edith Piaf, Tino Rossi… It was in the casino of Juan and on Cap d’Antibes that the term ‘Jazz Age’ was born, soon to be adopted in the USA to describe the ‘Roaring Twenties’. And in July this year, the town celebrated the 60th staging of its world-famous Jazz à Juan festival. Stroll amongst the luxury villas of Cap d’Antibes today and it is easy to imagine those heady days between the wars.

The southern tip still boasts a rugged, unspoilt shoreline. Take the Sentier de Tirepoil coastal path for sweeping views towards Nice, the Baie des Anges and the distant peaks of the Alpes-Maritimes, accompanied by a soundtrack of waves and seagulls. Good shoes are essential, but it’s an otherwise easy walk with a variety of coastal plants and geology. Above the coastal path, the Garoupe Plateau is home to a lighthouse, a chapel, and to Notre Dame des Amoureux, a small oratory which was designed by Raymond Peynet in 1992. The familiar cartoon Lovers stand in front of the blessed virgin, all three white from head to toe. But don’t be surprised if you have to wait your turn: local custom decrees that newly-weds come here to ask protection for their union – surely a pilgrimage that no loving couple can possibly resist!

Tempting though it is to just chill by the sea and soak up the sights and sounds of the Mediterranean, do leave time to explore these must-see attractions…

Follow the Painters’ Riviera Trail, Antibes
See the town through the eyes of painters such as Boudin, Monet, Picasso, and cartoonist Raymond Peynet, with reproductions of iconic views at nine spots where they were captured on canvas.

Picasso Museum, Antibes
Purchased by the city of Antibes in 1928 as a museum of history and archaeology, Château Grimaldi was renamed the Picasso Museum in 1966. Today, the museum is a celebration of his time in Antibes, as well as showcasing work by other leading 20th-century artists.

Peynet and Cartoon Museum, Antibes
In 1989, Raymond Peynet donated nearly 300 works to launch a municipal museum in his adopted town. Further works are periodically loaned by his daughter and, in 1995, the remit was expanded – with Peynet’s approval – to include humorous drawings by other artists.

Sentier De Tirepoil, Cap D’antibes
‘Tirepoil’ – hair pull – refers to the sea breeze! A circular trail from the car park on Avenue André Sella above Plage de la Garoupe, around the southeast tip of the Cap, passing Château de la Croë (built in 1927), which was once home to the Duke of Windsor and Wallis Simpson. 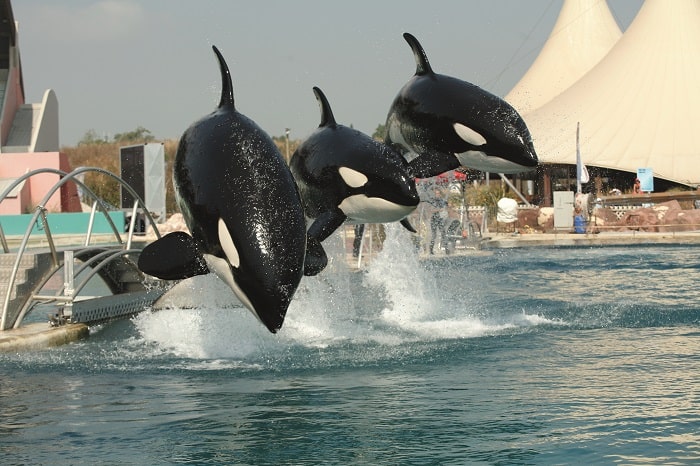 BY TRAIN: SNCF-TGV trains stop at Antibes Train Station, but only local
trains (TER) at Juan-les-Pins.

Where to Stay
Antibes Juan-les-Pins is home to five of the 30 5-star hotels on the Côte d’Azur.