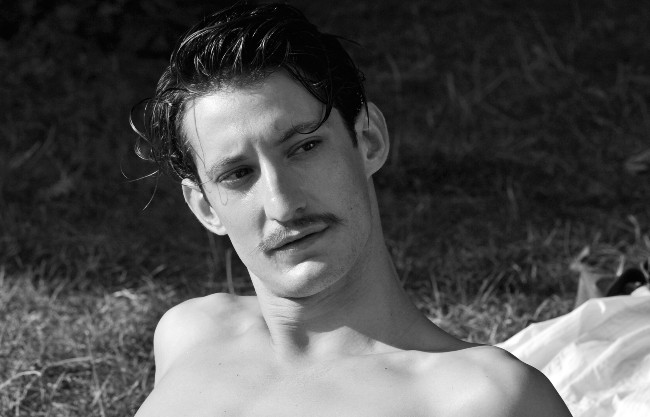 The high-achieving actor, director and screenwriter has certainly crammed a lot into his 30 years. Gill Harris reports

He may only be 30 but actor, director and screenwriter Pierre Niney already has more than 20 films under his belt. He became the youngest ever person to win the César Award for Best Actor and the youngest member of the Comédie-Française at the tender age of 21… Hard work, it seems, is second nature to Niney.

Growing up in southern Paris, Niney, a hyperactive, arty child, dreamed of a future on the silver screen, partly inspired by his upbringing – his dad, François Niney, is a professor of documentary film.

He made his theatrical debut at the age of 11 and went on to do a degree in theatre. His breakthrough came in 2007 when he appeared in the two-part TV miniseries La dame d’Izieu. Other films followed, such as LOL (Laughing Out Loud), Romantics Anonymous and 18 Years Old and Rising. At 25, Niney starred as one of France’s most celebrated fashion icons, Yves Saint Laurent, in director Jalil Lespert’s biopic of the same name, for which he won that César Award for Best Actor.

Dedicated to his art, it took Niney five months to prepare for the role, studying the mental illness which plagued the designer and even learning how to sketch, which, he says, he sucked at. He confesses he knew little about the tragic genius before he took on the role, which he reckons helped him avoid any preconceptions and clichés. And he was nothing if not thorough when it came to research, spending time with those close to Saint Laurent, including his partner Pierre Bergé and muse Betty Catroux, and wading through hefty archives of interviews. For weeks he perfected his voice – cutting himself off from friends and family in case they hampered his efforts – and studied the designer’s hands.

Niney, who has two daughters with Australian actress and photographer Natasha Andrews, told interviewers: “The hands of Yves Saint Laurent are something really important – two real characters on their own. I was studying all the photos and you can see he’s got really, really expressive hands – it goes with that work, that job – the way you’re touching the materials reveals a lot about your creativity.

“I learnt all the tricks! How to move things, fold quickly. Everybody who knew him well said they were like two spiders, always moving and kind of beautiful and scary at the same time.”

In his latest film, Sauver ou périr, directed by Frédéric Tellier, Niney plays a Paris firefighter whose world falls apart when he is severely burnt and he struggles to cope with the psychological effects of his injuries. His moving portrayal goes right to the core of what it means to be human.

Early career: Niney met his now agent when they were still at school, at the Lycée Claude-Monet in Paris, and by 2007 he had landed his first screen role in TV miniseries La dame d’Izieu.

I know the face… Niney scooped a César for his portrayal of fashion designer Yves Saint Laurent.

Where will we see him next? Keep your eyes peeled for Niney’s latest film, Sauver ou périr, in which he portrays a fire fighter and burns victim who struggles to come to terms with his horrific injuries and put his life back together after it falls apart.

Previous Article Winter In Chamonix: Not Just For Skiers
Next Article City Focus: Angers, The Historic Capital of Anjou