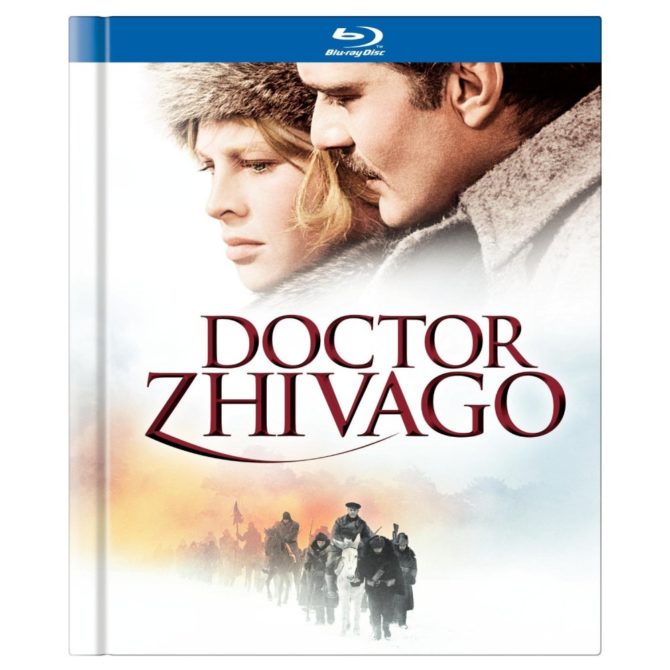 You might be surprised to learn how many of your favorite American movies were set to music by French composers—the musical sphere is where Hollywood and Paris truly meet.

Born in Hungary, Joseph Kosma immigrated to France in 1933 and started working with filmmakers Jean Renoir and Marcel Carné. Many French classics from the 1930s and 1940s, including the most beloved one, Les Enfants du Paradis (Children of Paradise), would not be the same without him. He is best known for Les Feuilles Mortes (Autumn Leaves), now a standard, originally written for Carné’s drama Les Portes de la Nuit (Gates of the Night, 1946), starring Yves Montand, with a script by poet Jacques Prévert; closely associated with Montand, the song’s most recent movie reprise was in My Week with Marilyn (Simon Curtis, 2011).

The composer started his film career in France in the 1950s, but by the early ’60s he was doing most of his work in Hollywood. There he embarked on a lifetime collaboration with director David Lean, winning three Academy Awards for scores written for Lean’s Lawrence of Arabia (1962); Doctor Zhivago (1965), including the celebrated Lara’s Theme; and A Passage to India (1985). He has a star on the Hollywood Walk of Fame. If his name doesn’t ring a bell for you, it’s a good bet his music made you weep in the cult romantic drama Ghost (Jerry Zucker,1990). Jarre, who died in 2009, was also the father of electronic composer and musician Jean-Michel Jarre.

For many, the name of Michel Legrand is the first that comes to mind when thinking of French film composers. His many scores for director Jacques Demy’s musicals all play a central part in the story line, especially the all-sung dialogue of Les Parapluies de Cherbourg (The Umbrellas of Cherbourg, 1964), which earned him his first Oscar nomination. Legrand is also famous for the scores of American classics such as Summer of ’42 (Robert Mulligan, 1971), for which he won his first Oscar, and The Thomas Crown Affair (Norman Jewison, 1968), which garnered him Oscars for both Best Original Score and Best Original Song (Windmills of Your Mind). He won a fourth Oscar for the romantic drama Yentl (1983), directed by Barbra Streisand.

“Chabadabada, Chabadabada.…” In France, if Francis Lai is remembered for one thing it will be the unforgettable score of Claude Lelouch’s first movie, Un Homme et une Femme (A Man and a Woman, 1966), the film that started a partnership that still endures. Internationally, however, he is probably best known for Love Story’s haunting, Academy Award-winning theme song, Where Do I Begin. He also wrote the score for the soft-porn cult movie Emmanuelle. Throughout his career, Lai also wrote many songs for popular French singers including Edith Piaf, Charles Aznavour, Yves Montand, Jacques Dutronc and Mireille Mathieu.

In the early 1980s Eric Serra met novice film director Luc Besson, and he went on to write scores for all of Besson’s movies, most notably Le Grand Bleu (The Big Blue, 1988). Arguably, the film owes its international triumph as much to its spiritual soundtrack as to its images. But not everyone is impressed by Serra’s style.The distinctive score he wrote for the James Bond flick GoldenEye (Martin Campbell, 1995) aroused controversy among Bond’s fans for being too mellow.

The man is an international phenomenon. Nominated for six Césars, Desplat won two, for De Battre Mon Coeur s’est Arrêté (The Beat That My Heart Skipped, Jacques Audiard, 2005) and The Ghost Writer (Roman Polanski, 2010). He has also received four Oscar nominations, most recently for The King’s Speech (Tom Hooper, 2010). From the Hollywood blockbuster Harry Potter and the Deathly Hallows, Parts I & II (David Yates, 2010 and 2011) to the French historical drama L’Armée du Crime (Army of Crime, Jean-Louis Guédiguian, 2009); from Jacques Audiard thrillers like Un Prophète (A Prophet, 2009) to the independent drama The Tree of Life (Terrence Malick, 2011); from the animated Fantastic Mr. Fox (Wes Andersen, 2009) to the British comedy Tamara Drewe (Stephen Frears, 2010)—the eclectic Desplat is at ease in any genre.

When you order DVDs or videos from France, you’ll need a multiformat DVD player that can read Zone 2 DVDs or a VCR that can read Secam VHS.