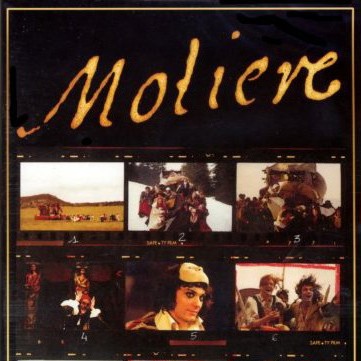 Biopics have become a genre all their own, and French cinema is just beginning to explore their rich potential.

MOST AUTHENTIC
Molière
Ariane Mnouchkine, 1978
The greatest French comic actor and playwright of his time, played by Philippe Caubère, is about to step on stage as the lead in his iconic play The Imaginary Invalid—his last performance before his sudden death. Through a flashback, Molière recalls his Parisian youth, his taste for street fairs and carnivals, his early failures, his struggles against a hostile Church and his final recognition at Versailles. More than a strict biography, this lengthy film (4 hours and 20 minutes) is mostly about comedy and theater. Director Ariane Mnouchkine, founder of the avant-garde Parisian theater group Théâtre du Soleil, gives audiences real insights into the life of an acting troupe, as well as a vivid reconstruction of the Sun King’s century.

MOST HEARTBREAKING
Camille Claudel
Bruno Nuytten, 1988
A dramatic movie depicting the tormented relationship between the young French sculptor Camille Claudel (Isabelle Adjani) and the much older Auguste Rodin (Gérard Depardieu). As his pupil, the young woman falls deeply in love with the master. But after a few years of passion, Rodin rejects her. Penniless and depressed, Camille Claudel finally ends up locked in a mental institution, where she will die some thirty years later. Adjani, who initiated the film project, bears a striking resemblance to the young Claudel. Here she delivers one of her finest performances, winning an Oscar nomination as well as the César award for best actress.

MOST INSIGHTFUL
Van Gogh
Maurice Pialat, 1991
Four years after his Palme d’Or for the outrageous Under the Sun of Satan, Maurice Pialat picked another driven character, Dutch painter Vincent Van Gogh. Living his last months at Auvers-sur-Oise, where he is treated by Dr. Gachet (Gérard Séty), Van Gogh experiences a period of intense creativity along with unhappy love affairs and, finally, despair. In the lead role, Jacques Dutronc, until then mostly known for his rock music, reveals himself as an outstanding actor, offering a brilliant insight into the painter’s complex mental state. The photography is magnificent.

MOST ROMANTIC
Les Enfants du Siècle (The Children of the Century)
Diane Kurys, 1999
Named after Musset’s famous memoirs, the film tells the true story of the tumultuous relationship between the gifted young poet Alfred de Musset (Benoît Magimel) and the scandalous novelist George Sand (Juliette Binoche), six years his elder. The two icons of 19th century Romanticism enjoy a passionate, public love affair before traveling to Venice, where they’re driven apart by his drugs and her unfaithfulness. Warmly received, the film also launched a real-life love affair between Magimel and Binoche, who, several months after the film’s release, became the parents of a little girl.

MOST INTRIGUING
Séraphine
Martin Provost, 2008
At the turn of the 20th century, a German art collector rents an apartment in the small town of Senlis, in Picardy. There he hires a cleaning lady named Séraphine (Yolande Moreau), a rough and haggard-looking middle-aged woman. But he soon discovers that she is really a talented painter, a master of what was then called “naïve art”, in the vein of Le Douanier Rousseau. He becomes her patron but is unable to support her during World War I. He finds her again in the late 1920s and continues to help her, but Séraphine has already started to drift towards madness. A real surprise at the latest French Césars, where it won seven awards including best film, Séraphine owes much of its success to a tremendous performance by Yolande Moreau, who in a few years may well deserve her own biopic.

Originally published in the September 2009 issue of France Today