300 Years of the Paris Opera Ballet 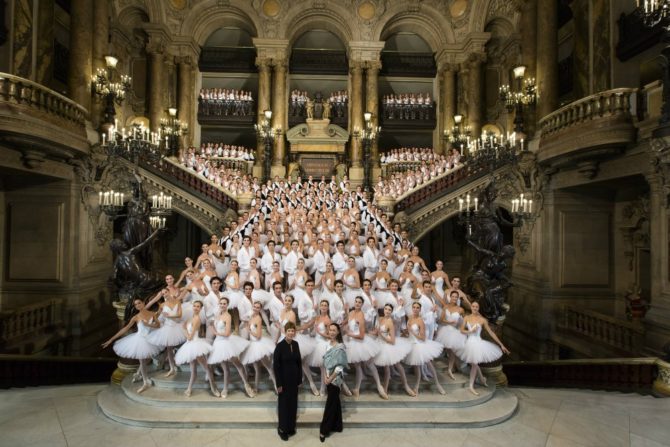 Louis XIV founded the École de Danse de l’Opéra National de Paris in 1713, to establish and preserve the rules of dance. It is a weighty task to mount a presentation to reflect its 300 years of history, as does the special exhibition in the library of the Palais Garnier, which attempts to do justice to one of the most prestigious companies in the world with a multimedia display utilising memorabilia, video and costume.

Brigitte Lefèvre, the director of the ballet, is a celebrated and much honoured dancer and choreographer. After 20 years at the helm, she will pass the baton to Benjamin Millepied in September 2014. When asked to sum up her approaching final season in three words, she doesn’t hesitate, declaiming, “Beauty, elegance and passion.”

“Beauty in the Japanese minimalism of Teshigarawa or Le Parc,” she explains, “elegance in the Palais de Cristal, and passion in Oneguin, or Lady of the Camellias. A diverse range of creations, contemporary and classic, in keeping with the uncompromising quality our audience has come to expect. In 300 years the ballet has not changed – it has evolved. Everything is brought together to offer the best in the world of dance.”

Performances are held in either of two sites, at the contemporary Opéra Bastille, or in the wondrous glitter of the Palais Garnier, a building commissioned by Napoleon III as part of the Haussmanian revamp of Paris. Charles Garnier was an unknown 35-year-old architect when he entered and won the public tender. The building was started in 1860 and took 15 years to complete, as it was delayed by the Prussian War, the fall of the Empire and the Commune. Garnier gave as much importance to the entrance hall as he did to the theatre itself, holding the view that as soon as guests entered the building, they should be transported to another universe.

The effect is transfixing. If you visit the Palais Garnier, sit for a moment to watch the overawed faces of visitors as they first meet the imposing staircase, the foyer modelled after Versailles’ Hall of Mirrors, and the Chagall fresco on the domed ceiling. The guides succeed in bringing the building to life with a mix of facts and anecdotes from past generations. Visitors seem to take an unparalleled number of photographs – as if they hoped that their electronic eye could capture even a tiny drop of the distilled essence of the beauty, elegance and passion of 300 years of dance.

Tip: Although it’s possible to get a performance ticket at the door, advance booking is advised. There’s no formal dress code, but shorts and sandals are not encouraged.

Practical Information: Ballet season runs until July 2014. Le Ballet de l’Opera is located at the intersection of the rue Scribe and rue Auber in the 9th arrondissement of Paris.