Dedicated to Women, Fraternité & the Rebirth of a City: The Nice Jazz Festival 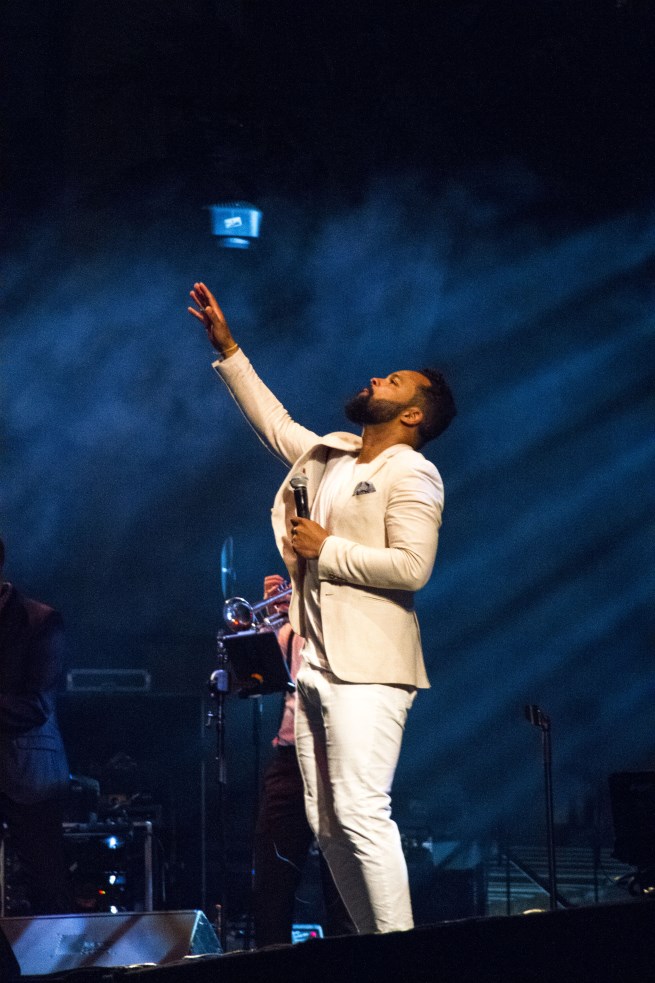 “The French are the most sophisticated listeners of jazz I’ve seen,” says legendary jazz bassist, Christian McBride, when asked what distinguished French audiences. “Remember that the first jazz festival in the world was in Nice, not America.” So noted.

After a cancelled festival last July, 2016, the return of the Nice Jazz Festival is more than a music event, though it has been a spectacular, star-studded festival. Coming in July, just one year after last year’s attack on the Promenade des Anglais, and just a few days after the presidential homage to those victims, the 2017 Nice Jazz Festival felt like a rebirth of the spirit that makes this city so lovely, so sophisticated, so warm and inviting.

Every featured musician had a message of ‘coming together’ in the music, of respect for women, and the force of music for peace.

As French-Lebanese trumpeter and hot new artist of the decade, Ibrahim Maalouf stated, “When I play, I am sharing the music with the audience; we are making the music together.” 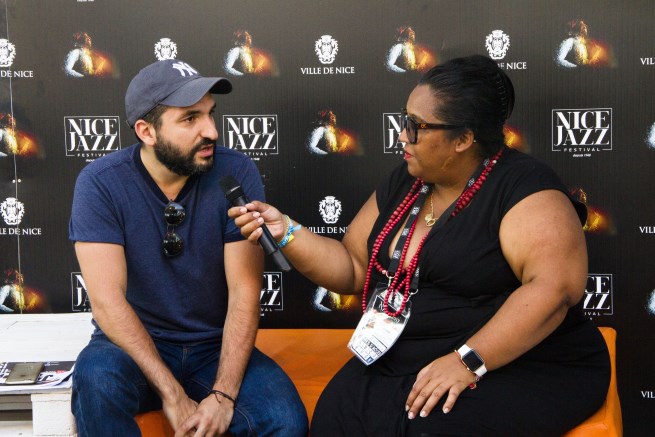 He calls his newest album Red & Black Light an ode to the women of today –  “en hommage aux femmes.”

The crowds of thousands swelled each evening (the final number of visitors for the week topped 40,000) as the artists appeared from 7:30 to past midnight from Monday to Friday. Two stages featured brilliant musicians of all ages and genres, or spinoffs, of jazz – hip hop, funk, soul and traditional jazz trios, it was all represented and enthusiastically appreciated.

The festival grounds were situated in the center of Nice in the green space next to the Hotel Albert 1, which winds around to Place Massena across from the Miroir d’Eau fountains. The sizzling hot temperatures of the day cooled off in the evening, but the air was still warm, and outside the festival area, children played, tourists strolled, and outdoor cafés were full, all listening to the music coming from inside.

Security was tight, no cameras allowed except by members of la presse, who are very well-treated in France – watered and fed with wine, sandwiches, desserts and a quiet space to rest between acts.

There were several food stands scattered in the enclosed festival area, featuring Nice’s specialty “Socca,” a flatbread made from chickpeas, as well as sandwiches, wine, beer, and plenty of water. You could wander from stage to stage, have a bite to eat, sit with friends, dance to the music, or just chill on a bench and enjoy the whole ambiance of jazz, the French Riviera, and summer. 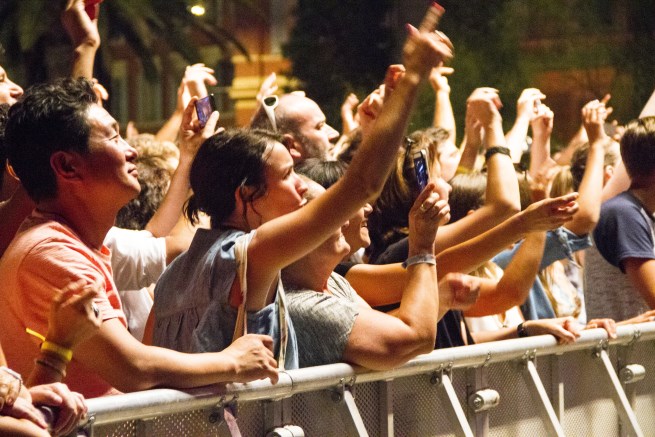 The festival prices were kept reasonable, with a daily tarif of 39 Euros for 6 concerts on the two stages stage. The weekly Pass 5 Jours rate of 130 Euros for the whole festival was a deal. And for men and women of a certain age, the price was only 110 Euros for the week.

It’s difficult to pick a favourite of all the groups that played with so much great music in one place at one time. I can definitely say that there was something for everyone, and it makes for a good reason to visit Nice in July. 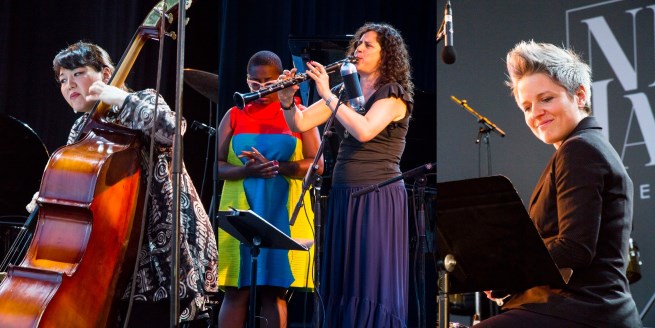 Johnny O’Neal Trio: Down home jazz and your favourite standards, Sinatra’s Chicago, Bennet’s Make Someone Happy; a tribute to the late Al Jarreau, Stevie Wonder’s Overjoyed, “because that’s how we feel, we love you,” he told the crowd. A wonderful singer, pianist and all-around jazzman extraordinaire. 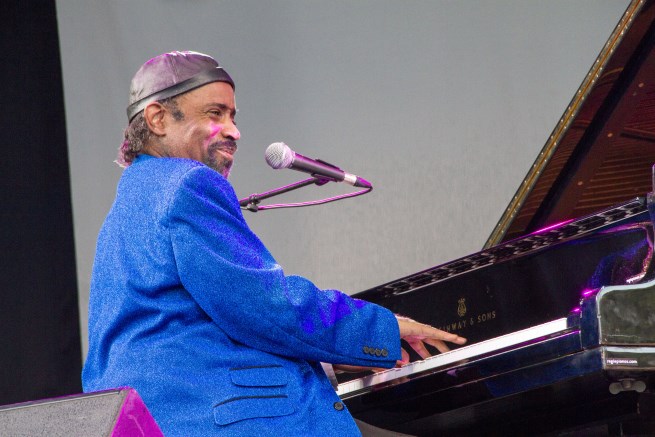 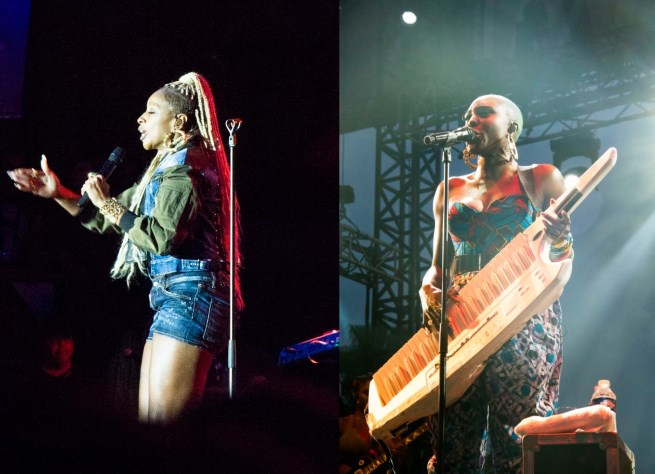 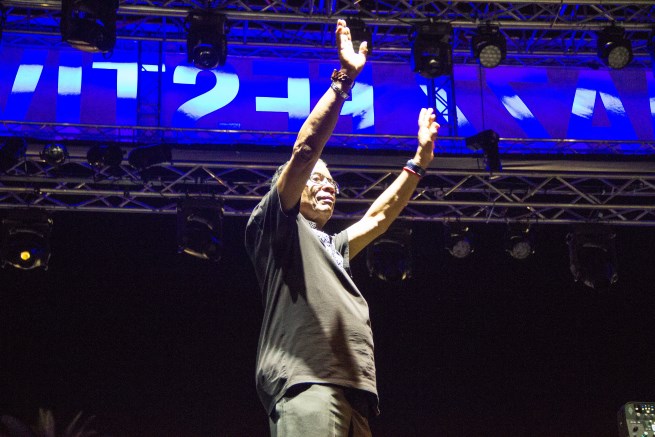 De la Soul Live Band: Hip Hop, Jazz, & Funk, this group had everyone on their feet. 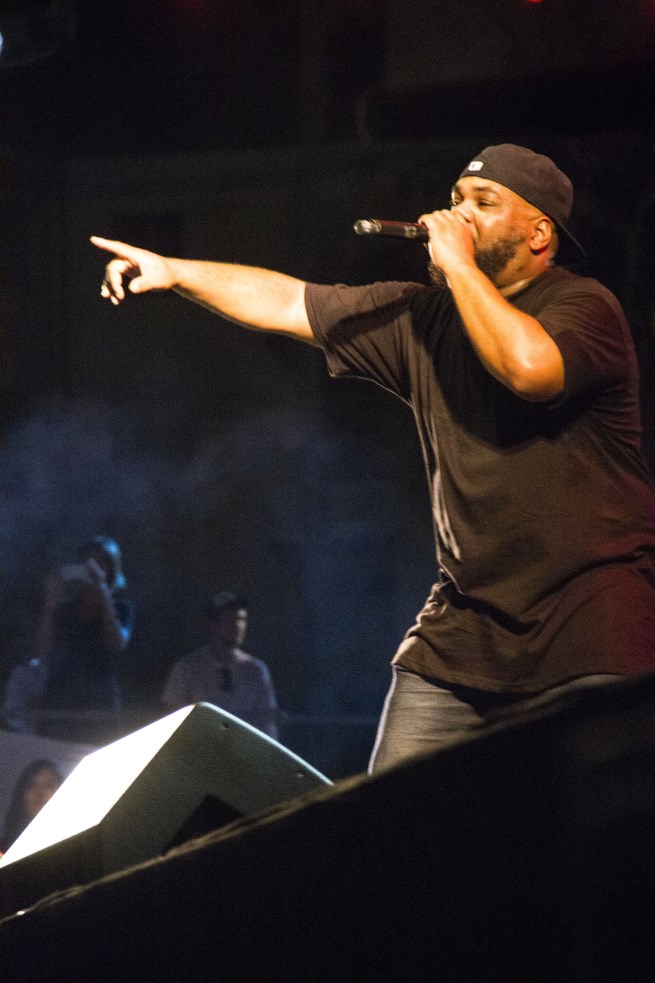 The Final Night of the Festival: There was no waning of energy during the weeklong festival. On the final evening, Nice Mayor Christian Estrosi met with members of the press, and thanked everyone, from the organisers at top to the people selling food at concessions stands, for the great success of this year’s event. 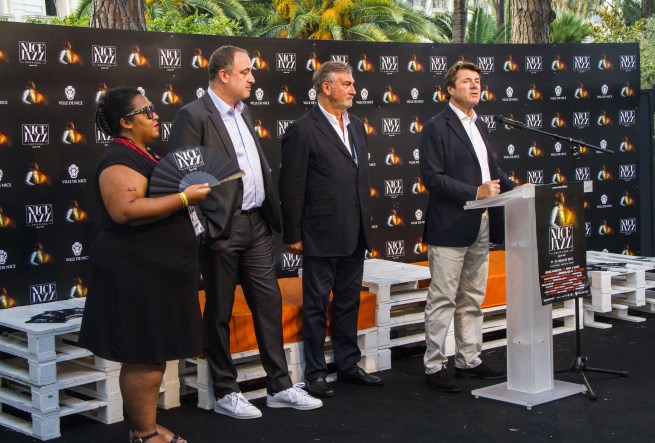 Myles Sanko: Described in the brochure as “the child of British soul,” Myles Sanko was indeed one of my favourite acts, coming on the last night of the festival. He asked the audience on numerous occasions, “Are you with me, Nice? Let’s do this together!” And the crowd was with him, especially when he sang “What’s Going On?” by Marvin Gaye. And perhaps that was a perfect message to leave with everyone, so here it is:

Father, father
We don’t need to escalate
You see, war is not the answer
For only love can conquer hate
You know we’ve got to find a way
To bring some lovin’ here today