Night of Ideas is a World Event but Very Local 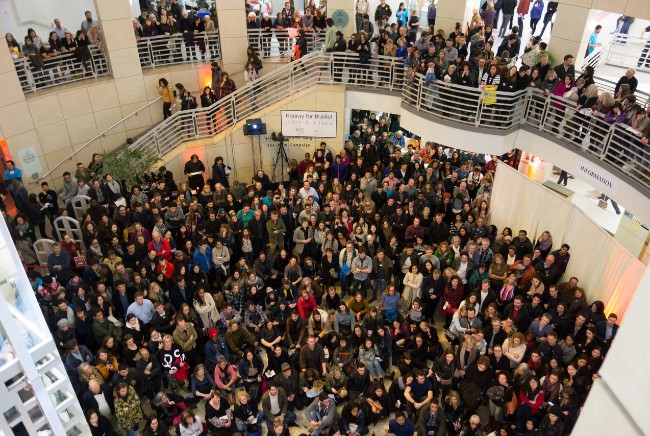 Once a year, the Institut Français invites the world to Nuit des Idées or Night of Ideas. This is an annual all-night celebration of sharing ideas between cultures, disciplines, generations and countries. Its goal? For speakers and attendees to listen to one another and exchange thoughts and inspiration on a selected topic that is a challenge in today’s world.

But it’s also local. Every Night of Ideas location brings together local experts, thought leaders, business strategists, culture influencers along with artists and musicians. The discussions are about how the chosen topic affects the local community. The thought leaders and artists are local.

This year’s topic is “Being Alive” and will take place in more than 190 cities in 90 countries. The all night or very late night (often until 2 am) events will take place from January 25 to February 1, 2020. Last year there were more than 200,000 participants worldwide and participants are expected to increase this year. Some venues had several thousand attendees while others had hundreds. But all were committed to discussing the topic from a creative point of view. 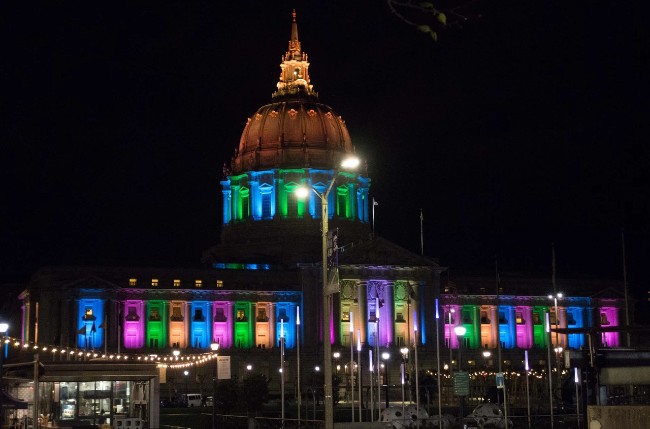 The focus of “Being Alive” is to interrogate ecological balances and the relationship between humans and the world. Conversations will range from technological transformations and the emergence of artificial intelligence to life for the average person in the event city. The conversation will also be about how attendees can commit themselves, give meaning to their actions and existence, question what being alive is all about and what is each person and humanity’s place in the world of the living. Importantly, how can attendees take action?

Night of Ideas started in Paris and has expanded worldwide. France will have more than a dozen locations in the Paris area alone with more in cities such as Rennes, Rouen, Marseille, Metz, Lyon and even Paimpol in Brittany. Worldwide, locations cover the globe including Teheran, Bogota, Bagdad, Madrid, Berlin, London, Helsinki and many more that can be discovered here. 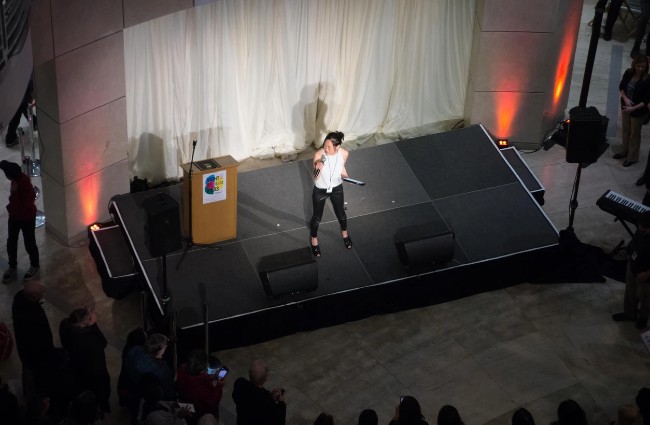 In the U.S., seven cities will hold a Night of Ideas. Norfolk, Virginia gets a head start on January 25 starting at 7 pm with a 12-hour marathon of lectures and performances on topics such as ecological solutions, sea-level rise and human resiliency. Greta Thunberg would be pleased.

Chicago and Miami’s marathons are on January 30 and it’s a first time for both cities. Chicago will explore topics such as climate change, biodiversity, urban sustainability, humans and technology, sex positivity, disability leadership and more. Franco-Congolese novelist Alain Mabanckou will speak, along with local visual artist Amanda Williams and many more. Held at the Field Museum, there will be lots of spaces hosting poetry, music and even group yoga and tai chi. These will keep anyone awake for the all-nighter.

Miami will focus on many of the same topics but have University of Miami’s Otávio Bueno, Professor of Philosophy, and Roni Avissar, Dean of the School of Marine and Atmospheric Science, to help with the discussions. Joining the evening will be Nicholas Vazquez, activist for climate change, along with Hip-Hop dancers D.Milome & C.Thine from Martinique. 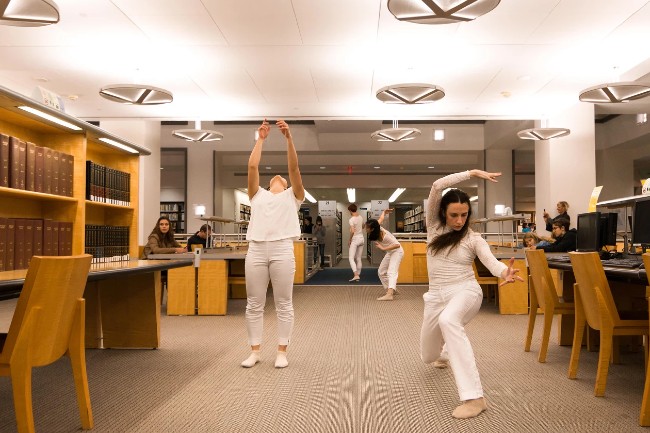 Next up is Los Angeles and Boston on the evening and morning of January 31. Los Angeles voices will include award-winning photographer Ian McCallister; Adrien Moisson, the founder of Wild Immersion, the world’s first virtual nature reserve; Benoît Lecomte, the first man to swim the Atlantic Ocean; and crosscountry cyclist and racing driver Evens Stievenart. Going for even more entertainment, as is L.A., it will also include a VR experience, live DJs, film screenings and even speed dating. Duh.

Boston, another first timer for Night of Ideas, will focus on academics from various disciplines. But the topics will be diverse from physics to sex to Greek heroes to zombies to police shooting, migration and more. There will also be a magic performance, poetry readings, concerts, book swaps and even pull ups. Never say Boston doesn’t pull its weight.

The last night of the Night of Ideas will be in New York and San Francisco on February 1. Brooklyn’s all night marathon will include Esther Duflo, the 2019 winner of the Nobel Prize in Economics, and Maïa Mazaurette, a Brooklyn-based French author whose work deals with contemporary sexuality and the body’s place in society. Virtual reality experiences will take over the entire Brooklyn Central Library, which may be a good place to discuss a body’s place in society.

This is the second time for San Francisco’s Night of Ideas and they’ve gone all out. The topic will expand to “Living on the Edge” and each floor of the San Francisco Public Library will have a different theme ranging from chaos + creation to circulation + borders. Emmanuel Lebrun-Damiens, Consul General of France in San Francisco explains the expansion of the second year. 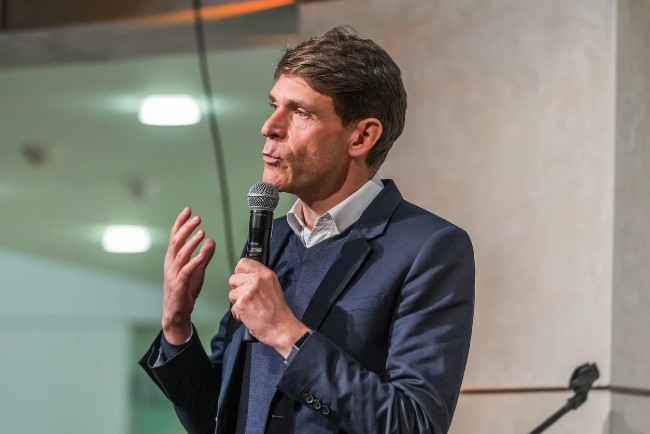 “Living on the edge is an adaptation of the international theme, “Etre Vivant,” he said. “Intrinsically San Francisco is linked to innovation. More than 30 topics relating to Living on the Edge will be explored over the course of the evening. The atrium will host Sights + Sounds, a series of performances including circus artists, DJ sets, drag performances and music. It was important for us to highlight the particularities of the city, its vibrant ecosystem of local culture, science, tech, etc.”

KQED Radio is one of the sponsors and will be broadcasting from the event, including some of the live panel discussions. Ryan Davis, KQED’s Director of Events, said, “This year, we’re trying harder to meet that hunger to participate with the way we’ve programmed the night. We’ve intentionally made space for many more interactive formats and ways to get in and put your mind to work, not just sit back passively.”

Holly Kernan, KQED Chief Content Officer adds, “The big question of the night is really what does it mean for our community to be living on the edge today? What are the big challenges and exciting possibilities that our moment is perched between? And how do we marshal the will to meet the moment? We hope that sense of urgency will imbue the way attendees experience the specific topics on each floor, which wrestle with these tensions.”

Ultimately, the challenge for the Night of Ideas, especially the 2020 version, is how can attendees take action? Ideas are great but putting them to constructive use that makes a difference is what keeps events like Night of Ideas important. 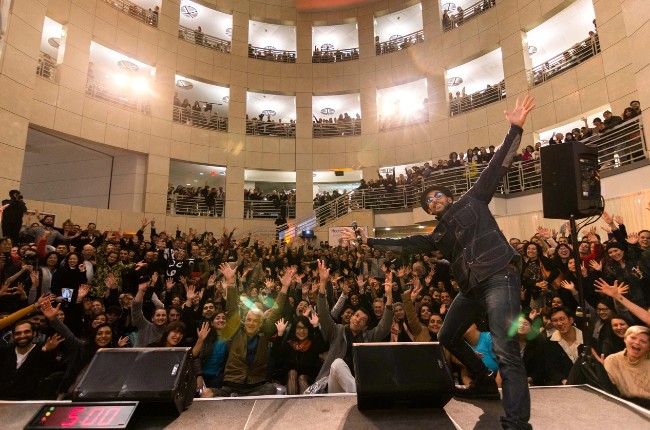 Night of Ideas SF 2019. JR and all the attendees of Night of Ideas! ©Matthias Carette – Courtesy of the French Consulate in San Francisco

“It’s the exchange of the ways we talk about what matters most that will send attendees out into the world with new language for reshaping the world in 2020,” said Davis. “With that in mind, we are also emphasising youth voices and intergenerational conversation in a number of ways, including an open mic, facilitated by KQED’s Youth Advisors, for attendees who are too young to vote to communicate the election issues that matter to them as the generation to inherit the consequences of votes by those who can.”

Lebrun-Damiens summed it up. “Thanks to KQED, Night of Ideas 2020 will last longer,” he said. “I hope these recordings will have the effects of a sound box and will allow the emerging ideas and projects of the Night to resonate all year long. The Night of Ideas also allows to connect organizations or curating partners together and some will develop new projects. For example, after last year’s edition we saw the birth of the Oakland Saint-Denis cooperation project around the topic of the place of arts in our local community.”

Another tangible project inspired by Night of Ideas was in Tunisia where the project “One Beat One Tree” was developed. This project mixed technology and ecology in order to encourage Tunisians to participate in reforestation to combat soil desertification. Virtual forests were created by participants who recorded their heartbeat and were then given a virtual tree whose unique number was sent to them via email. The participants then planted forests for the campaign “1 million trees for Tunisia”.

The drive behind of Night of Ideas is to listen, learn and think. The goal is to make a difference. From trees to politics to art that brings communities together, making a difference is key in 2020.