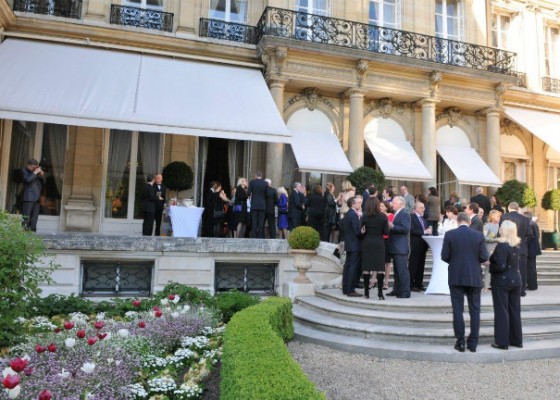 The Elysée Palace will be the venue on Saturday evening, October 22nd for a gala event hosted by the American Friends of the Musée d’Orsay (AFMO). The night will celebrate 30 years of the Musée d’Orsay and will honour their esteemed patrons Marlene & Spencer Hays. For more information and tickets, go here.

The AFMO has become known for holding exceptional events creating a liaison between French and American culture. This year, the events will be more spectacular than ever, featuring four days (October 20th – 23rd) of once-in-a-lifetime experiences including private curated tours, awe-inducing artwork, lunch at one of Paris’s most sumptuous private homes of the early 20th century, entry to l’Ecole Van Cleef and Arpels, and a behind the scenes pastry-making class at the l’Ecole Ritz Escoffier. The weekend will conclude at an elegant and exclusive breakfast at the Ritz Paris. The complete weekend program will celebrate the continuing renaissance of the world’s premier Impressionist museum.