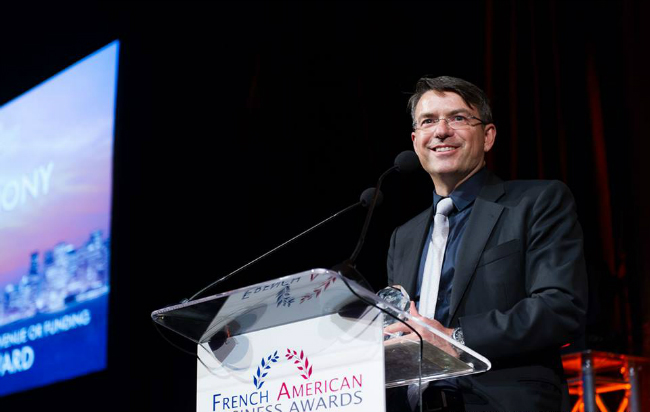 The laureates of the third edition of the French American Business Awards (FABA) of San Francisco used the words “inspire” and “community” a lot. The reference wasn’t just to the business community, but to the blended community of France and the Bay Area with its entrepreneurial spirit.

“Diversity of age, experience and origin is the key to success,” said Sophie Woodville Ducom, Executive Director of the French American Chamber of Commerce in San Francisco (FACCSF) and emcee of the FABA event on May 25, 2016. “Our leaders inspire community and show how community thrives, which is a great inspiration for new entrepreneurs and start up companies, and great for the image of France.”

The FABA laureates, or winners, were chosen from 65 French and American companies, entrepreneurs and executives based in the San Francisco Bay Area. There were 10 categories, including Start Up of the Year, High Tech with Over $30 Million in Revenue or Funding, High Tech With Less Than $30 Million in Revenue or Funding and Personality of the Year. Other categories included Agribusiness, Cleantech, Food Business, Wine, US Investment in France and Lifetime Achievement.

The nominees were chosen based on excellent annual results and lasting performance in management and leadership. A 120-person jury made of Bay Area business leaders chose the awards, while the Start Up of the Year was chosen during an open showcase and pitching contest May 10 in San Francisco. 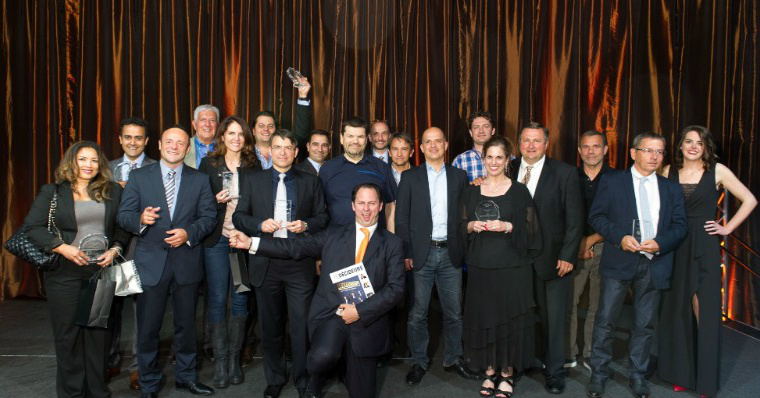 David Gurlé, Founder and CEO of Symphony, the Gold Award winner of High Tech with Over $30 Million in Revenue, identified how the communities of France and America inspired him to be successful.

“I came from France with my tendency to be irrational, to want to sanitize an idea before implementation,” he said. “But America is action driven. You fail and you learn fast. So with the French idea to be very local and the US with its resources and capital, the result is instantly global.”

Can the same thing happen in France? According to Gurlé, France wants to change and reengineer to inspire success. “France needs to be big enough to sustain ideas and provide a worldwide opportunity,” he said. “It’s a question of survival.” 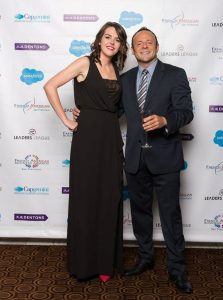 Frédéric Stemmelin, President of the FACCSF Board and an entrepreneur himself, said that failure was poorly tolerated in France, where it is viewed as negative and entrepreneurs that learn from failure are harshly judged.

“But the next generation is changing this and the French here (in San Francisco) have chosen a path,” he said. “Failure is more accepted. Entrepreneurship is more accepted. They are regarded as good people with change at their core.”

The awards evening wasn’t just about high technology, but was also about the inspiration, community and success in traditional French industries such as wine, agribusiness, food and Cleantech. Nadalie USA, a family-owned cooperage, or wine barrel maker, which was founded in Montpellier in 1902, won the Gold Award in Agribusiness. Galaxy Desserts won the Gold Award for Food. Its co-founder is French pastry chef, Jean-Yves Charon. He balanced the French dessert and pastry esthetic with the American desire for individual servings.

The FABA is organized by the FACCSF in partnership with Leaders League. Attendees grew more than 35 percent in this third year to 350, and nominees grew more than 25 percent. French American Chamber of Commerces in several other cities, including Seattle, New York and Houston, are replicating the awards.

All the laureates of FABA 2016 are listed at FABA.