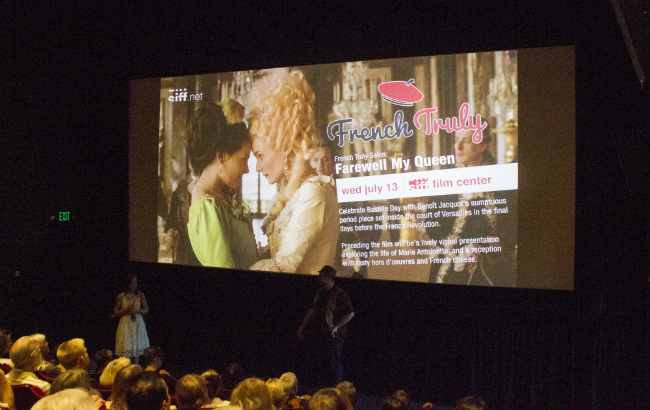 Each salon features a French film selected by Virginie on a theme related to French language, history or culture. The films are preceded by a lively presentation by Virginie, a real Bastille Day firecracker – she’s energetic, fun, interesting, and knowledgeable. Her goal is to make us all become “a little bit French.”

Bien sûr (mais oui!), there are also French wines and hors-d’oeuvres featuring local Seattle vendors. The presentation, the movie, the wine and patisseries– all for $25. By most standards, that’s a bargain for a great night of French culture and cinema!

I recently sat down with Virginie to hear more about this new (and very hip) French film series. 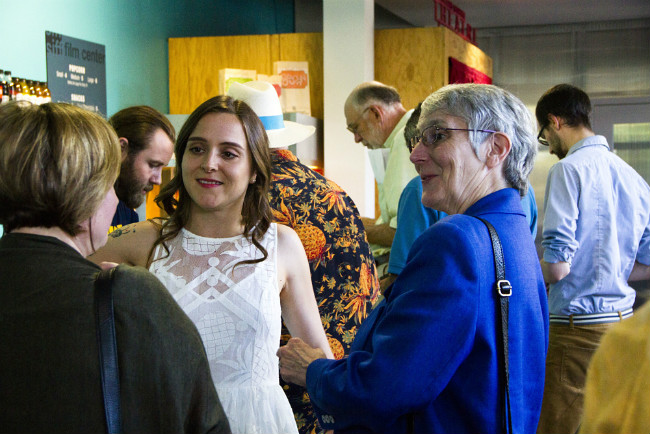 MS: So, Virginie, before the French Truly Salon at SIFF, you had already started your company. Can you tell me a little more about how that came about?

VP: Yes! So I’ve been here in Seattle for 6 years. I lived in England for 7-8 years, and before that I lived in Italy, um, and I never really used my “Frenchness” in Italy or England. I was born and raised in France, I’m from Vienne, which is right next to Lyon, but, hmm, I never used the fact that I was French. So I thought, well, that’s silly, and so when I moved to Seattle, I decided, I’m not going to make that mistake again.

MS: And you started your company, French Truly, as a language school, is that right?

VP: Yes, so I started my company on June 1, 2013. I started it because I wasn’t thrilled with my other experiences teaching French here in Seattle, which I found too ‘school-like.’ I wanted something that was more fun, more relaxed, and I wanted to have a lot more freedom and culture in it as well. Also, when I moved here, I saw how much people in Seattle loved French culture, and I realized nobody was really covering that, and I thought, “I can do that!”

I could tell there was a need, a want, for people to learn more, not just to conjugate verbs, so I created my company, French Truly. 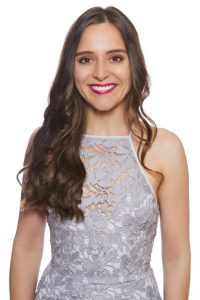 MS: And so you started a language school with a focus on culture?

VP: Yes, at the beginning it was just little groups meeting in my home, not more than 5 people, because I wanted people to be able to talk as much as possible, and also connect and become friends, because in a normal classroom the teacher is talking more.

And I still do teach these classes. There’s French food that I make and tea and coffee. It’s like friends hanging out.

MS: How exactly did you get the idea for doing movies and presentations?

VP: Well, I wanted to do events, too, with my company, so I started French Movie Night. That is once a month, at my home. I have a big cinema screen, and I choose a movie that is culturally interesting, not just some random story, but something that is going to make you practice your French and learn something about a certain era, history, or a person, or a region, an event, something that any French person would know, because it’s part of French culture. 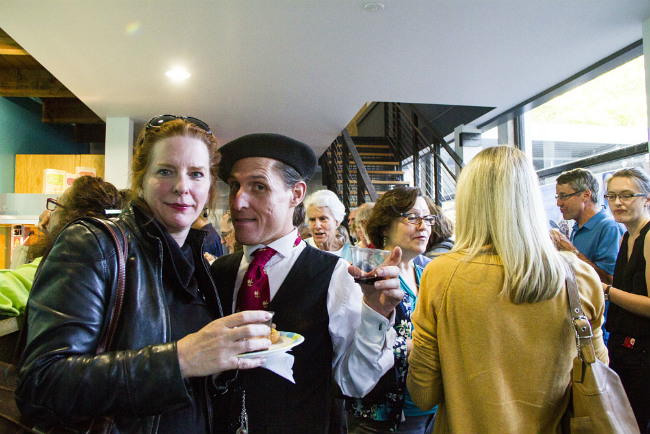 MS: And how did you get SIFF involved?

VP: OK, yes, so one time, someone at one of these events said, “You know, it’s time to grow bigger, Virginie,” and another one of my students said, “You need to speak to SIFF!” And I don’t know, you know, SIFF is huge! But then I thought, “Why not?” So I wrote to them, and Clinton (McClung, Director of Programming at SIFF) said, “That sounds great! Do you want to come and meet with us?”

I was a bit nervous, and I went to meet Clinton and Miriam at SIFF, getting myself mentally ready, getting tough. I’d prepared a sheet with all of the events I had done so they could see how I choose a movie and to give them an example of what I do in the presentations. I brought my computer to show them the slides, and… then I didn’t have to show much. They said, “This is perfect! We’d love to do something like this! It’s exactly what we’re about.”

MS: Can you say a little more about one of the ‘events’ at SIFF?

VP: For our first French Truly event at SIFF, which was on Bastille Day, we showed “Adieu ma reine,” Farewell My Queen. I did this movie last year for the movie night in my home, and it sold out twice! This movie takes place in Versailles, and through it you feel that fear, that heaviness, that people don’t know what’s going on, because they’re in Versailles, which is 16 kilometers from Paris.

My presentation is about Marie Antoinette, and I call it “From Love to Hate” because at the very beginning Marie Antoinette was loved by the French, and then, very quickly, the French came to hate her. I want to show what happened, what changed, and I redo her trial with the audience. At the end, participants pretend they are part of the jury and vote ‘oui’ or ‘non,’ guillotine or no guillotine! 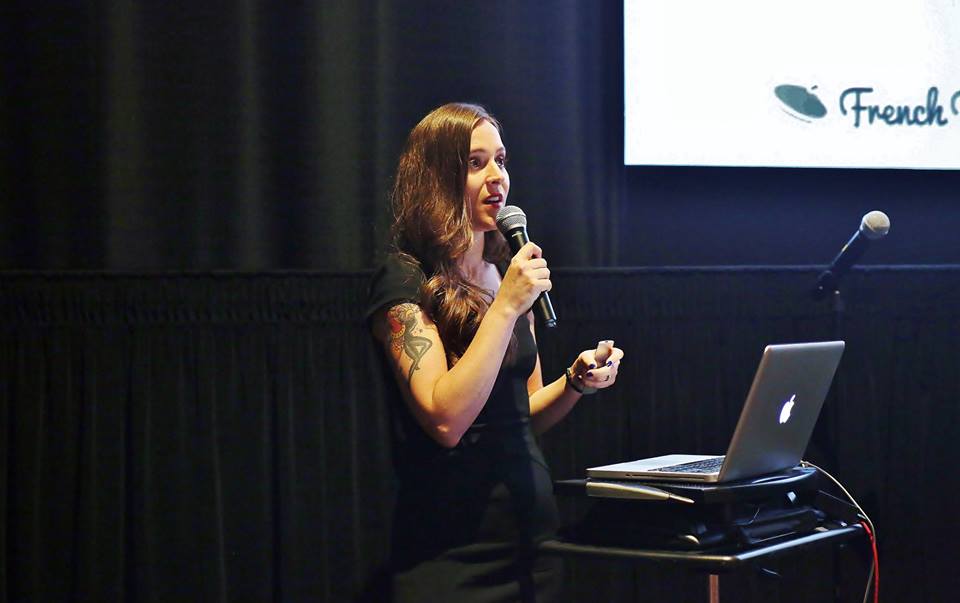 MS: You do that in the presentation? Have a trial? Vote? Do attendees shout “Off with her head”?

VP: No, by the time I finish, most people say that they want her alive.

So that’s what I do. That’s what I did in my home. So I pick a movie, and then a theme that’s linked. The one we did in August was La Chèvre, which means the goat, with Gérard Depardieu, when he was young and cute (he’s changed quite a bit, but I don’t care, I like him). Anyway, so this is a movie from 1982, and it’s hilarious! Goofy. I picked this one because I wanted people to see a facet of French humor. I did this one at my home in January, and after an hour and a half, there was a room full of people literally laughing non-stop, it’s so ridiculously funny.

And the presentation I do with that is “The Origin and History of French Humor” starting in the 18th century with Voltaire.

In September we showed L’Amour Fou, my most favorite documentary on Yves Saint Laurent and his life partner, Pierre Bergé, with a presentation on the history of French fashion starting in the 17th century.

And the nice thing about these presentations is that they make people feel more connected to the movie, and you leave and you feel you have this slice of Frenchness, which is what I want.

MS: A slice of Frenchness.

MS: It’s perfect. And are the presentations in English?

VP: Yes. In my home, I did the presentations in French, but at SIFF we decided it was better to do them in English. Maybe in the future? 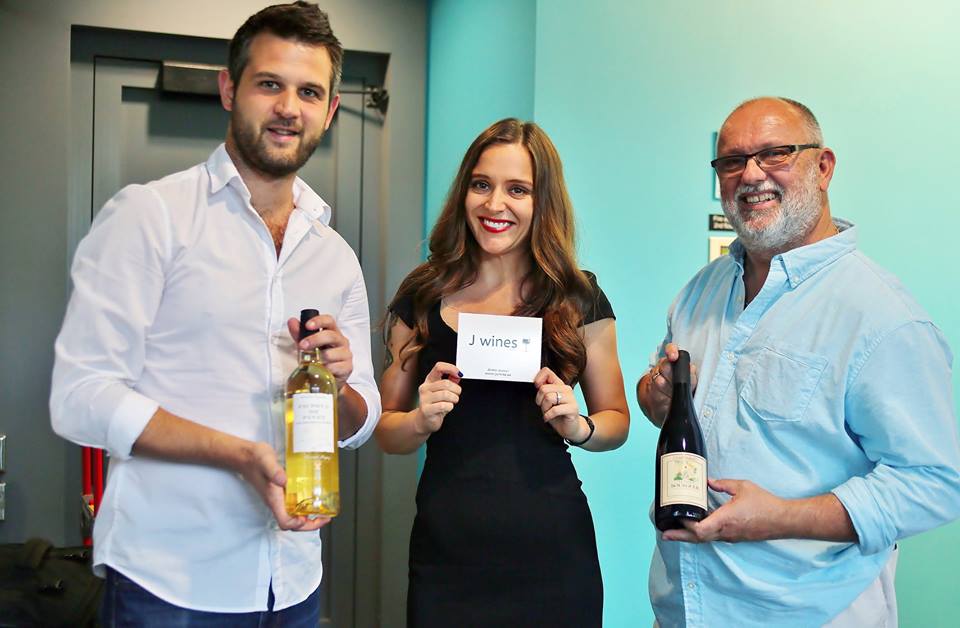 MS: And you will have wine and cheese at the SIFF events? Who caters that?

VP: Yes, I’m so excited. So these are people I met through the events that I did with the French American Chamber of Commerce in Seattle. The wines are from J Wines, the owner’s name is Julian, he’s French, and he imports wines from France. He does a really good job at explaining the wines. He has a little story for each wine, and he gets some wines that maybe people don’t know as well.

And the patisseries are from a Seattle bakery on 4th Avenue in Belltown, called La Parisienne, and they’re doing really nice stuff, like pastries and quiche. We decided that it would be good to do a little sweet, a little savory.

VP: Yes, everything, the food, wine, presentation, everything, it’s a deal, right? And this is a monthly event!

MS: Are the next events already scheduled?

VP: Yes! We have two more scheduled for October 12 and November 9. Our next film is “Violette,” which is a true story about a French writer, Violette Leduc. She wrote about female sexuality at a time when this was still taboo, around WWII, and so even though she didn’t call herself a feminist, she is considered to be one of the early French feminists. The film is about Violette’s evolution and also about her friendship with Simone de Beauvoir, who believed in and encouraged her.

And so the presentation will be about French feminism in the 20th Century.

MS: Sounds great! Is there anything else you would like readers to know?

VP: Yes, I want to let readers know that I also organize and personally guide tours in France!

I love women to connect and create friendships, so the tours are for 10 people max. Plus I organize French dinners for all the participants before we go so we all know each other before the tour has even started! The idea is to make it very personal.

We explore hidden treasures, medieval villages, wineries. It’s wonderful! In fact, I’m just back from a tour to my hometown, Lyon. We had such a great time!

MS: The film series and the tours both sound wonderful! Good luck with both ventures!

Previous Article How Would You Spend €1,000 in Nice?
Next Article Little Black Book: My France Favourites by Martha Sessums