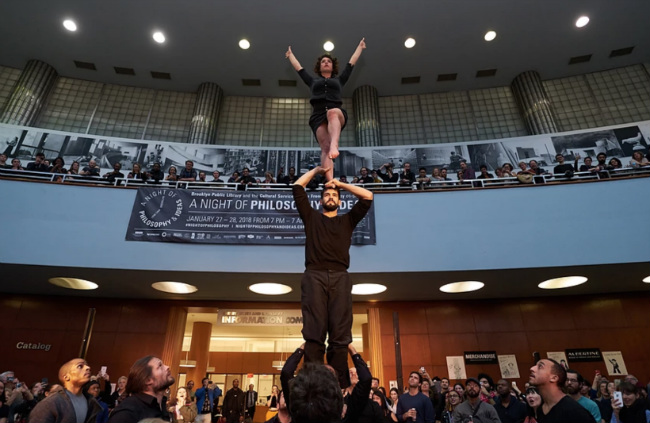 It will be a free seven-hour marathon of philosophical debate including cultural, science, climate and technology explorations alongside art, literature and poetry demonstrations and discussions. The mayor of San Francisco will kick it off, and KQED radio will broadcast the conversations. Famous French and San Francisco-based artists and thinkers will join and drive the discussions.

It all happens February 2 starting at 7 p.m. ending at 2 a.m. at the San Francisco Public Library. Good thing music, dancing and yoga (oui, yoga) will be interspersed to add energy. 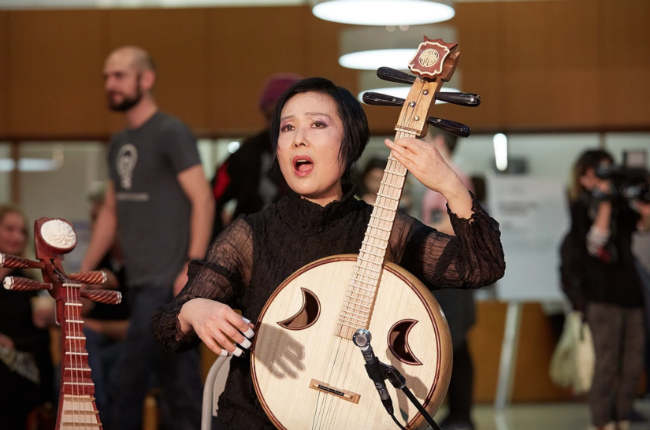 This is San Francisco’s first time participating in the Night of Ideas positioned as part of the After Tomorrow 2019 season. The evening marathon began five years ago in Paris as La Nuit des Idées and has grown to more than 70 countries on five continents in 120 cities. Other participating U.S. cities are Los Angeles, New York City, Washington, D.C. and Houston. The events will be held on the evenings between January 26 and February 2 and focus on the “Facing Our Time” theme but each participating city can make it relate to local needs. All events are co-produced by the Cultural Services of the French Embassy, the Institut Français, Paris, and local partners.

“Thanks to this global initiative launched in Paris in 2015, thousands of people gather and celebrate ideas in more than 100 cities in the world,” said Emmanuel Lebrun-Damiens, Consul General of France in San Francisco. “As time accelerates and innovation constantly disrupts our lives, there is no better place than San Francisco to discuss our 2019 theme: The City of the Future.”

The inspiration for San Francisco’s theme is driven by a reflection of the city itself. As Matthias Carette, Press and Communications Attaché at the French Consulate in San Francisco said, “In San Francisco the tech industry, businesses and the varied culture all mix together so it’s important that they work together to give a voice to civil society.”

From the city’s mayor, London N. Breed: “San Francisco is a creative city that draws inspiration from the people in our neighbourhoods as well as cultures all over the world. I invite all of San Francisco and the Bay Area to participate in the Night of Ideas and to share your thoughts and dreams about the future of our great city.”

According to Carette, 5,000 people signed up to attend the event in the first six days, and the only promotion was on social media. Currently there are more that 8,500 that have signed up on Eventbrite.

Breed launches the celebration along with the co-presenters of Night of Ideas which includes the French Consulate in San Francisco, the San Francisco Public Library and the San Francisco Museum of Modern Art (SFMOMA). Also in attendance will be Gérard Araud, French Ambassador to the United States. Local radio station KQED is the media partner. 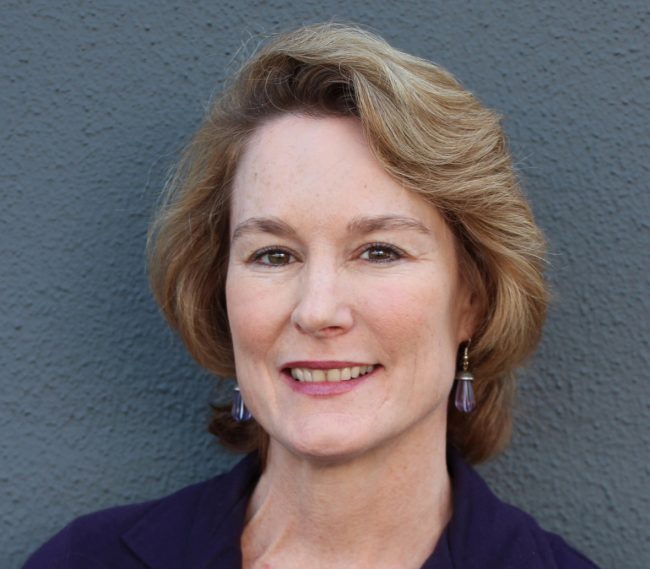 Holly Kernan, KQED Chief Content Officer said, “My first thought was how quintessentially French to hold a night-long conversation about philosophy and ideas – I love it. It’s completely in line with the mission of what KQED does every day: host thoughtful conversation and debate about issues that matter to our future and our democracy. It’s fun, it’s creative, it’s perfect for San Francisco. And, what better than a smart art party!”

The smart art party really takes off at 8 p.m. with a variety of poets, thinkers, urbanists and students who will explore themes such as “poetic city,” “transit city” and “teen city.” Starting at 9 p.m. and continuing until 2 a.m., an open mic stage will allow the public to share thoughts and ideas for the future of cities. SFMOMA, the Institute for the Future and Civic Common Center will drive panel discussions around the “equitable city,” “media city” and “welcoming city.”

Want to listen to the conversation but can’t attend? Michael Krasny will host a live remote two-hour special broadcast of KQED’s Forum at the event from 8 – 10 p.m. and will moderate some of the discussions.

The discussions will continue with a wide variety of influencers in San Francisco and beyond. Michelin-starred restauranteur Dominique Crenn, the National Park Service, Litquake, James C. Hormel from the LGBTQIA Center and Dominic Alba, Director of the Parisian Urbanism Agency will curate discussions and present keynotes.

Lebrun-Damiens’ favourite topic will be the “green city” topic. “I am convinced that urban green spaces are one of the most effective solutions to many issues of our time, such as noise pollution, social isolation or global warming. Parks are the glue that keep our communities together and break social barriers. I really want to attend this panel to understand how parks are such catalysts of social change.” 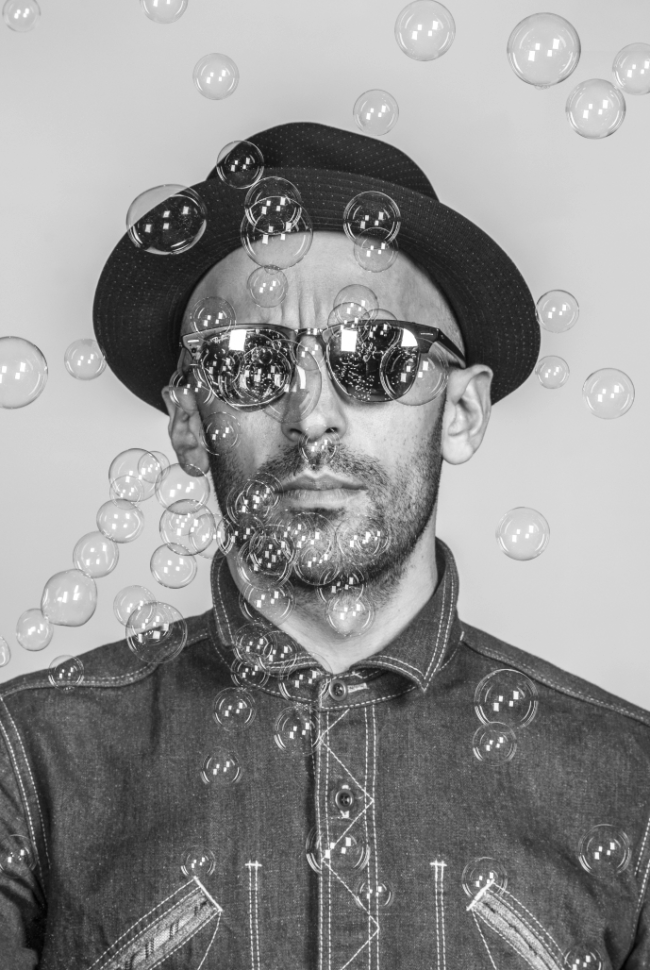 French artist JR, who spent two months in early 2018 photographing and interviewing nearly 1,200 people in 22 locations across the San Francisco, will hold a discussion about how an entire city can be represented through art. His SFMOMA exhibit “The Chronicles of San Francisco” will open April 25 and claims to draw inspiration from Diego Rivera’s murals that are found throughout the city.

Other late-night discussions will include John Law, founder of Burning Man, and Nicola Delon, designer of the French pavilion at the Venice Biennale. The Institute for the Future will provide an experience of the power of civic imagination with the audience.

Throughout the evening food, beverages and wine will be served to keep up everyone’s energy and engagement. The power of the evening’s discussions will probably provide lots of energy while that promised yoga may be needed as a relaxer.