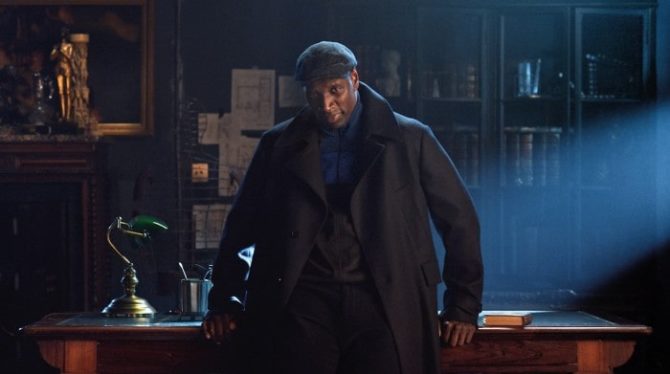 From funny man to Netflix’s favourite Frenchman: how the star of Lupin conquered the English-speaking world.

Omar Sy has come a long way from the days when he was best known for goofing around on his mate’s radio show: he has just become the first French artist to sign a major multi-project deal with streaming giant Netflix.

Sy wowed international audiences as Assane Diop in the smash-hit series Lupin, based on the tales of Arsène Lupin, the gentleman thief invented by author Maurice Leblanc in 1905. The show ranks as one of Netflix’s most popular series to date.

Now his production company will develop original films for Netflix, which will see Sy, who was a creative producer on some episodes of Lupin, starring in some of the projects as well as being executive producer.

Gaelle Mareschi, Netflix’s director of international original film, said: “We look forward to working together with Omar and his team as he grows as a producer and brings more unique stories and voices to Netflix.”

As a child, Sy grew up on a council estate in a Paris suburb, one of eight children born to immigrant parents. Amongst his friends he counted Jamel Debbouze, now one of France’s best loved comedians and actors. Sy appeared on Debbouze’s first radio show before venturing into stand-up as part of double-act Omar et Fred (with Fred Testot), whose TV sketch show was an unexpected hit. Before he knew it, Sy was picking up regular work in small comic roles in numerous movies. And then, in 2011, along came The Intouchables. Directed by Olivier Nakache and Éric Toledano, it tells the story of an unlikely friendship between a wealthy quadriplegic (François Cluzet) and his caregiver (Omar Sy), a young man who has just got out of jail. Based on a true story, the heart-warming social comedy won the hearts of audiences across France and saw Sy become the first black man to be awarded the César for best actor.

ON THE BIG SCREEN

Since then, Sy has ventured into Hollywood, picking up roles in blockbusters such as X-Men: Days of Future Past and Jurassic World. His next big-screen role will see him in Mathieu Vadepied’s Father & Soldier, which is shooting now in France. Set in 1917 in the French colony of Senegal, Sy plays a father who enlists for duty to stay by his son’s side and protect him from harm after the boy joins up against his wishes. Together, they prepare to face the trenches of the First World War.

And then, of course, there’s Netflix. We’ll see Sy reunited with Lupin director Louis Leterrier for Tour de Force, an action comedy due on our screens in 2022.

Early career: After becoming a regular on his pal Jamel Debbouze’s radio show, he teamed up with Fred Testot to form double-act Omar et Fred. The duo had a successful TV comedy sketch show, but Sy soon progressed to minor roles in movies.

I know the face… Sy has had numerous roles in some big-name movies- one of his first big breaks, though, was opposite Tom Hanks in Ron Howard’s Inferno, based on the Dan Brown book.

Where will we see him next? He will appear in Mathieu Vadepied’s World War I drama, Father & Soldier, as well as teaming up again with Lupin director Louis Leterrier for Tour de France, an action comedy due to air on Netflix some time in 2022.

C’est pas vrai! Lupin became the most-watched non-English series on Netflix. An astonishing 76 million members tuned in during the first four weeks. It was the first French show to make it in to the top ten most-watched in the USA, hitting the No. 3 spot.